An activist has chained himself to the wheel of a Kinder Morgan-affiliated vehicle on Burnaby Mountain in an area where surveyors had planned to do work for the Trans Mountain Pipeline expansion.

The protester, who would not identify himself, got down on the ground on his back and chained himself to a vehicle reportedly used by a Kinder Morgan employee to get to the site this morning.

A group called Caretakers have been poised to block Kinder Morgan from working in the area. Group member Stephen Collis told News 1130 about today’s actions:

“Local residents were able to repel them to send the Kinder Morgan workers off. Now there;s a continuing incident down here on the street right below to train where an individual is lying underneath one of the vehicles Kinder Morgan came here in, making it so they can’t use the vehicle at the moment.”

The protester chained to the car has been identified in the media as George Khossi. He says he will stay under the car until “[Prime Minister Stephen] Harper is impeached.”
Khossi, 18, was among the protesters camping over night on Burnaby Mountain ahead of today’s protests.

According to reporters at the scene, the RCMP says the protester is indeed breaking the law, but there are no immediate plans for his arrest.

Pipeline protestor says he will stay underneath Kinder Morgan vehicle until “Harper is impeached” pic.twitter.com/GaiVVYYA4f 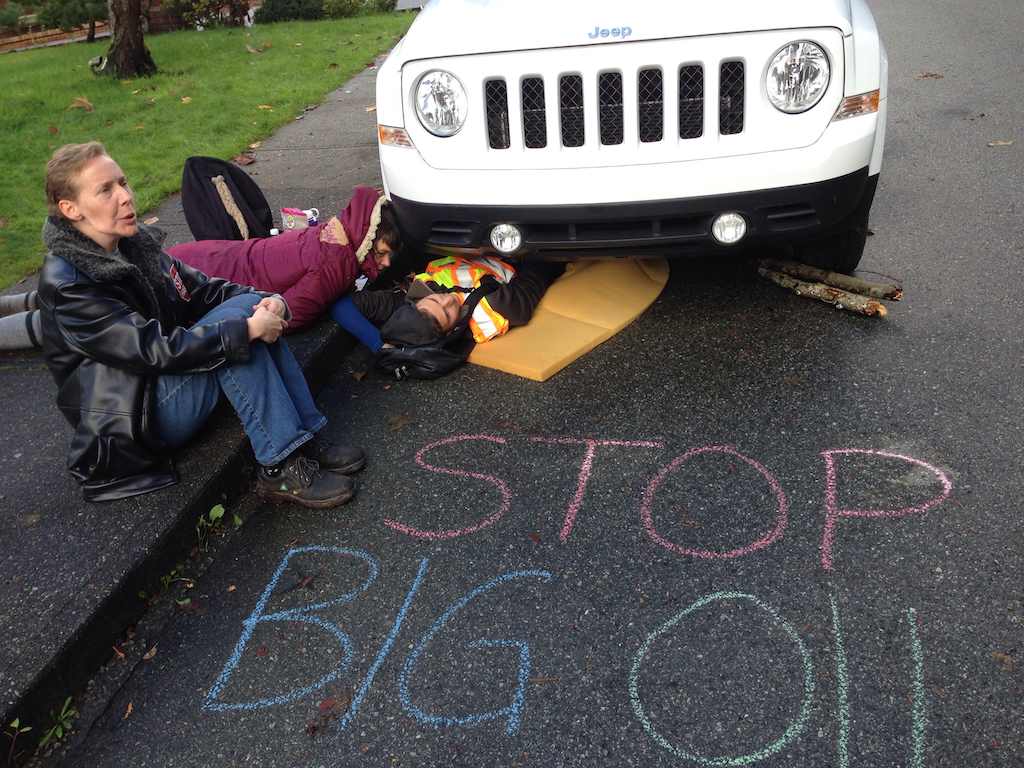 UPDATE 3:35 PM: Khossi is reportedly agreeing to unlock himself from the jeep if authorities promise he will not be arrested.