Ahead of the First Ministers’ Conference, Prime Minister Justin Trudeau helped launch a new economic and environmental initiative by a group of business, community, non-governmental, indigenous, and environmental leaders.

The main tenets of Smart Prosperity’s action plan are to accelerate clean innovation across the economy, boost energy and resource efficiency, price pollution and waste, invest in advanced infrastructure and skills, and conserve and value nature.

A roadmap released by the group calls for smart government policies that can create win-win outcomes for both the economy and the environment. As well, the group will demonstrate to businesses and other levels of government that they can thrive with clean growth.

British Columbia’s carbon tax is noted in the roadmap as a prime example given that it led to a 16 per cent decline in fuel use without impacting the province’s GDP. The federal government’s plan to enact some sort of federal nationwide carbon tax will be at the forefront of the First Ministers’ Conference agenda.

“The biggest challenge we’re facing is reminding Canadians and restoring their confidence in the fact that they don’t have to choose a strong sustainable economy and and a protected environment, that those two things go together,” continued Trudeau.

“We know that in the new global context, sustainability is a sound business strategy. We all know that investing in innovation, supporting clean technology and encouraging sustainable practices will foster emerging industries, job growth, market access, and global competitiveness. In short, new growth will be clean growth. The future is happening now and Canada needs to be a part of it.”

Trudeau is scheduled to make a keynote speech at the GLOBE Conference at the Vancouver Convention Centre on Tuesday morning. 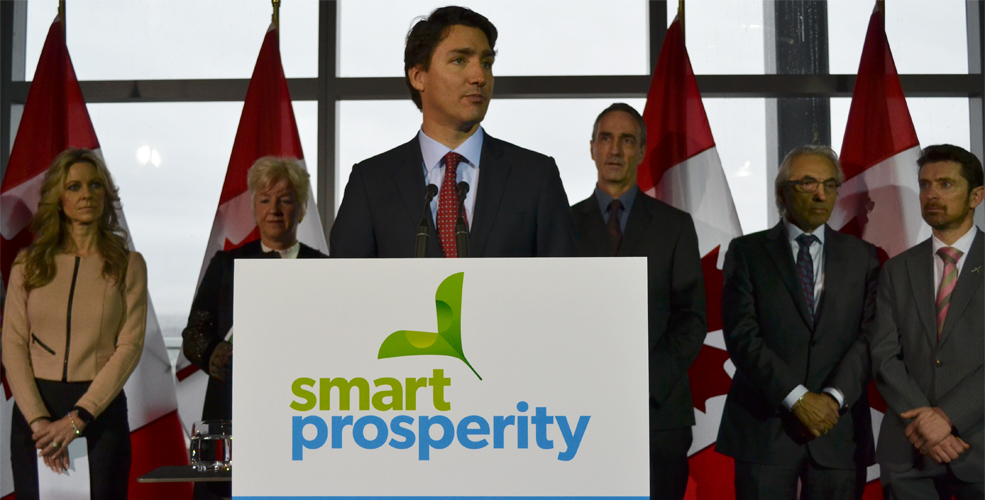