A proposal to build a massive all-season ski resort just north of Squamish, on crown land between Alice Lake Provincial Park and Garibaldi Provincial Park, is one step closer to becoming reality after the B.C. government granted the project an environmental assessment certificate today. It would be built on a ridge of Mount Garibaldi.

The $3.5-billion Garibaldi at Squamish resort project, proposed by Vancouver Canucks owner Aquilini Investment Group, consists of 124 ski runs over 668 hectares of terrain, three gondolas, 18 chairlifts, and three lodges on the mountain. Up to 22,000 people could be accommodated in the plan that includes 1,700 hotel units and 5,736 housing units within three interconnected villages.

But there are 40 legally binding conditions that must be met by the proponents before construction can occur.

Some of the major requirements include implementing methods that will limit the rate of ground water withdrawal from an area aquifer, creating a biodiversity plan to address potential impacts on vegetation and wildlife, completing a study that determines the effects of construction and operator of groundwater pumping from the Cheakamus River, and designating at least 10 per cent of resort bed units as employee housing to limit potential adverse effects on housing costs and rental supply in Squamish.

Other requirements will necessitate a possible boundary expansion by the District of Squamish if the resort falls within the municipal jurisdiction, and municipalities along the corridor will need to decide whether to amend their Regional Growth Strategy.

Following a public consultation process, the proponents removed housing developments near Brohm and Cat lakes and the plans to build two championship golf courses. The project will also use a groundwater supply instead of surface water.

An area of 27.59 square kilometres was considered in the provincial government’s environmental assessment.

With 2,500 full-time jobs when the resort is fully operational, Squamish residents and businesses stand to economically benefit from the project, but it would likely be greatly detrimental to Whistler further up north. The proposed resort is approximately 30 minutes closer to Vancouver than Whistler.

Critics of the project have argued that snow levels in the area are unpredictable and may not be ideal for skiing.

On the other side of the Lower Mainland, a $1.5-billion plan to revitalize and expand Hemlock Resort at Harrison Lake received provincial government approval last fall. With 6,000 hectares of skiable terrain, 283 trails, and 23 lifts, it would rival the size of Whistler Blackcomb. 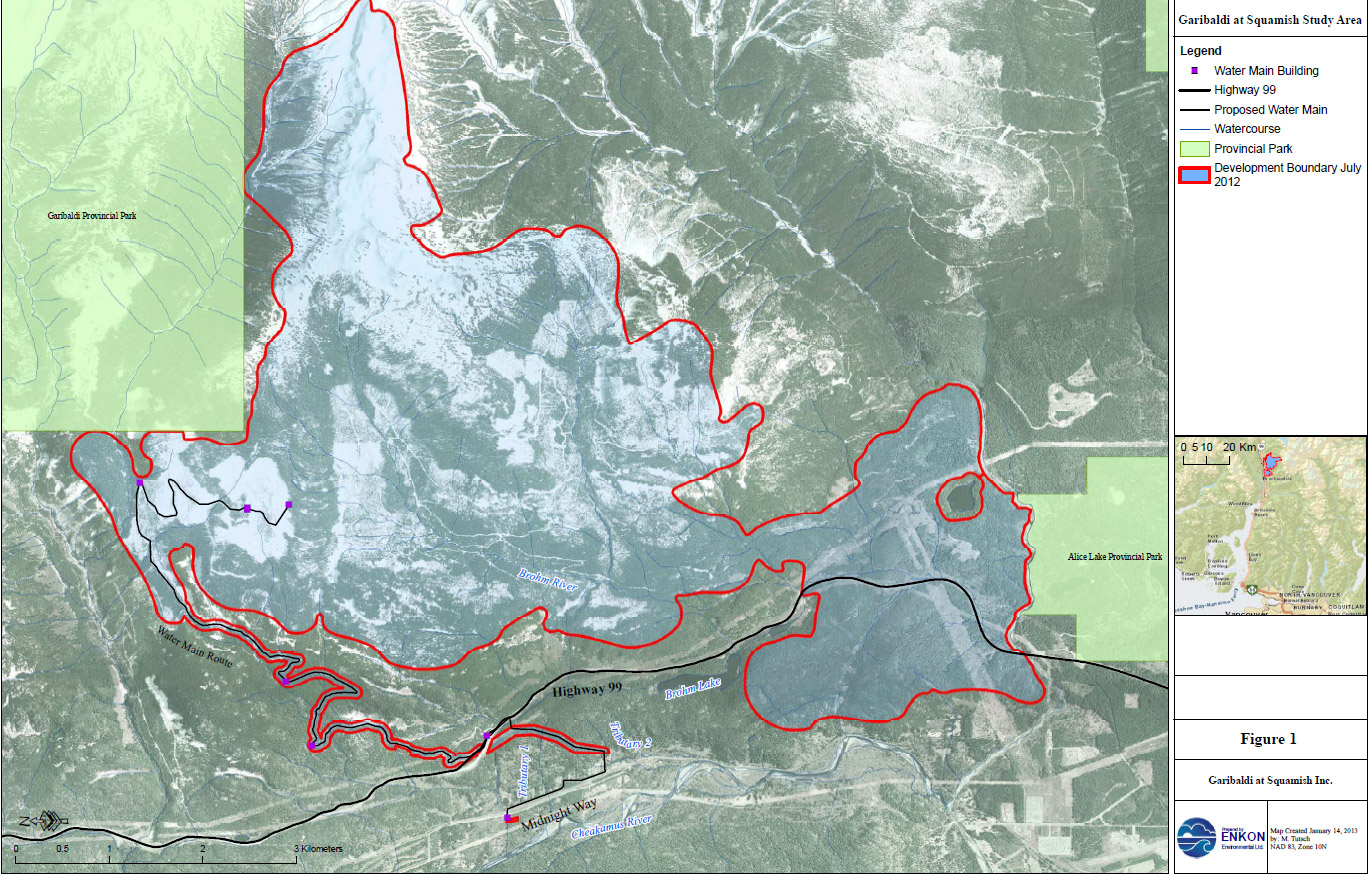