Tom Mayenknecht, host of the Sports Market on TSN 1040, has submitted a proposal to the City of Vancouver to rename the stretch of Abbott Street between Pacific and Expo Boulevard to “Pat Quinn Way.”

Mayenknech feels the link between Quinn and this stretch of Abbott Street is a natural and historical connection.

“Pat Quinn presided over the move of the Canucks from Pacific Coliseum to Rogers Arena (formerly General Motors Place) in 1995,” Mayenknech writes in the proposal.

“His office on the fourth floor of what was then General Motors Place overlooked the intersection of Pacific Boulevard and what would be renamed Pat Quinn Way.”

He also cited Quinn’s personal, emotional and symbolic connection with Gate 16, currently on that section of Abbott Street, and the long-standing relationship between Quinn and the Griffiths family, the namesake of parallel street Griffiths Way. 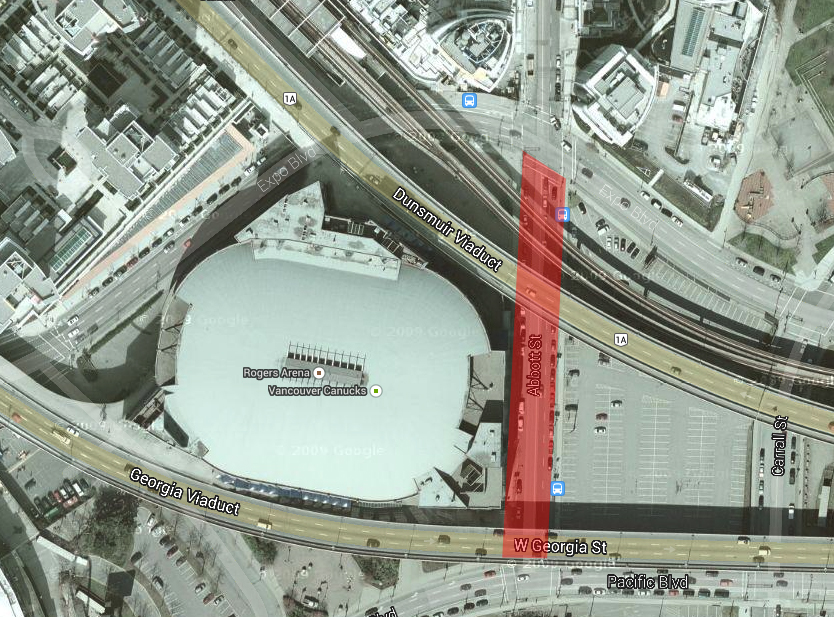 Pat Quinn passed away November 23 after a long illness. Since then, there’s been an outpouring of stories and memories being shared as fans, friends and colleagues remember The Big Irishman.