You may have missed it, but Kelowna-based Prohibition Brewing Co. opened their doors at a hidden location in Yaletown and are pouring suds as we speak.

That’s right, a new craft brewery has opened in Yaletown; consider it the little brother to Yaletown Brewing Company, but a feisty little brother. Prohibition Brewing officially opened their doors early March at 1269 Hamilton Street; but it was a quiet opening that eluded even us…at least for a week or so. So what can you expect at Prohibtion? 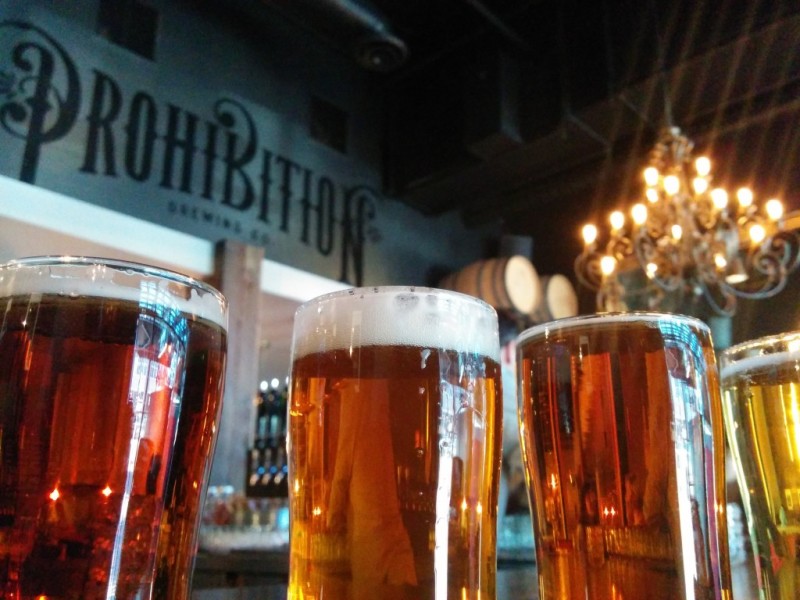 The interior of the space is what you’d expect from a brand named after the historic prohibition era. A rustic wood feel with some old world chandeliers and red velour upholstery seating it’s a vibe that is very reminiscent of nearby Parlour. 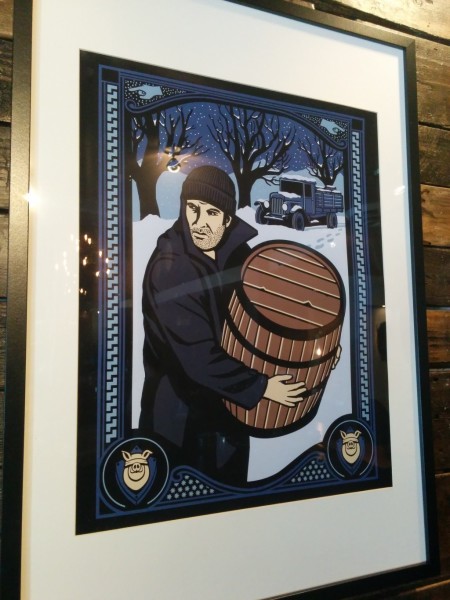 Like the labeling? They were designed and created by hand by Vancouver artist, Rory Doyle. But why choose the blind pig? A Blind Pig was the speakeasy for the working man. They chose it as their symbol they are aiming to “bring craft beers to good, honest, hard working people.”

Definitely worth checking out as even with the quiet opening there were plenty of in the know beer drinkers in when we went.