Kevin Wharton, the man behind multidisciplinary firm, Designers at Large, motions for me to crouch down low. Something is stirring in the fridge just past the counter top. The legendary Blue Buck. Elusive, fleeting and peripheral, the stag’s essence is a treasure fit to be bottled. And there happens to be a couple of cold ones, just yonder, waiting to be slain…

We had met during an international incident between the Swiss and an errant cyclist. Kevin who in his youth was on Canadian National Cycling Team, later remarked that during his time at Ryerson, he moonlighted  as a bike courier to make ends meet.

“I’d ride a full day, come into the studio to work all night, get two hours of sleep and then back up at 730 in the morning. At one point for about 2 months,  I would sleep on this couch in the student council’s office.”

Designers at Large is a cross disciplinary studio working in the fields of architecture, public art, interiors, exhibit design and furniture design. As principal, it’s Kevin’s philosophy to respond to the unique needs of each client rather than to impose a particular aesthetic. It is this approach which is credited for allowing work on a diverse range of projects, from western Canada’s first Electric Vehicle Rapid Charging Station, to the innovative Flatfish series of furniture. 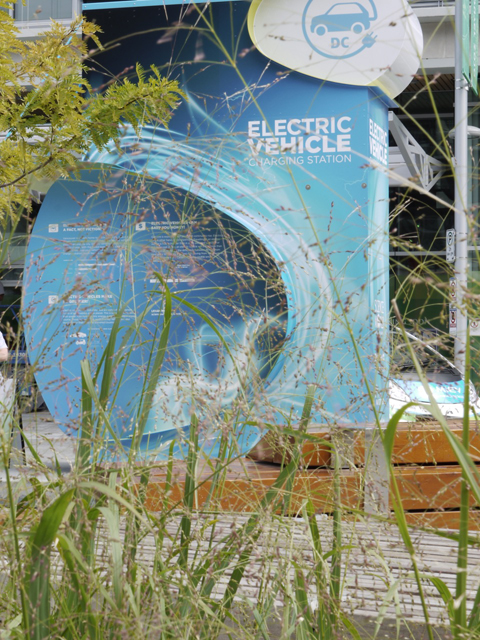 “For me it’s about who’s involved in the conversation and how to keep that conversation alive and vibrant. Sometimes that’ll be just me and a family doing a house and so then it’s my job to listen, to figure out what that family needs and to manifest it. It’s a very different process from designing furniture, ’cause that’s basically a conversation with myself”

Kevin goes on to tell me about the experience of designing the EV Rapid Charging Station, currently located at the South East False Creek Plaza

“Considering there were about 20 stakeholders from various groups, it was a surprisingly smooth process. Everyone was there for the same reason.”

One of the most interesting items in the DAL portfolio is the Flatfish Series, a line of furniture designed to function within the oft tiny living spaces of the Vancouver condo scene. To put it simply, the Flatfish 1.1 is a chair that converts into a coffee-table and back into a chair, or vice versa. So far Flatfish comes in two variants; one made of metal and the other, pricier version out of hand finished wood. More comfortable than it looks, the chair, with one smooth motion, is converted into a smart little end or coffee table. No playing with latches and locking mechanisms, it’s simply… simple. 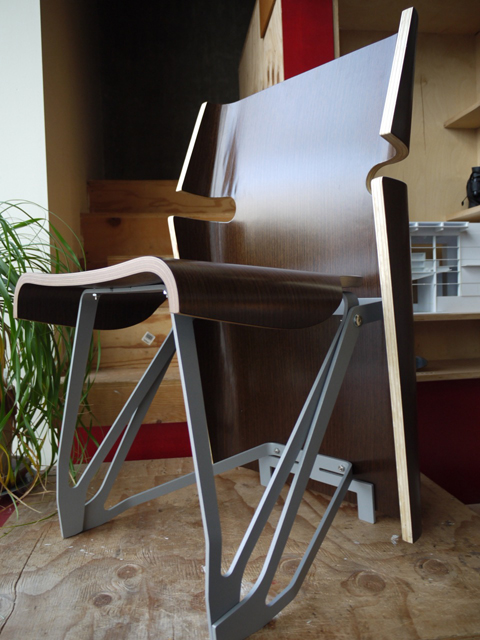 “The idea really came from living in the city of Vancouver, in small condos and apartments and hearing about the difficulties people have furnishing their homes.  I remember two friends in particular who had just moved into a condo in Yaletown and they had a modestly sized dining room table with 4 chairs and a livingroom set up and you could barely stand 7 people in this condo. So it’s just experiences like that and understanding the culture of Vancouver from that perspective, having worked on condo towers and understanding that space is at a premium. That’s what sort of got me first thinking about it. It’s just the first of a few different idea for convertible furniture that adapts itself to people who live in small spaces.” 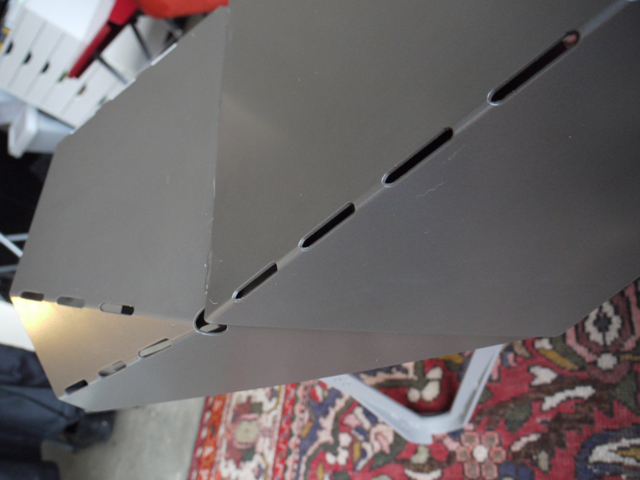 We continue at some length, speaking about the pros and cons of trade shows, working for challenging clients and the rewards that come with designing projects that go above an beyond the merely structural. Sometimes, it just so happens that both client and designer are on the exact same wavelength and the project becomes more than the sum of its parts. 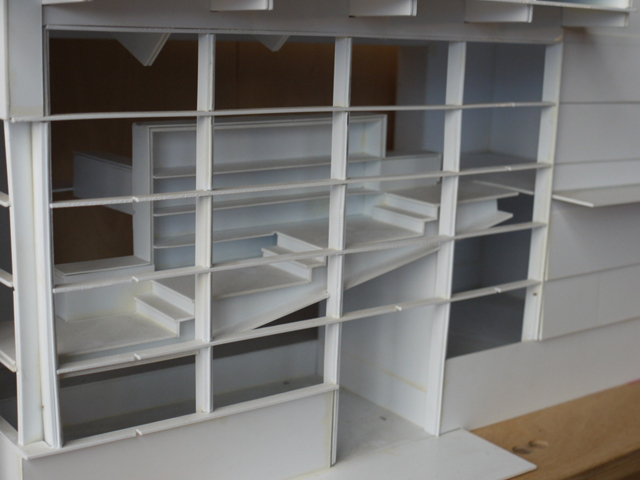 “Probably my favorite project was one of my first projects. An addition to a house in Mission. The client had a huge family and needed a space to have big family dinners. So they would have Christmas dinner with 30 people in this 1600 square foot house. And they would have to eat in shifts. Some would eat in the kitchen, some would eat in the living room on the sofa and even then they would have to rotate. So they wanted a big room where they could set up a big long table.  It ended up being about about a thousand square feet of addition and it was a very simple program. And the clients were so open to ideas. I’d show them the latest design proposal, explain the rationale and how it would fit into their family culture and every single time the were like, let’s do it. I made no money on that project but it’s still one of my favorites.”

Cracking a beer (finally catching the elusive Blue Buck) Kevin tells me about the music he listens to while working; Phantagram, Sex With Strangers, The Flaming Lips, and even the songs from Glee as a guilty pleasure. This leads to speaking about shows seen at the Malkin Bowl (Metric) beautiful summer days, riding bike from party to party and favorite Vancouver Design moments.

“I’d say in general, it’s the growing Vancouver Design scene itself. And I think in part it has a lot to do with the guys from Cause and Affect. They took it upon themselves to really generate some culture in the design community in the city.  Places for people to get together and hang out. Probably the most interesting one for me was going to Bocci’s fifth year party last summer at their design studio. It was packed with people from the design community, beautiful space, their lights everwhere, booze flowing freely… It must have cost a small fortune. It’s moments like that, when you’re engaged on a social level, that you can understand the depth of talent in this city.” 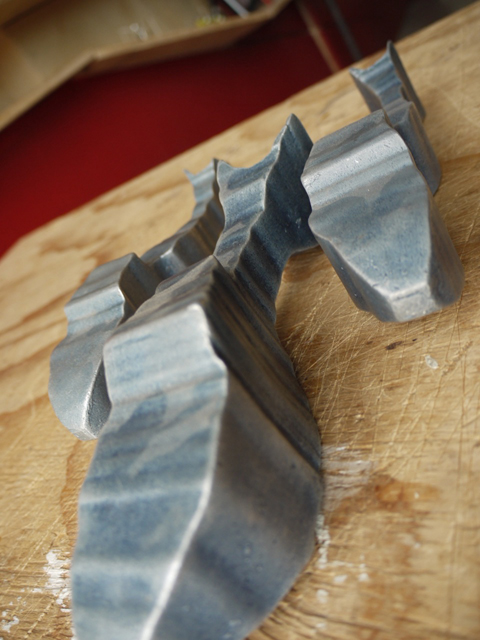 We conclude with a discussion about the new developments coming up in Vancouver, the uniqueness of the Woodwards building and how it will impact the community at large and the benefits it will bring. Finally he tells me about the secret to being a well rounded designer.

“Approach every situation you’re in as an opportunity to practice being a designer. Take every advantage of learning your craft, whatever type of design you’re engaged in. You may not be a capital D, designer on some days, but do what you can to learn. Look at every aspect of your life as an opportunity to design and craft.”