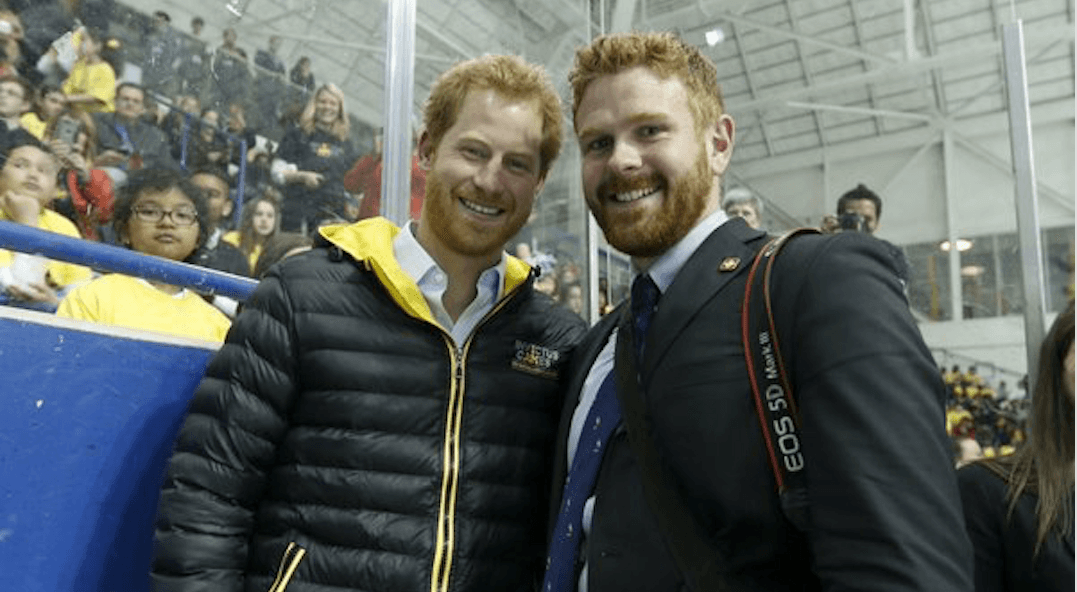 Prince Harry has a Canadian doppelgänger.

During his recent visit to Toronto for the Invictus Games, the royal lookalike caused a stir when fans thought he was spotted outside a hotel.

Last year, the two were photographed side-by-side in a photo taken by Trudeau.

I don’t ever ask for a photo, but the PM took my camera and insisted on taking a photo of two #gingers #cdnpoli pic.twitter.com/NrVWOlyZgI

The two redheads were at an event, when Scotti walked out before the Prince. In a video posted on social media, a fan can be heard yelling “Harry” as Scotti was spotted. Trudeau soon walks out of the doors, and points at Scotti and waves.

@JustinTrudeau you sneaky prankster. Would the real #princeharry please stand up? @AdamScotti had me fooled for a second there 😛 #Toronto pic.twitter.com/RQUvPwF7h1

And Scotti isn’t done having fun with his royal doppelgänger.

“Waiting to be hired for the Prince Harry Netflix biopic,” he wrote on Sunday. And on Monday, he shared a photo of another Canadian photographer who resembles royalty.

Something about Canadian photographers and their royal lookalikes. Meet @Ben_Nelms pic.twitter.com/trrQVJNMMK

Lookin’ like royalty ain’t bad. Especially when that royalty is Prince Harry.