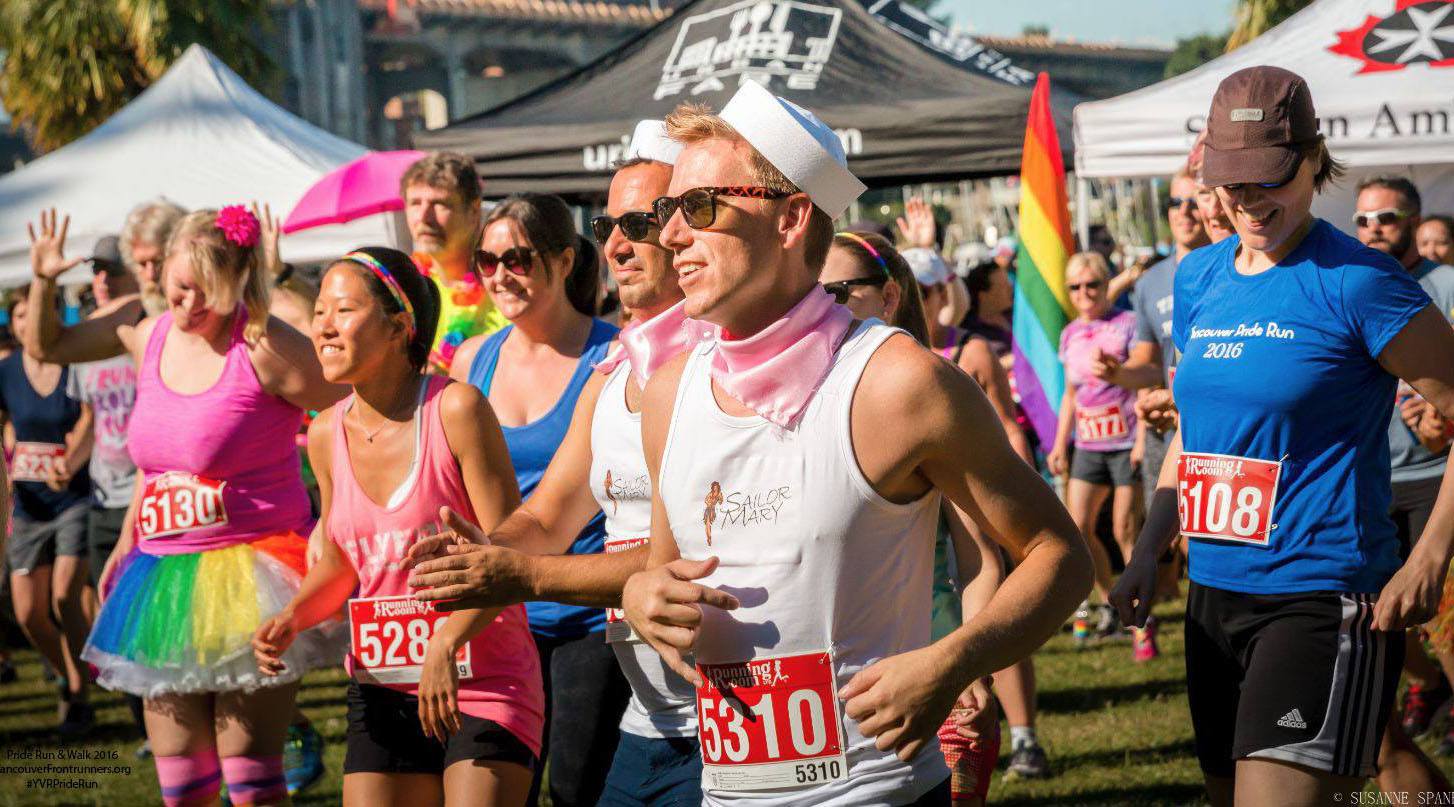 Pride Run and Walk is back for another year this July, returning to Stanley Park, to mark the first official event of Vancouver Pride.

The race, organized by inclusive running club the Vancouver Frontrunners and the Vancouver Pride Society, will take place on Saturday, July 22.

Unlike last year, when the starting line was moved to Sunset Beach, the 5 km and 10 km races are returning to Stanley Park once more.

Both races will start and end at Second Beach Park, with a turnaround point for those doing the 5 km near Deadman’s Island. The entire course is in the park or on the seawall. 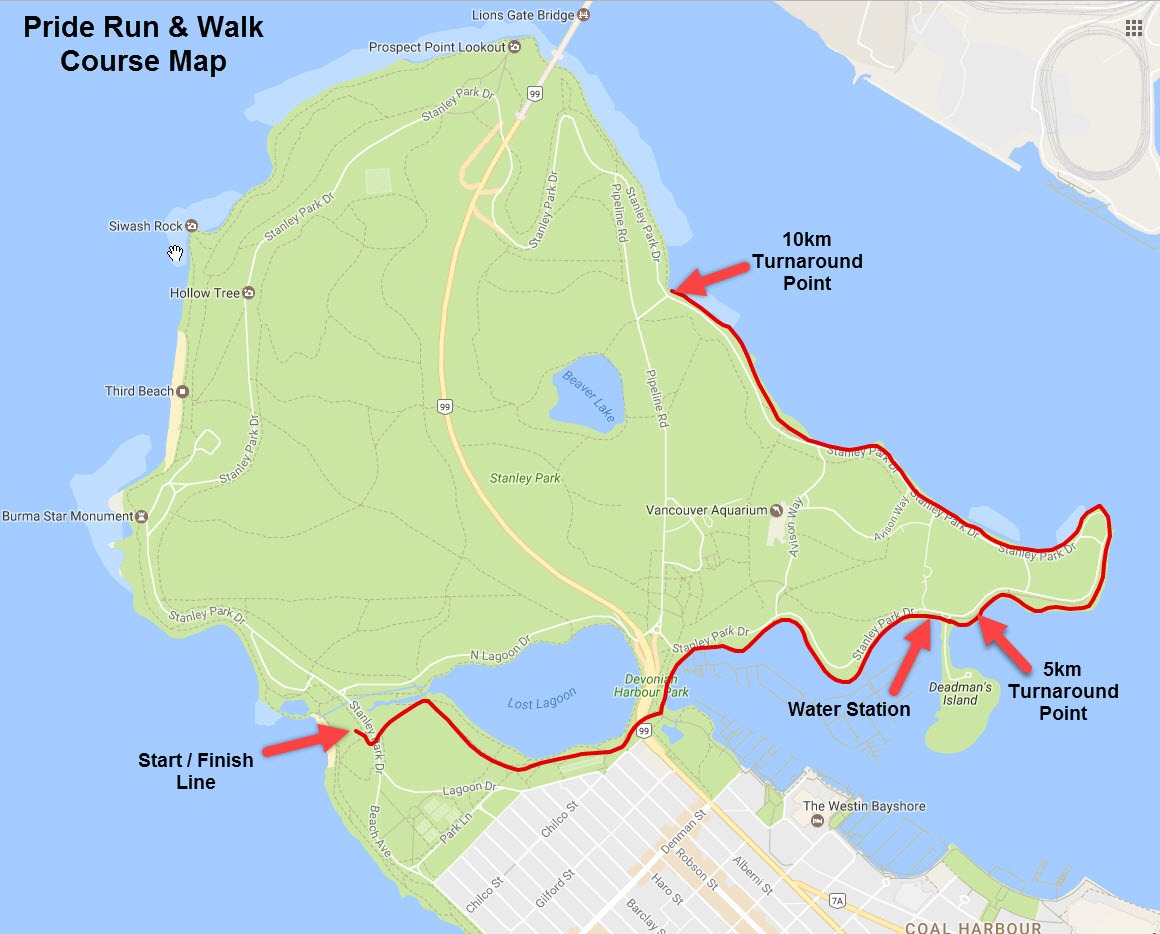 “We have more people signed up than in previous years, we’re bringing back a 10km course, a completely flat and more scenic course with minimal twists and turns,” said Hare. 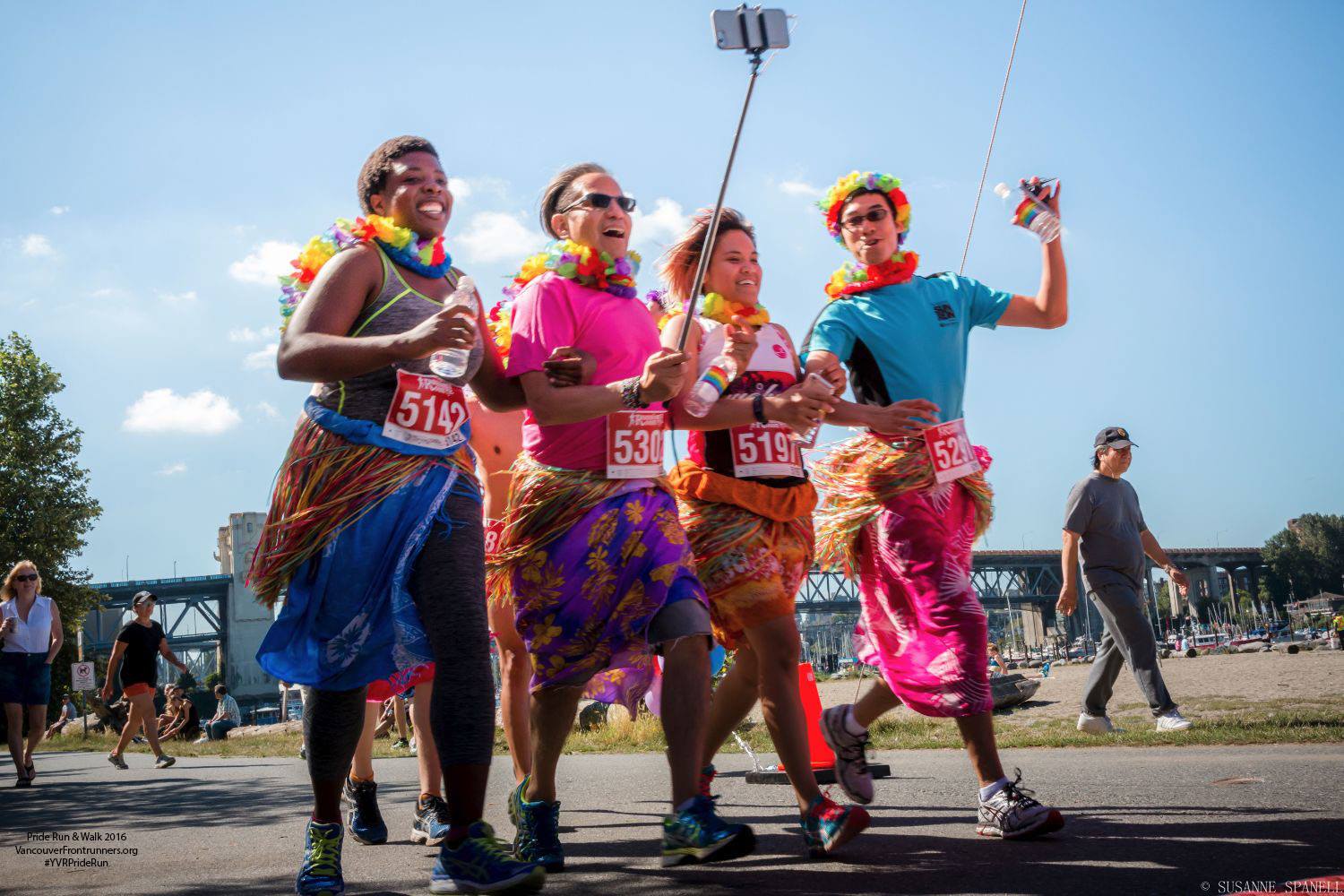 Founded in 2004, Pride Run and Walk has raised $80,000 over the years for deserving community beneficiaries.

Hare says that last year alone, they were able to raise just over $13,200, through donations made during registration, participants seeking pledges, and donating 100% of the profits.

Organizers are aiming to raise $20,000 this year, with all profits and donations due to be donated to two organizations, Out In Schools, and the LOUD Foundation.

Out in Schools engage youth through film in the promotion of safer and more diverse learning environments, free from homophobia, transphobia and bullying.

Meanwhile, the LOUD Foundation is an association of professional and ethical businesses that support the LGBTQ community with products and services. 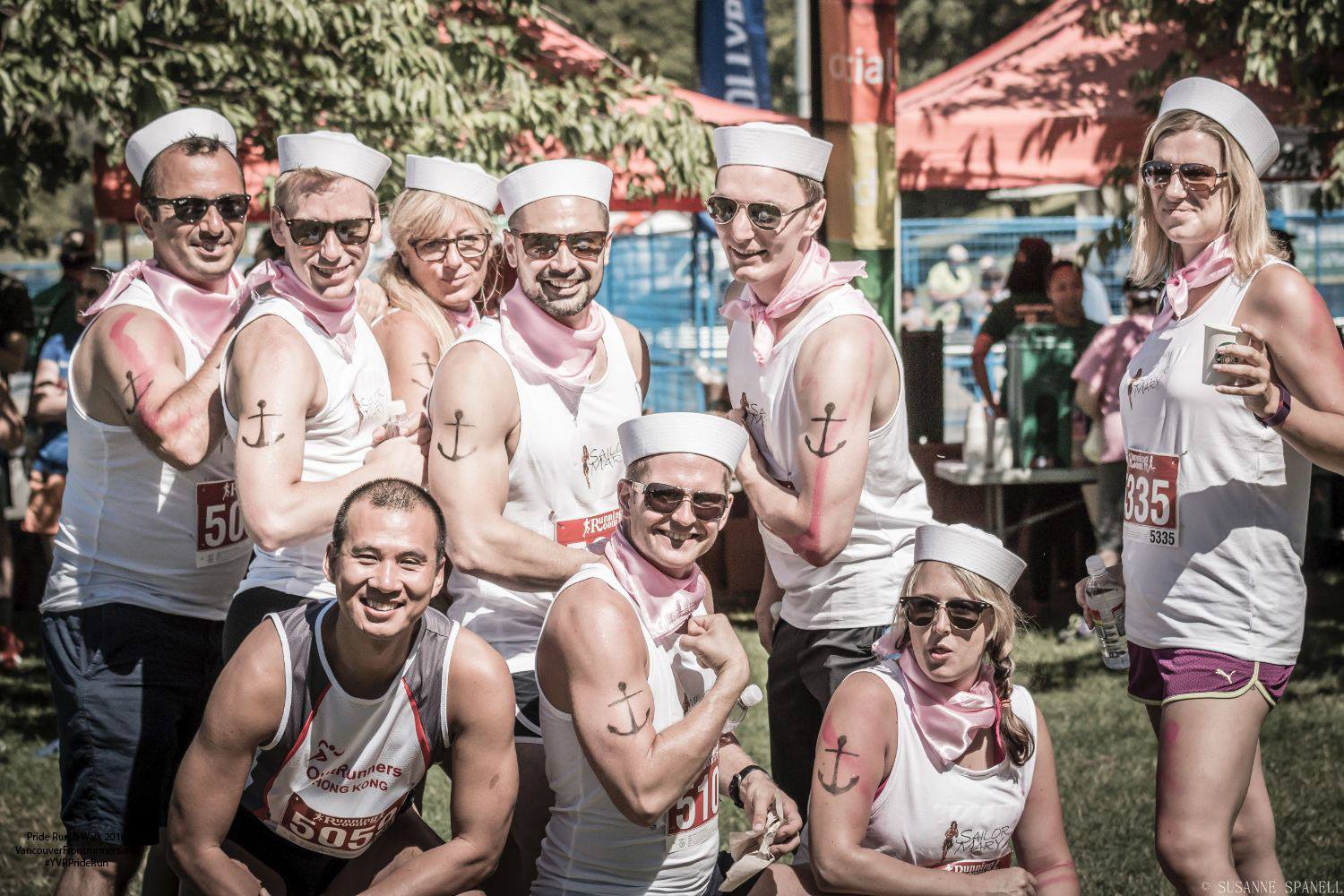 Pride Run and Walk can be anything you make it – some dress up, others go for a personal best. Prizes are handed out to the best dressed teams and individuals.

“Newbies can expect to find a fun-filled event, unlike other race events,” said Hare. “We encourage people to dress up in whatever makes them feel proud.”

“Last year we had 311 people cross the finish line,” said Hare. “This year we already have more people registered. It’s shaping up to be our biggest event yet!”

As well as the scenic run through and around Stanley Park, Pride Run and Walk also includes a disco water station, post run nutrition with games and activities for all.

“And thanks to the Pride Society, a beer garden that opens at 10 am,” said Hare. 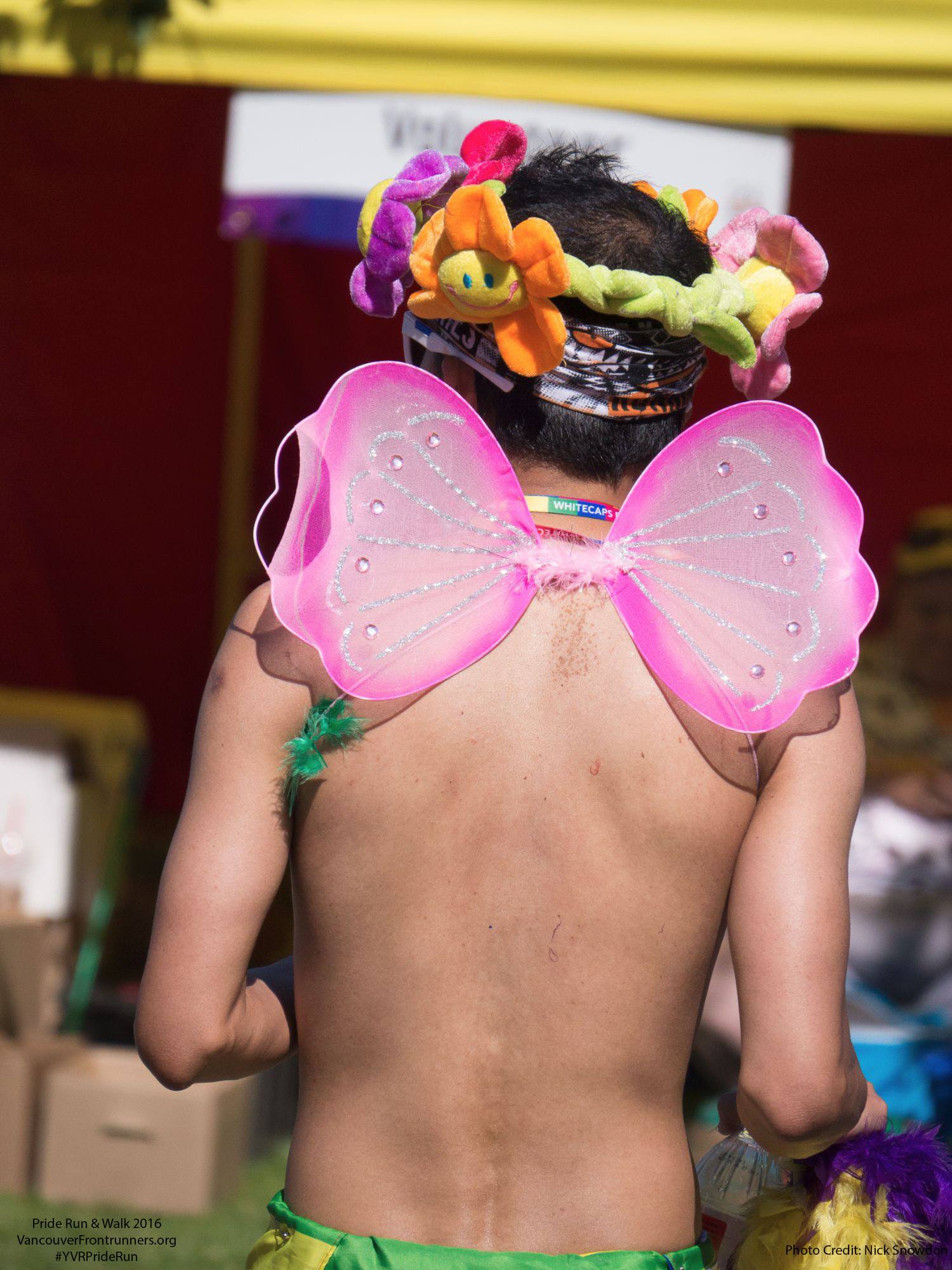 After the race, finishers and supporters are encouraged to stick around for Vancouver Pride Society’s first ever Sports Day and enjoy a picnic lunch in the park.

“Having Pride Sports Day following Pride Run, it’s going to be a big day with lots of entertainment for people of all ages,” said Hare.

Vancouver Frontrunners provides a safe and friendly environment for the LGBT community and their friends to enjoy running and walking at a variety of speeds.

The club meets for a run at 6:30 pm on Wednesdays at the Roundhouse, and for a run plus brunch at 9 am on Saturdays at Brockton Oval, and invites anyone interested to come along.

Register: Online registrations at vancouverfrontrunners.org end on Tuesday, 18 July, but late registration is possible at Race Package Pickup on Thursday, July 20, from 5 pm onwards at the Denman Running Room store, or on the morning of Saturday, July 22 between 7.30 am and 8.30 am. Registration is $40 per person.