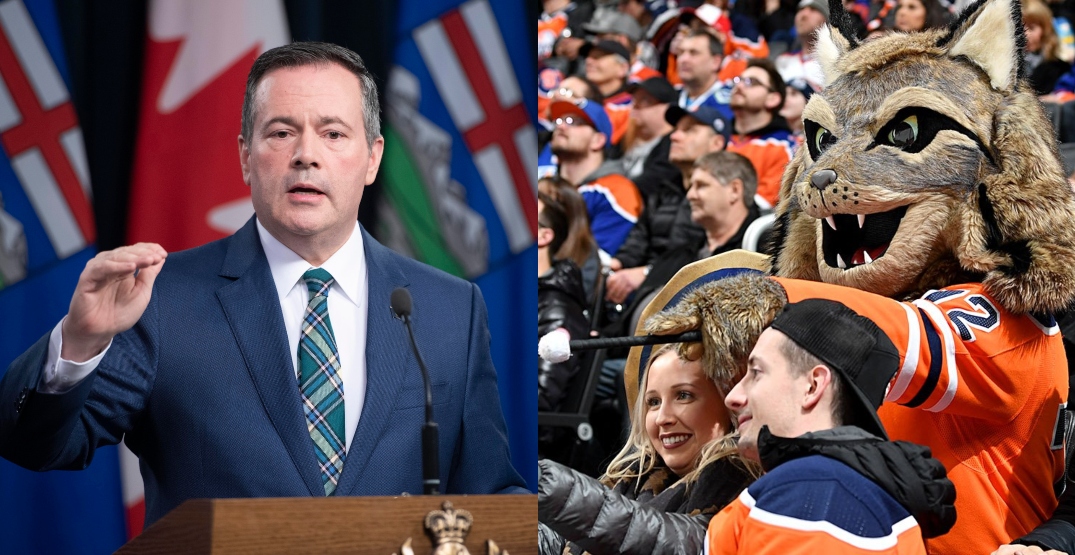 We’re into the home stretch for the NHL’s hub city bidding process, and Alberta Premier Jason Kenney is making his final push.

Edmonton, along with Vancouver and Toronto, are the Canadian cities still in the running to host NHL playoff games when the league restarts this summer.

“It’s the obvious choice to bring the NHL to Edmonton,” Kenney said on Monday. “We look forward to welcoming the league and players here to Alberta to take in the beautiful province we have to offer.”

Kenney, who for weeks has been campaigning for the NHL to pick Edmonton as one of two hub cities to host playoff games this summer, released a video to help prove his case.

Just one problem, the video doesn’t really showcase Edmonton at all. After the first clip, in which the Edmonton skyline is shown in darkness, the video looks like an ad for the Canadian Rockies.

It’s the obvious choice to bring the @NHL to #Edmonton.

We look forward to welcoming the league and players here to Alberta to take in the beautiful province we have to offer. pic.twitter.com/kp0iN86vCP

Jasper, of course, is beautiful, attracting tourists from around the world during normal times. It’s also nearly a four-hour drive away from Edmonton.

Since the beginning, Edmonton has been using the player experience as a selling feature, promising to reserve things like golf courses for the players to play at. Also working to Edmonton’s advantage is their new state-of-the-art arena, with an attached practice rink and the upscale JW Marriott hotel across the street, connected with an overhead walkway.

Here’s a look at some of the other bells and whistles promised for teams should the NHL set up shop in Edmonton, courtesy of TSN’s Ryan Rishaug:

OEG making a big push on the safety, and player experience elements in bid to be Hub city. Details below on what they have put in front of the league and the players. (My reporting in point form.) pic.twitter.com/HzDmp4p7ZH

While Edmonton is commonly thought to have one of the best rinks, with the best ice, in the league, players haven’t been kind in their assessment of the city. In a 2019 player poll, Edmonton finished third on a list of road cities players dread visiting the most, behind only Winnipeg and Buffalo.

So when a video showcasing Edmonton as an “obvious choice” circulates with barely a mention of the city itself, well, fans noticed:

probably smart that the second clip in this video is a steering wheel. pic.twitter.com/ECGOoogJe5

Edmonton gets selected to be a Hub city.

Players arriving to Edmonton:
“Huh i expected the Rockies to be a little rockier than this” pic.twitter.com/xdm88SGDjh

I don’t know, man. Have you seen Toronto? pic.twitter.com/Rx0xyOV8LM

It’s the obvious choice to bring the @NHL to #Edmonton.

We look forward to welcoming the league and players here to Alberta to take in the beautiful province we have to offer. https://t.co/kyTU98TMOa pic.twitter.com/5d90DofGuF

They’re playing in Banff and Jasper?

There’s literally ONE shot of Edmonton in this promo. Utter incompetence.

I think you posted the wrong video, Mr Kenney.