Policemen and Firefighters strapped with mechanical wings for another normal day of bringing safety in cities everywhere. That’s what French artist, Villemard, predicted the 2000’s to look like back in 1910. Alright, so he was a couple of propellers off, but the dude imagined audio books and construction cranes too. The reality is, trying to get a grasp of what 20 years from now holds used to be a feat people did at the risk of having their sanity questioned. At the Wavefront Wireless Summits, which was held in Vancouver from Tuesday to Thursday, it was encouraged to think a little crazy to make way for the year ahead. We’re in the future, and from the list of speakers and experts in the tech industry at the Wavefront Wireless Summits, this is what we can expect it to look like pretty soon.

The Internet of Things

If you think this is the next wacky title from Dr. Seuss where we can let our imaginations go wild – you might have to think again. The internet of things is here, it’s now. It’s our many mobile devices taking over our everyday lives. Or as Duane Forrester, Senior Product Manager at Bing, explained it simply: “Using knowledge to empower objects – THAT is the internet of things.”

On a micro level, our mobile devices are at the core of how we run. “Wearable technology is shaping the way we live our day to day lives,” explained Forrester. Google Glass, Smartwatches, and trackers such as Fitbit and Nike Fuel Band, are among the many devices using sensor technology to gather massive amounts of data about our personal habits and health. We’ll be seeing this technology connect more with with our online networks, making us more social than ever before.

But this sociable exchange may not be in the way we imagine. It’s not going be the ability to tweet from our Smartwatches or tap into a search engine from our kitchen appliances that make the internet of things exciting. It’s the internet’s ability to be dominated by machine to machine (M2M) communication. As Keynote Speaker and Cisco Canada CTO, Jeff Seifert, summed, “we’re in the midst of a transition to a mobile centric internet.” In plain speak, that means the number of devices connected to the web will rise from nine billion today, to a whopping 40 to 50 billion by 2020.

This concept take things a step further and goes beyond the everyday civilian and into businesses. The automobile industry, for example, will be able to take everything from the home and put them in a car, and even the Healthcare industry will benefit from devices that will transform the way chronic diseases are diagnosed and monitored. Even inefficiencies in the use of consumable water, which makes up only 0.5 per cent of the world’s water supply and is mostly used in irrigation for farming, are being solves through data collection of devices, like hoses and sprays, that have never been connected before. 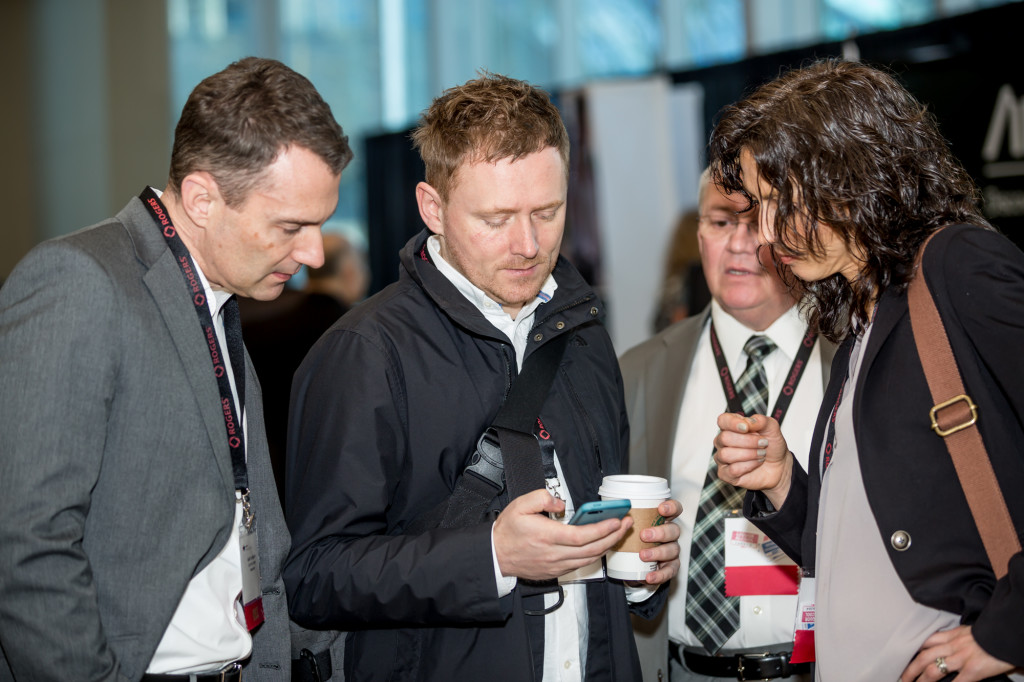 Opening your wallet to get a snakes-in-a-can surprise of credit cards launch at your face is going to be the least of your problems. The mobile wallet is going to be a natural transition moving forward. As CEO at Detecon, Daniel Kellmereit emphasized, the concert of the 1980s is unbelievably drastic today. “’Everybody has a phone and nobody’s really watching the event anymore,” he laughed. “It looks weird when you think about it, but that’s what it is. I think even 5/10 years ago we would have laughed at this picture.”

Now the only laughing comes from the guys who are doing it first, knowing many are still hesitant to make the transition. Particularly, our friends down south. “I think Canada is the most ready country to have this mobile integration,” David Robinson, VP of Emerging Business at Rogers stressed, introducing SureTap, the ability to make your phone work with any PayPass tap-and-go system anywhere.

“The thing is, if you have a credit card machine you’re ready,” he detailed. “The beauty of global payment models agree they’re global. It will work anywhere there are swipe-less machines.”

But there are still huge questions around this leather wallet replacement. What the heck will it look like? How hackable is this stuff? What if I lose my phone? That’s when Director Consult of Hyperion, David Birch swooped in with his invisible cape to mythbust the virtual monsters.

“You probably think that the wallet is going to look like an app, but it’s not really an app, it’s an API,” he revealed. “But really, the thing I’m most interested in going to be a mobile wallet that does exactly what my wallet does now? Well, that’s useless, I want my mobile wallet to be fantastic, I want it to blow me away.”

Is your phone going to be equipped with the ability to emulate a 50 cent piece of plastic? Yes – and then some. The mobile wallet has the ability to look at what the people around you are doing, how they’re spending, all while holding complete anonymity.

“My wallet becomes a social beast,” David exclaimed. “I get on a plane, I check in with British Airlines with my mobile wallet. Now I have a cryptographic, blinded, unlinkable token that allows me to say I’ve been on British Airways and tell trip advisor so I can find other deals without anybody knowing who I am – not even British Airways.” 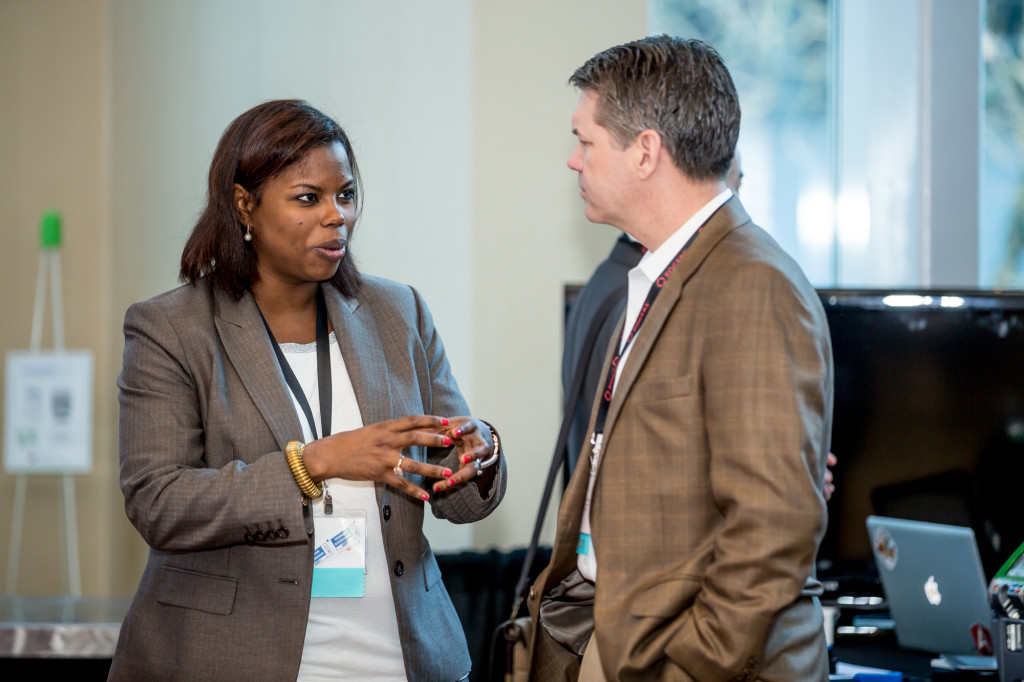 The huge bowtie at the end of this is what other devices will be able to do. Everything is going to be connected. Fridges are already connected, why not your closet? Why not the workplace?

As Founder and CEO of Bug Labs, Peter Semmelhack noticed, businesses are already finding ways to connect some out-of-the-box machines. Freebie vending machines, much like the ones launched by Telus last Christmas, are becoming a smart way for brands to integrate new technologies with old ones. “Connectivity isn’t intrinsically valuable, it just provides the opportunity to share,” he said.

Connectivity simply means the world will be speaking a new language, although we might not be the ones engaging in it. M2M, or machine to machine technology is what will allow daily items like your watch and shoes be connected with each other and the web. As VP at Gigaom Research, David Card confirmed with everything from 3D Printing to identity and device management, “connected devices is going to become necessary.” 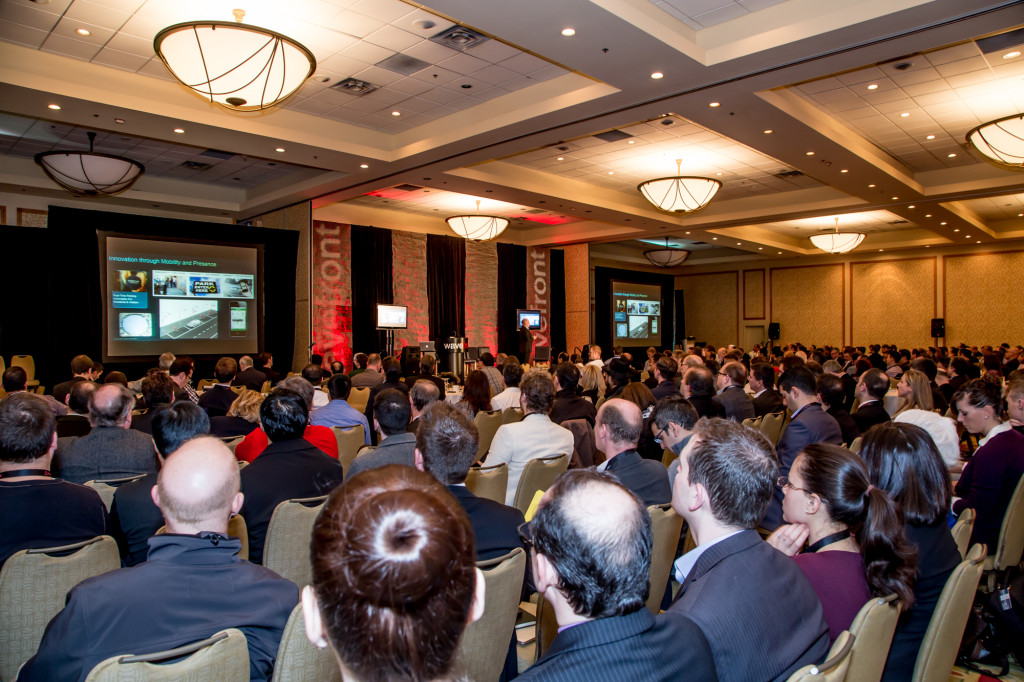 This has been a collaboration between Romila Barryman and Amaan Nathoo, Tech Contributors at Vancity Buzz.

Amaan Nathoo Born in British Columbia, raised in California; Amaan recently found his way back North and has made home in the growing tech scene that is Vancouver. Co-founder at instapit.ch and contributor to VancityBuzz, Amaan is an entrepreneur with an immense passion for technology. Connect and share your story with him @AmaanNathoo on Twitter.