Vancouver’s fifth parklet is a work in progress, and soon the community will have one more green space for hanging out.

The “Prado Parklet,” named for its location outside the Prado Cafe at 1938 Commercial Drive, is in part the vision of Julien Thomas, who reportedly overhead the Prado owner’s conversation with another customer about wanting to add on outdoor hang out space. Thomas said he’d do the project if he could build it himself.

The project moved to Kickstarter in December, and made its initial $3,500 goal, but did not reach its secondary goal of $8,000, wrapping up at $5,940. Materials and labour have all been crowd-sourced and donated; the project is doubling as a powerful hands-on experience for a number of students from around Vancouver.

The parklet is one of many being installed in the city under the umbrella of VIVA Vancouver, the city government branch dedicated to creating more pedestrian-friendly spaces around town. In June, VIVA Vancouver opened a parklet in the French Quarter, the fourth in the city.

In August, the conversion of the two parking spaces in front of Prado Cafe got underway. Initially hoping the parklet would be in place in March, delays with approvals from VIVA have slowed things down. The Prado Parklet will be open for people to come by, hang out, and enjoy as of Friday, August 15 at 4 p.m., according to Prado Cafe.

The Prado parklet coming together. pic.twitter.com/5zSMLpC7Cl 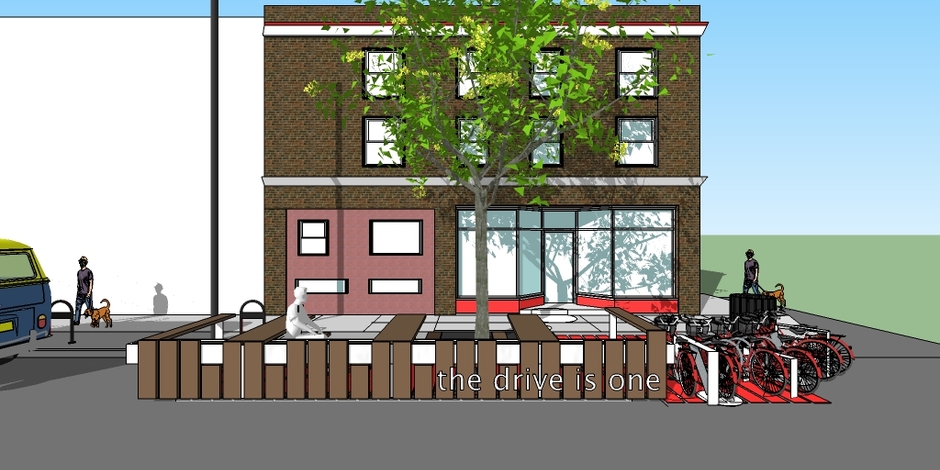