Inside Prado Café‘s second location, at the corner of Hastings and Abbott in Gastown, it almost seems like everyone walking by is about to walk in, thanks to the amazing floor-to-ceiling windows on the two exterior walls. This feeling is no accident; Prado owner Sammy Piccolo has long enjoyed creating cafe spaces where the community feels at home, and the customers feel like an integral part of the business.

Piccolo says he’s been thinking of a second Prado location almost since he opened the original Prado on Commercial Drive, but when it finally came down to selecting a space, it took him some time to settle on the spot, even turning down a year ago the precise place in which he’s opening up on Wednesday, March 18, 2015. 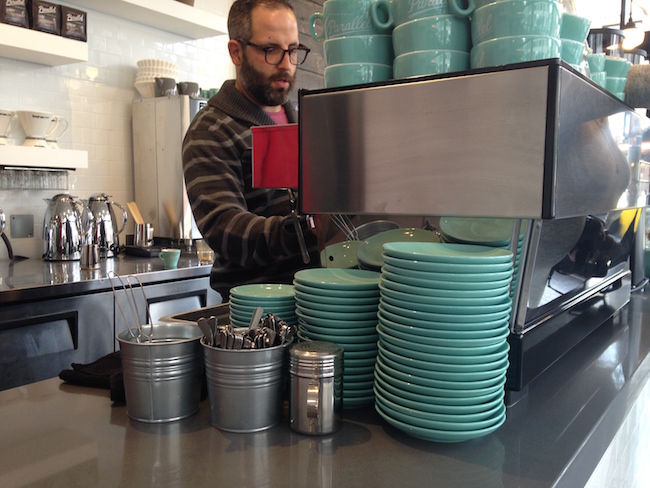 Gastown has become a hub for some of the best in what Vancouver has to offer in terms of the coffee experience, but this doesn’t phase Piccolo, in fact, it seems to invigorate him. “I like to be around other cafés, restaurants. I get along with all the others,” says Piccolo. The lack of shortage of great coffee actually seems part of their own sustainability. “If everyone went to a different café every day of the week, we’d all still be in business,” points out Piccolo.

It’s not about any particular gimmick or tick of the trade that Prado offers, but instead it’s a matter of high quality when it comes to both what they serve, and the atmosphere in which they’re serving it. 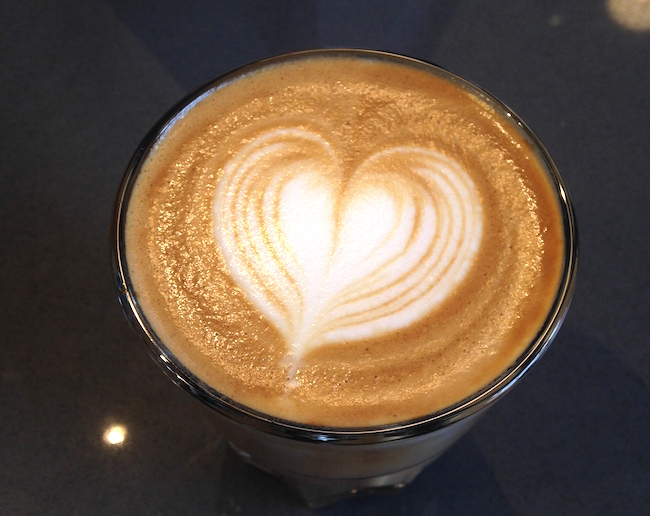 “We want to do the best job possible with our coffee,” explains Piccolo, after he makes me a creamy Flat White topped with a beautifully executed “foam” heart–no surprise, since Piccolo is a four-time Canadian Barista Champion and the first ever winner of Word Latte Art Championship.

In particular, Piccolo says he’s delighted that this new Prado will have an extended selection of savoury food items, baked goods created by a newly-brought on pastry chef, and down the line some exiting creations that will fall in step with the next project he’s already dreaming up for Prado.

Prado Gastown will have two different espressos; Sunday through Wednesday what Piccolo calls an “old school” espresso, and Thursday through Saturday a showcase single origin espresso. Regular coffee will be done in both batch brew or pour-over. Prado will utilize the Bonavita, which allows for a “steep-and-release” kind of brewing, a method Piccolo has come to admire when he first encountered a similar method for tea-making. 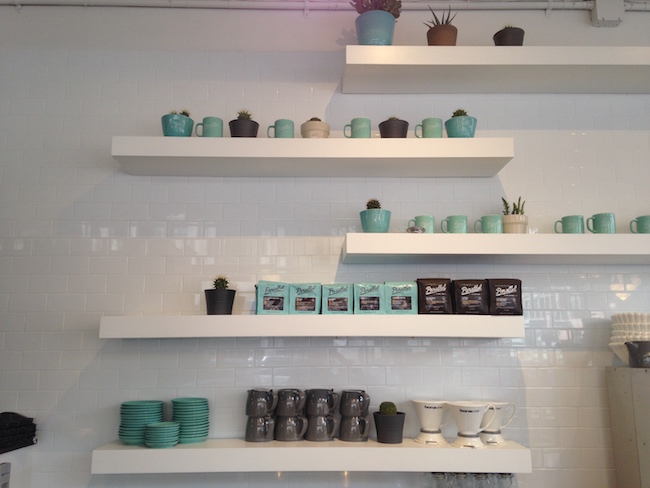 The cafe, which will offer WiFi and has ample seating, was designed by Piccolo with an eye on simplicity. There’s a sort of minimalist Shabby Chic aesthetic evident in the simple antique wooden dresser and reclaimed old windows in the shop, adding warmth to the otherwise stark white of the subway tile. The bright blue-green of the 49th Parallel coffee bags and cups add a cozy touch, as does the more rustic feel of the tables and floor.

“W’ere kind of home-made,” explains Piccolo. He’s been talking about a cake they’re going to offer, using the recipe an employee’s mom uses for birthday cake, complete with sprinkles and candles, but Piccolo could also easily be speaking about the overall vibe of Prado. 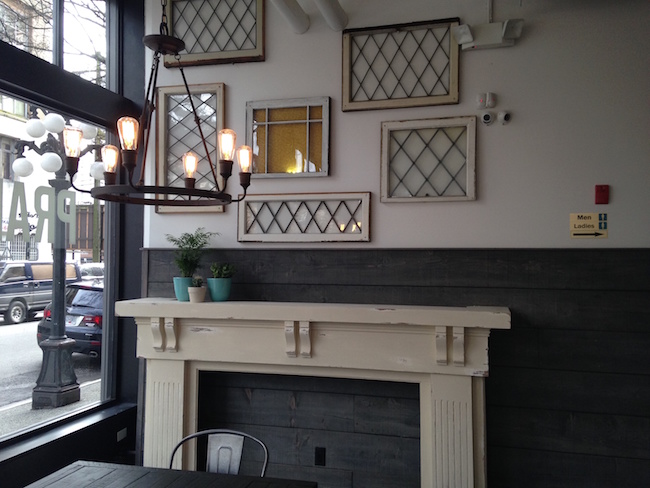 Piccolo says he thrives on building relationships with customers, citing examples of people he met in cafés he’s worked in that he is still in touch with after a decade or more. While we chat, would-be customers drift in, hoping the shop is open for business. Piccolo gently explains it’s another couple of days, then admits to me he’d rather they come in and ask than have a sign on the door telling them the café is closed; it’s another chance for him to talk to the community.

Getting to know the Gastown community is something Piccolo is eager to do, and he hopes Prado is a great meeting spot and a welcoming place for anyone in the neighbourhood. It’s easy to imagine, then, that those windows aren’t even walls at all. 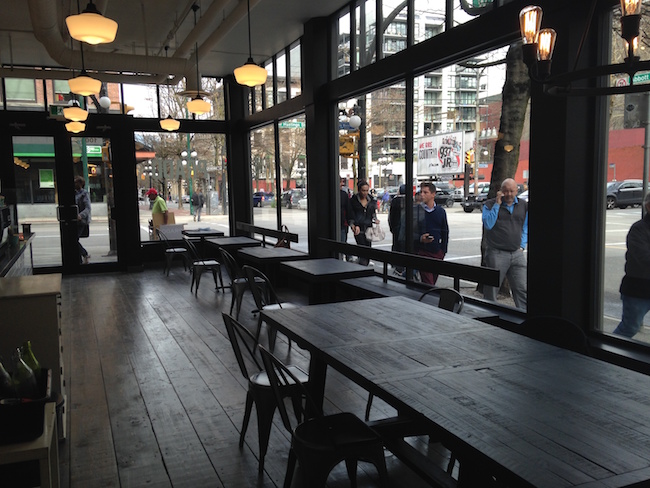 The name Prado comes from the Galician word for “meadow,” or “open space,” which is precisely what Piccolo has created at his original location, and what Piccolo is well on his way to creating here in Gastown. In a busy city where the culture of coffee is supreme, Prado Gastown is a welcome addition to the fold. 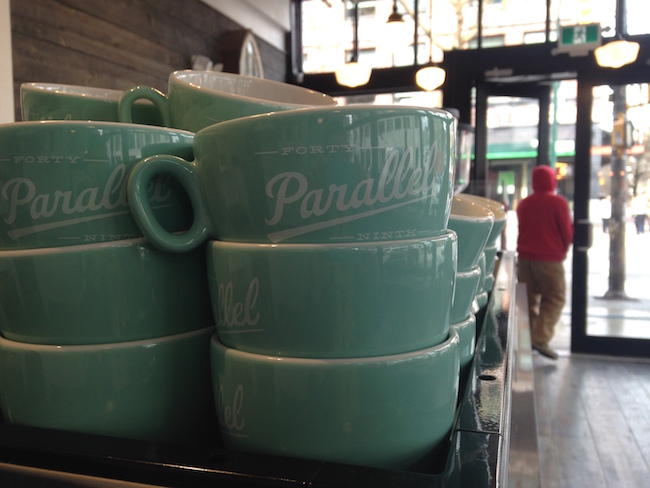