Vancouver’s Prado Café is adding a third location, and at this new spot opening soon on Fraser Street there will be the same coffee and atmosphere Prado is known for, along with an expanded menu of baked goods and casual eats.

Fraser Street, from Kingsway southbound to around where Prado is opening up at the corner of 26th, has been for some time now a neighbourhood to watch, thanks to a recent uptick in new and trendy food-focused shops, and a walkable family-dense residential population.

Prado’s Sammy Piccolo is excited to be a part of this “growing neighbourhood,” and while he hadn’t planned on opening a third location so close on the heels of their Hastings and Abbott location, he says he was approached by the building owner who made him the proverbial “offer he couldn’t refuse.”

Since Piccolo, a self-professed avid Pinterest user, is a design enthusiast, he did the work of getting the signature Prado style in the space, from the white walls to the careful mash-up of clean-line modernity with up-cycled shabby chic. There are about 20 seats, perfect for studying, relaxed brunching with friends, or grabbing a cup of 49th Parallel coffee before or after work.

“Coffee always comes first, but we are going to have really good food here,” elaborates Piccolo. 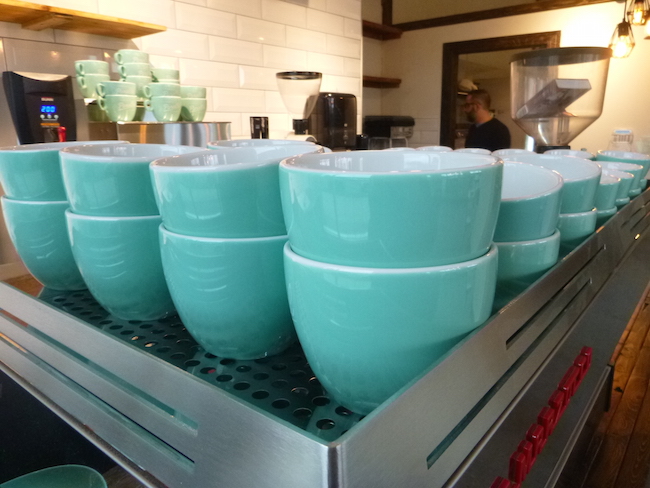 They’ll be scratch-baking and doing some induction-style cooking in the kitchen to produce a variety of toast-centric dishes (minted pea and avocado smash, peanut butter and banana on toast, baked beans on toast, and prosciutto on toast, for example), along with buckwheat waffles and toppings, meatball sandwiches, and other café fare.

Aside from coffee drinks, they’ll have two styles of kombucha on tap, as well as a selection of teas.

The vision is for Prado to be among the cornerstones of the refreshed Fraser Street corridor, and for the new café to serve as what Piccolo hopes is a “go-to neighbourhood spot.” In order to bump up the community vibe, Prado will host craft events, pop-up shops, and hopes to be involved in getting the neighbourhood on board with block parties or car-free days, all in the spirit of keeping it local and bringing people together. 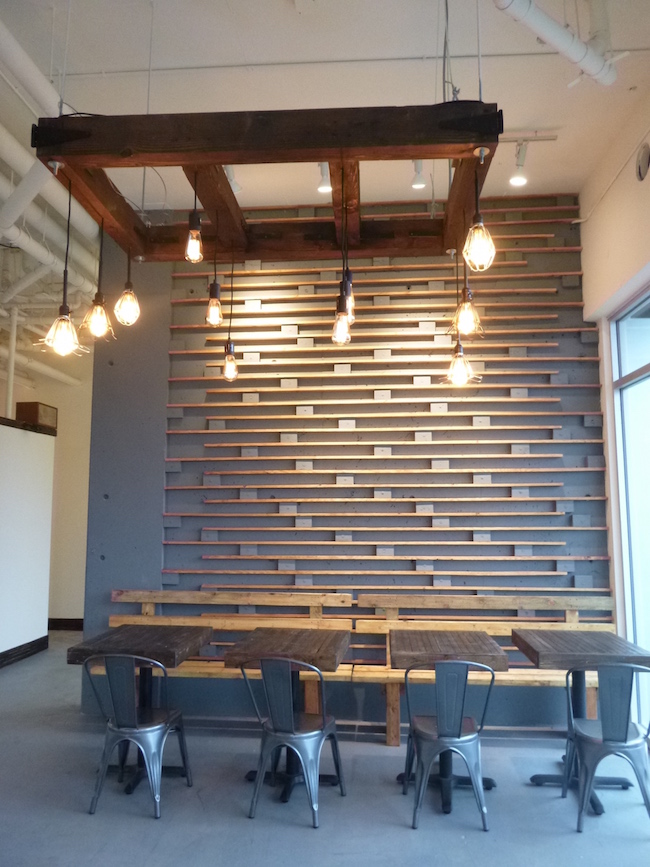 Right now the finishing touches are going on inside the bright, airy, pleasant café–a perfect realization for somewhere named Prado, which means “open space.” Prado Café + Kitchen on Fraser is slated to open to the public on Monday, November 9. 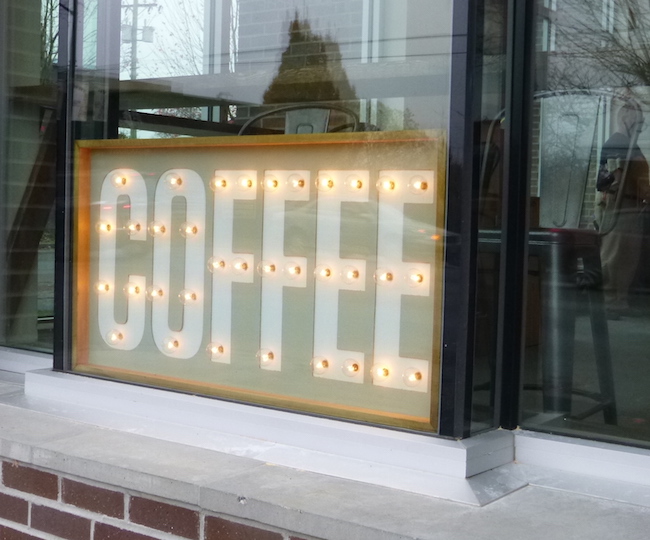 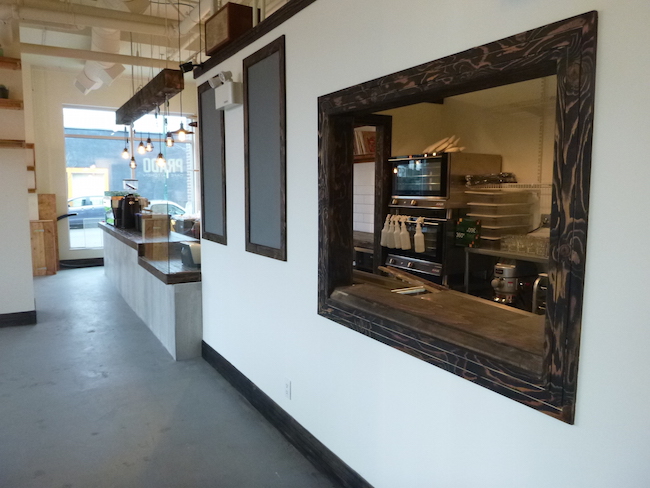 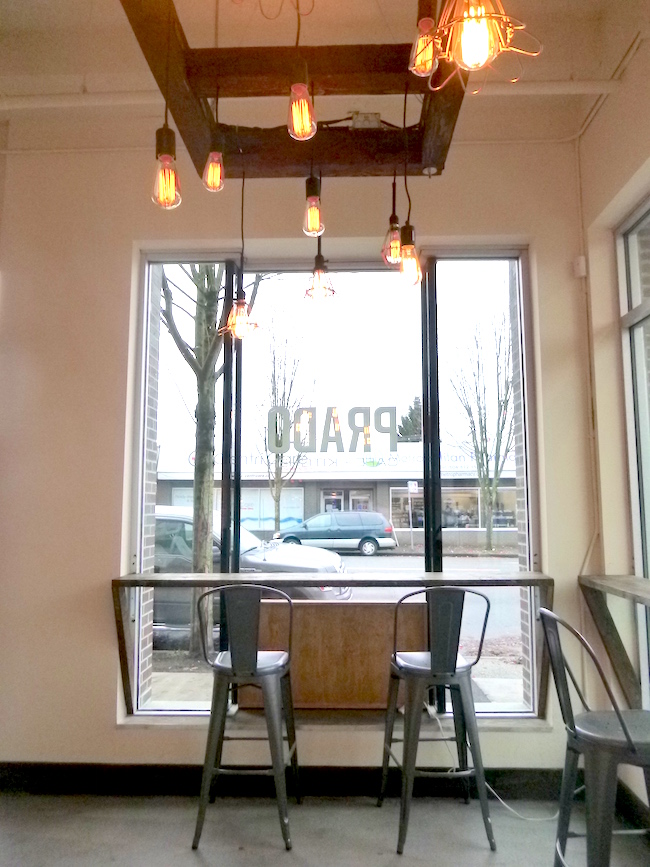 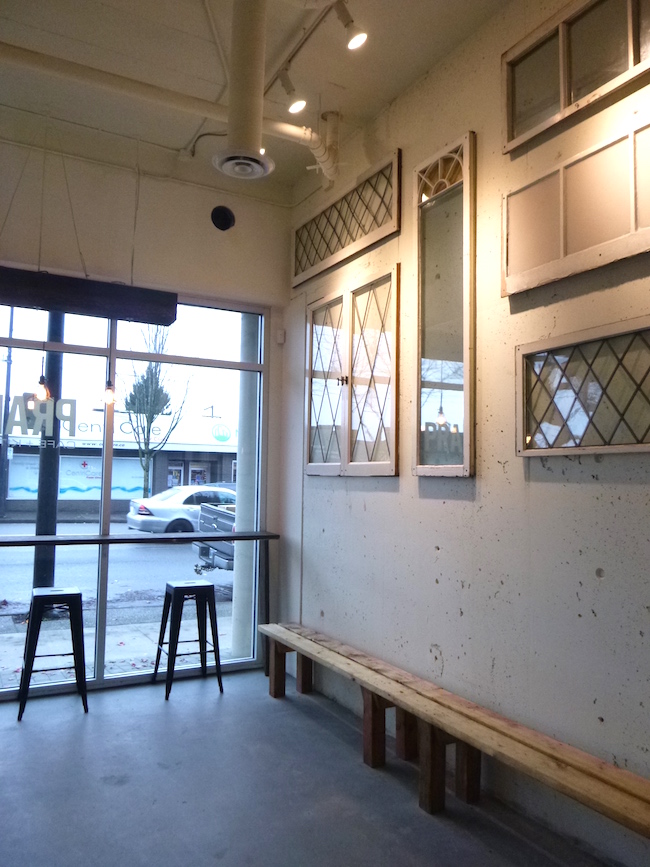