Wrapped in fashionable hoarding with story high models, Italian luxury brand Prada has revealed the official renderings of its Vancouver flagship to Retail-Insider, in advance of their anticipated March 11 launch date. 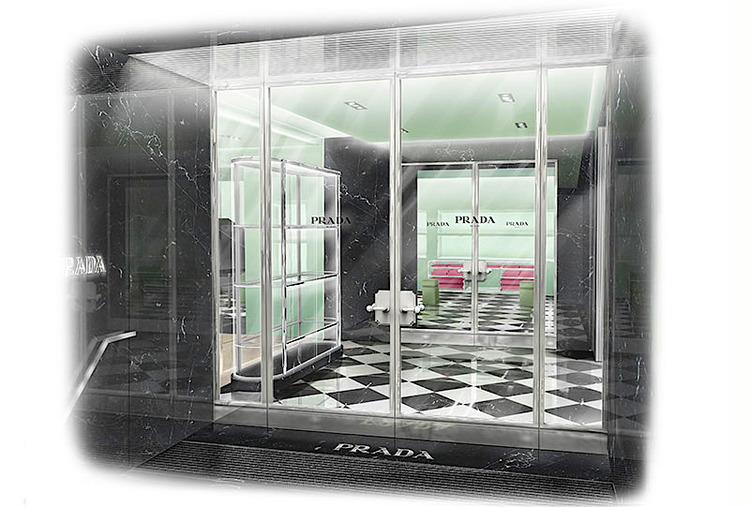 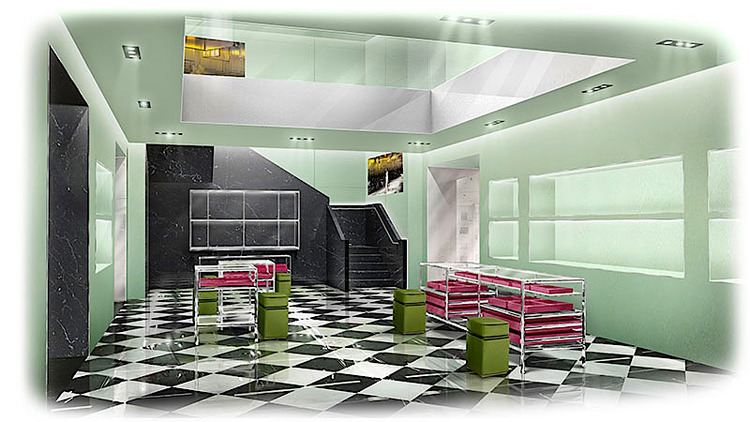 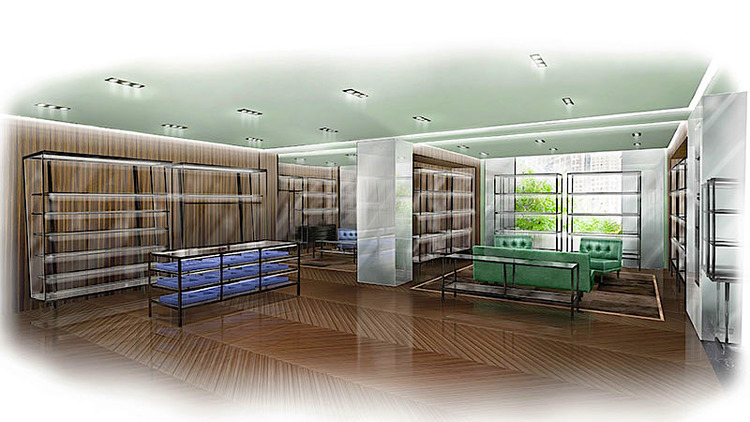 The new Prada Vancouver store is believed to be at least 7,700 square feet and will occupy the southeast corner of Alberni Street and Thurlow Street (1098 Alberni Street) in downtown’s ‘Luxury Zone’. The building has been designed by one of the world’s leading architects, Studio Baciocchi, registered in Italy, and constructed by East Coast-based holistic design company Sajo. 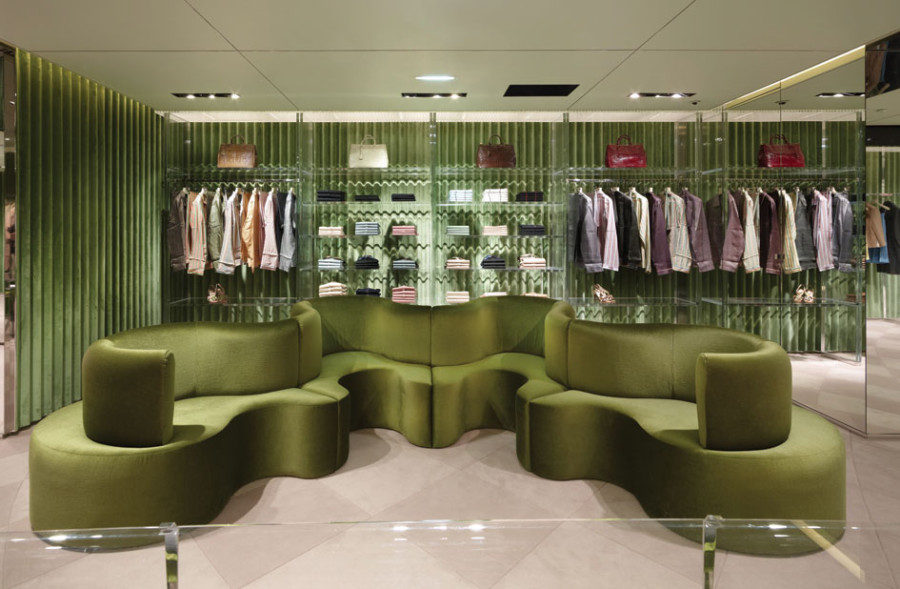 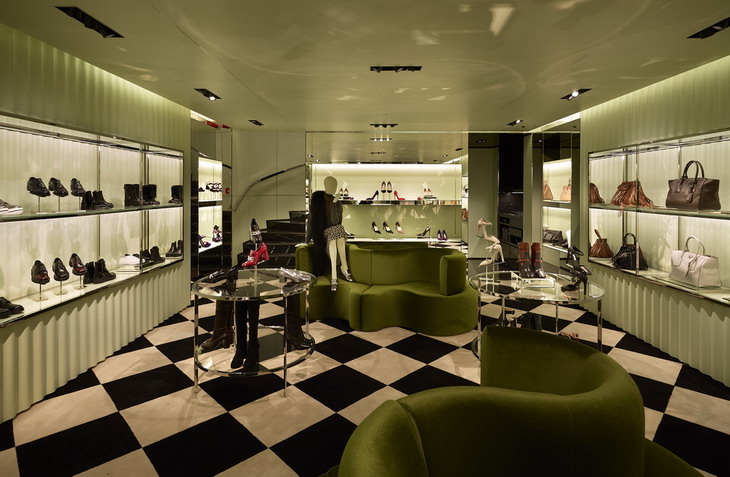 The store will feature marble black-and-white chequered flooring (a la Bloomingdale’s) and will also feature Verner Panton-designed Clover Leaf sofas and crystal display counters. The London Design Journal in 2012 spoke of the fantastic sofa’s in Prada’s store in Paris. The signature sectional Clover Leaf sofa was so large that it had to be moved about to create discordant but elegant spaces. 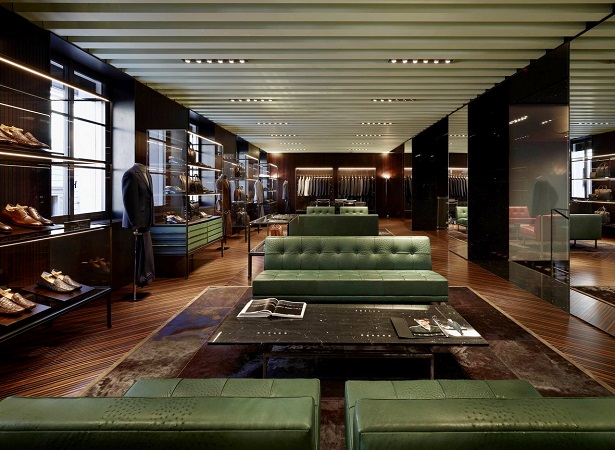 The store’s second-level men’s department will feature ostrich leather sofas as well as ebony flooring and walls, as well as metal and crystal display units.

Prada has shown a preference for using shades of green in many of the store interiors since 2012 and one wonders, given the incredible lushness of Vancouver’s nature, will green also be the choice here when the doors open?