The Power Rangers could very well be the [unofficial] mascots of SFU’s Student Society. They won’t be fighting evil monsters, although it’s more than likely that they will be making many public appearances throughout the upcoming semester in their effort to help make the university become a more vibrant and fun place and to also provide students with some much-needed comic relief between their studies.

During this summer term’s final exam period, the SFU Power Rangers were even spotted handing out lollipops to stressed-out students! 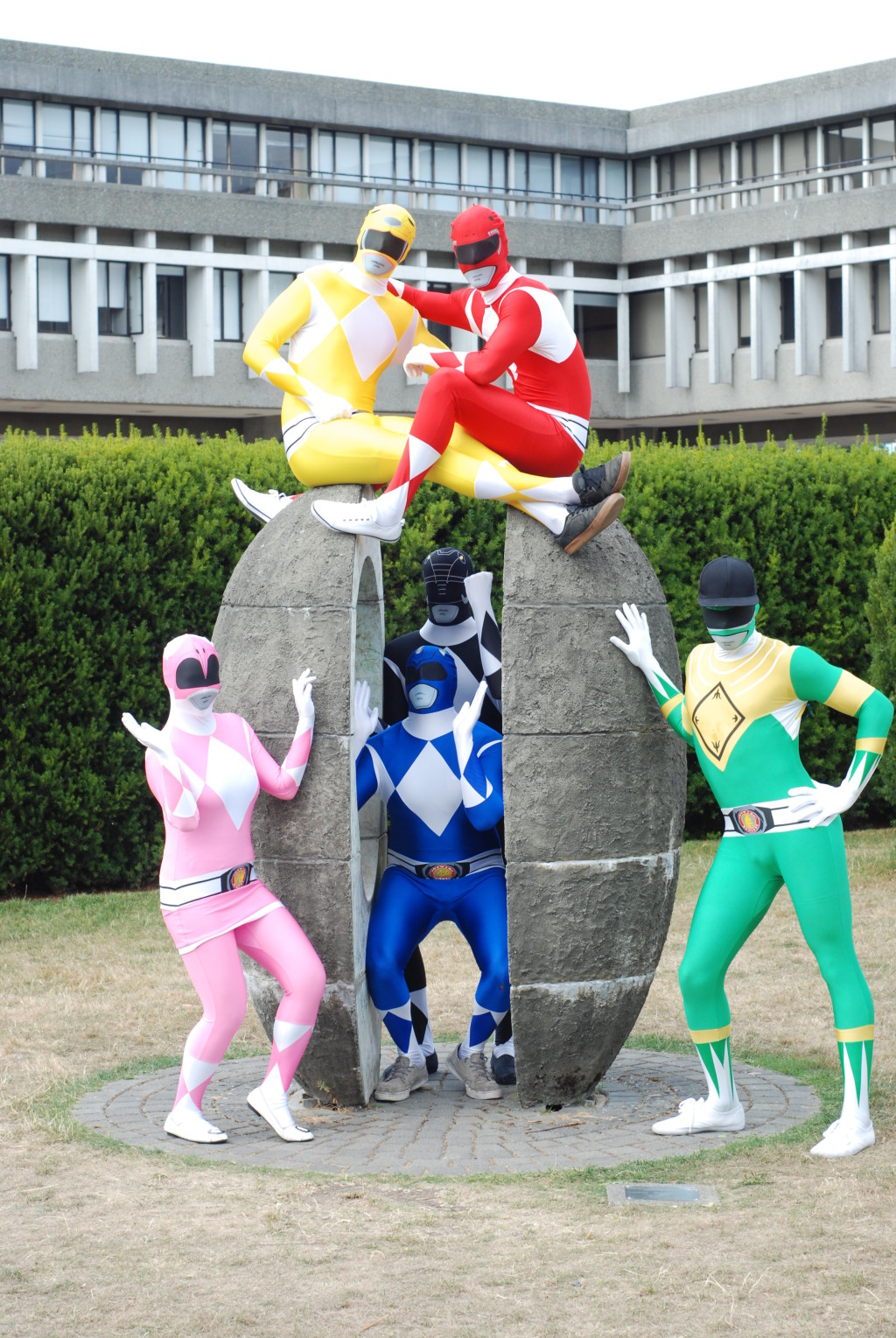 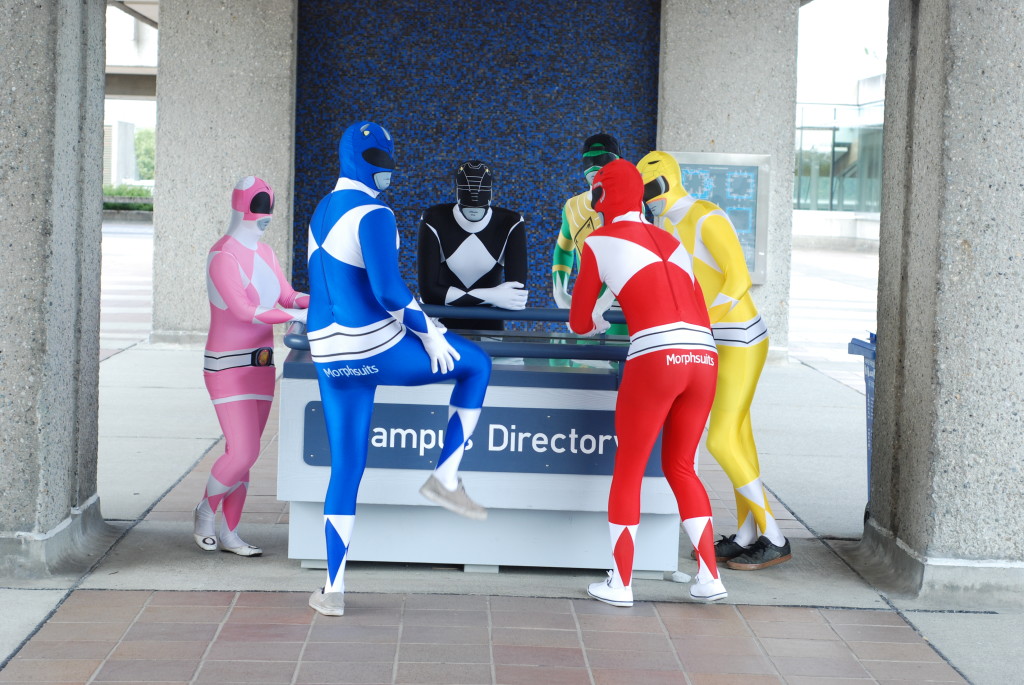 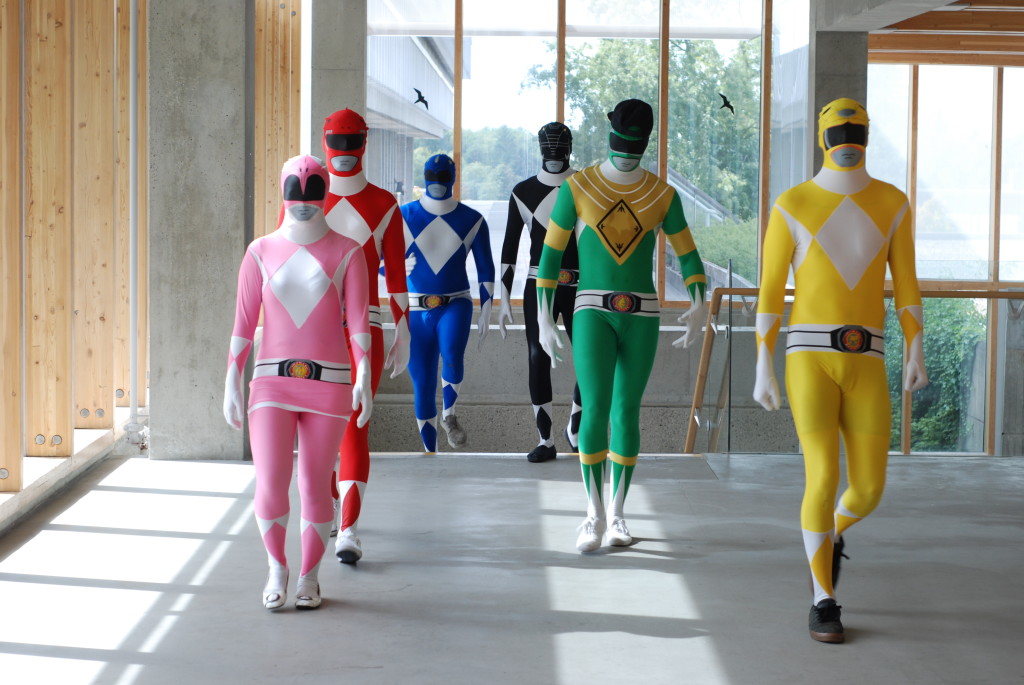 The Power Rangers are also featured in the promo video for Simon Fraser Student Society’s Fall Kickoff event, which is slated to be the largest concert in the university’s history. London-based producer/DJ Mat Zo will be headlining the show with support from Dzeko & Torres and the Norwegian duo of CLMD (Carl Louis & Martin Danielle). Click here for more information on tickets. 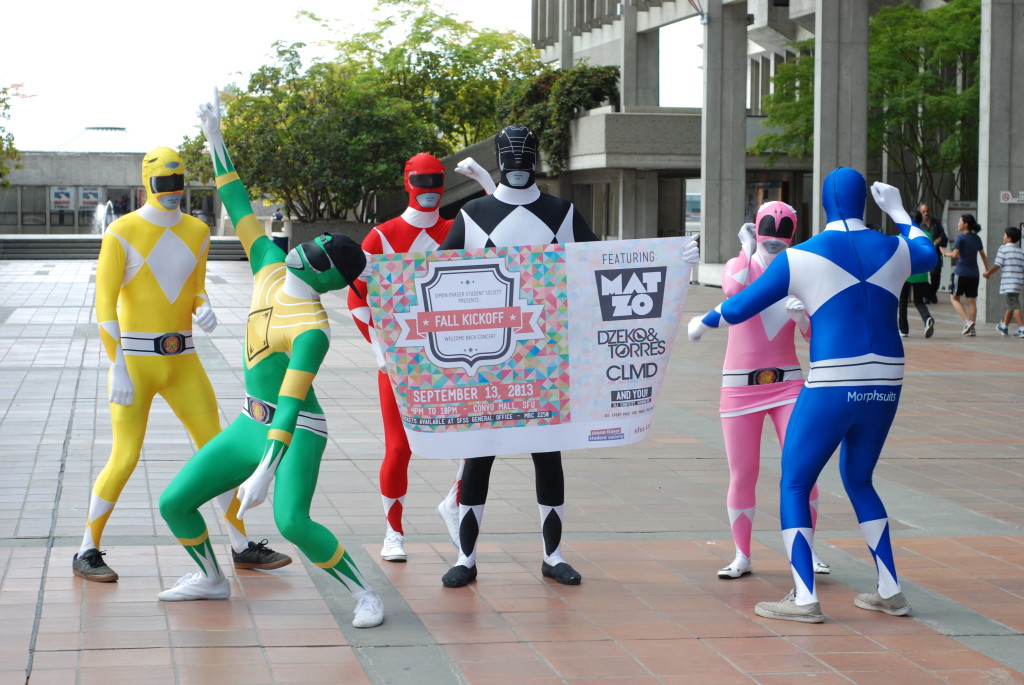