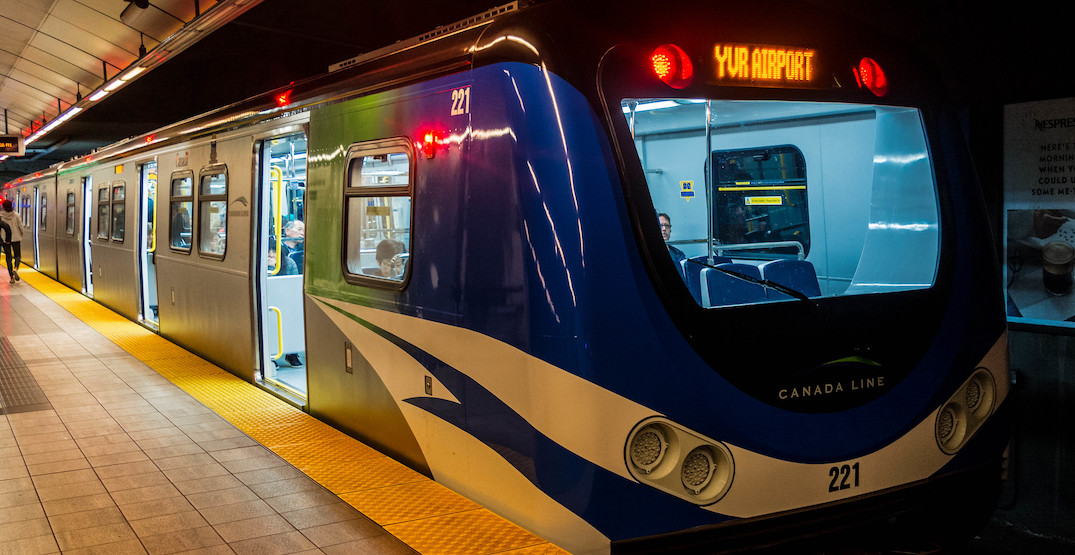 Update: TransLink has announced that the power issue causing delays on the Canada Line has been resolved. Regular service has now resumed.

“Due to a power issue between Richmond-Brighouse Station and Bridgeport Station there is currently only single-track service in that area,” reads an email from TransLink.

That means only one train is moving back and forth between the two stations.

The company says that a bus bridge has been deployed to assist with additional passenger volume.

Transit update from @TransLink re: #Canadaline in #RichmondBC. There is currently only single-track service between Richmond-Brighouse Stn & Bridgeport Stn. This means one train is moving back & forth between those stations to transport passengers. Follow Translink for updates. https://t.co/qlvV2r3NYv

Anybody looking to travel from Richmond-Brighouse towards Waterfront will have to transfer at Bridgeport Station.

Similarly, anyone looking to reach Richmond-Brighouse will need to ensure they transfer at Bridgeport Station as well.

Canada Line service going towards the YVR International Airport is not affected.