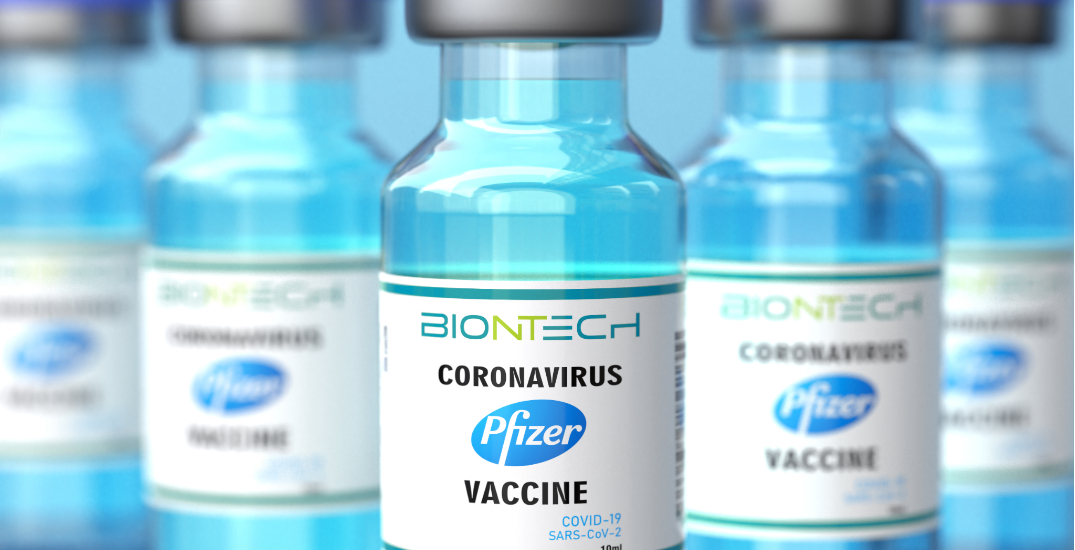 Federal health officials say that there are potential risks with Pfizer’s COVID-19 vaccine, even though it has been approved for use in Canada.

At a press conference on Wednesday, Dr. Supriya Sharma, a senior medical advisor with Health Canada, said that the vaccine is “still a drug” and that it may come with risks, following news of allergic reactions in the UK.

“When we do an authorization, it means that we’ve looked at it and the benefits outweigh the potential risks. But, it is still a drug. It’s still a vaccine,” Sharma said. “There are potential risks, even if they’re rare.”

As with any drug approval, Health Canada will continue to monitor the vaccine as it goes out into the world, she said.

Earlier on Wednesday, the federal authority announced it had approved the Pfizer-BioNTech COVID-19 vaccine for use under an interim order that allowed the approval process to be expedited.

Dr. Sharma said that the approval was made only after a rigorous review process that proved that the vaccine’s benefits outweighed its risks.

On Tuesday, the UK became the first country in the world to begin public use of the Pfizer vaccine against COVID-19. There were several reports of allergic reactions to the vaccine.

Sharma said the reactions happened closely following the vaccine and that the individuals experiencing the effects were treated “appropriately” and have since recovered.

She said that those in the UK who had reactions to the COVID-19 vaccine all had a history of severe allergic reactions and carried adrenaline shots with them.

“We are introducing something foreign to the body,” she said, noting that there is a risk of allergic reaction with all vaccines.

The most common reactions to the Pfizer vaccine were discomfort at the injection site, a bit of fatigue, and a slight headache. More fatigue was reported with the second dose, Sharma said. All of the reactions were relatively mild.

The patients that took part in the trials will be monitored by Pfizer for two years.

Earlier this week, Prime Minister Justin Trudeau announced that Canada would be receiving up to 249,000 doses of Pfizer’s vaccine before the end of the year.

Trudeau noted that because the vaccine needs to be stored at -70°C, the distribution of it would be “a logistical challenge.”

“Today’s authorization marks a critical milestone in our efforts to bring COVID-19 under control,” said Sharma.

“The availability of vaccines will increase throughout the year, providing every Canadian with the opportunity y to be immunized.”

Canadian health officials have said they will procure up to 194 million doses of COVID-19 vaccines, with the option to purchase an additional 220 million. The first three million will be available some time in the first quarter of 2021.