Pot vending machines are coming to Canada. According to Medbox Inc, the U.S. company that developed the world’s first automatic pot dispenser, they have partnered with a Canadian firm to introduce dispensing equipment in the great white north.

The vending machines take cannabis orders and deliver a vial of the product. To deal with theft and other issues, the vending machines are armoured and difficult to break. They also have a fingerprint-identification feature and software that permanently records transactions. 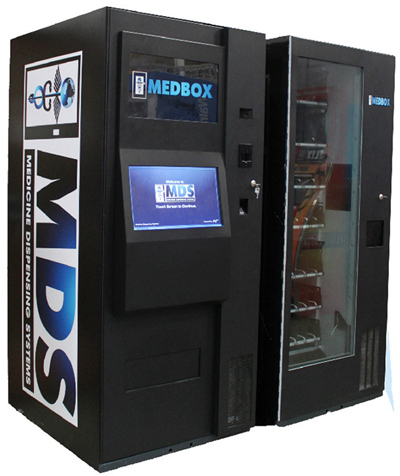 Don’t look for pot vending machines to be placed next to sugary and salty snacks at your local theatre, sports arena or other public venues. Due to Health Canada regulations, the machines will for the time being be operated only by licensed marijuana producers.