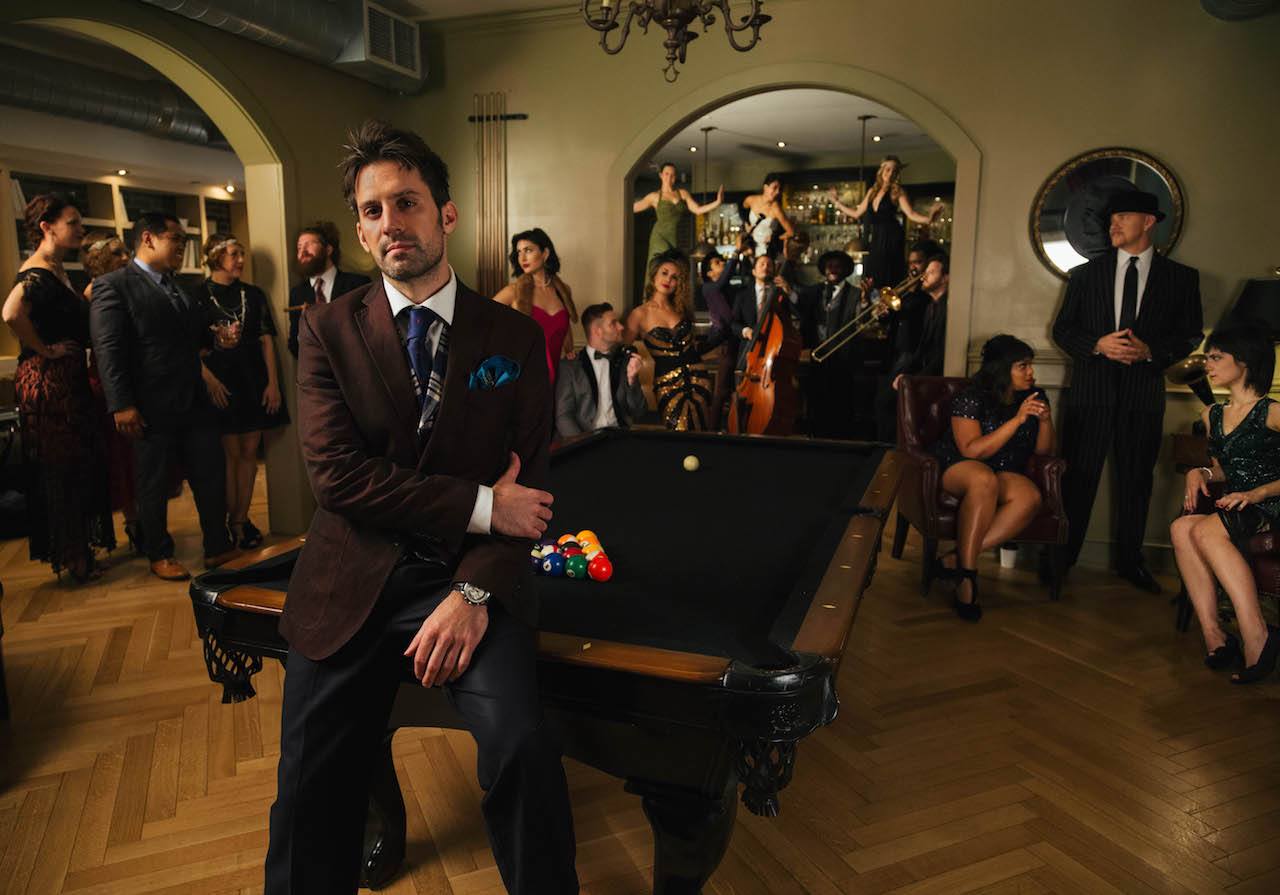 What do Guns N’ Roses, Rick Astley, and the Notorious B.I.G. have in common? They’ve sold millions of records, won countless awards, and they’ve each had their classic songs reimagined by Postmodern Jukebox, the NYC collective who are set to takeover the TD Vancouver International Jazz Festival on June 30.

Postmodern Jukebox is the brainchild of pianist Scott Bradlee, who got his start by shooting videos with college friends in a tiny apartment in Queens. In 2012, Bradlee put together a Kickstarter fundraising campaign to finish an album of Motown-inspired Nickelback covers and earned his first-ever slot at a major arts festival: B.C.’s own Squamish Valley Music Festival.

They weren’t officially known as “Postmodern Jukebox” at the time, but Bradlee’s star-making turn at Squamish featured future-PMJ members Adam Kubota on bass, Allan Mednard on sticks, and Tim Kubart, who is affectionately known to fans as “Tambourine Guy”.

From there, Bradlee & Co. began reinventing other pop anthems as doo-wop ditties and their ragtime rendition of Macklemore & Lewis’ “Thrift Shop” went viral in 2013: the clip scored a million views in its first week online. Since then, PMJ’s official YouTube page has racked up 750 million views and the group has toured countless cities in four continents.

Despite a heavy touring schedule that will have PMJ on the road until December, the collective still finds time to post one new song cover on their YouTube page every week. The videos feature a rotating cast of musicians (more than 70 performers have participated in PMJ) and Bradlee has enlisted some very famous friends to tackle singing duties on his tracks.

Wicked star Shoshana Bean did a killer take on Sia’s “Chandelier” while former American Idol contestant has performed on a number of PMJ covers including Soundgarden’s “Black Hole Sun” and Radiohead’s “Creep” (the latter has been seen more than 33 million times online). Their most recent album, 2017’s Fake Blues, features the vocal stylings of Casey Abrams and Caroline Baran, among others.

PMJ’s show at the Orpheum Theatre is sure to sell out fast so fans are strongly encouraged to purchase tickets in advance.