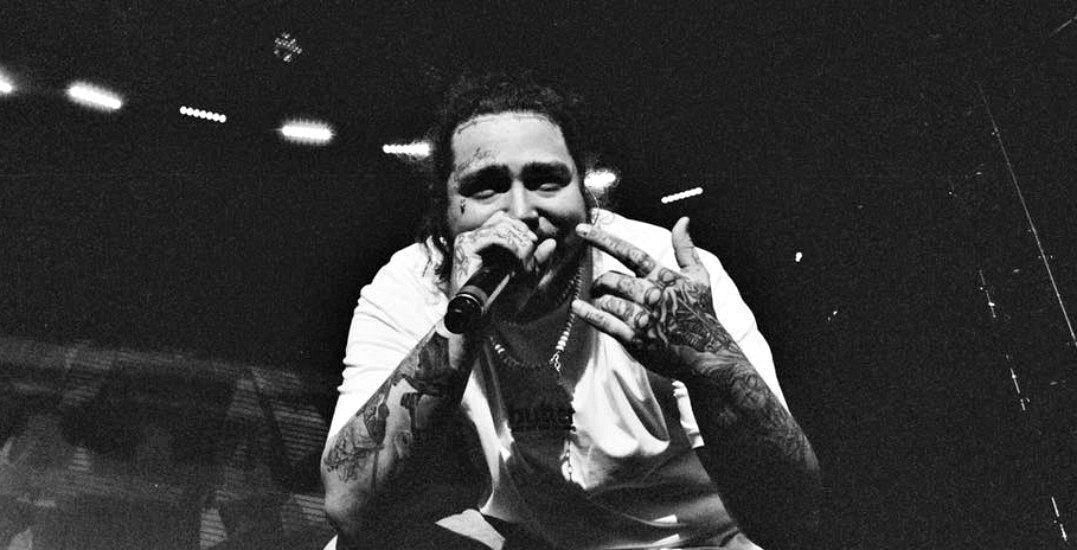 Vancouverites, get ready because New York rapper Post Malone is bringing swag to the city this spring.

The ‘Rockstar’ musician will be taking to the stage at Rogers Arena on Friday, April 27 during his upcoming North American tour, and (seriously underrated, imho) California hip-hop group SOB X RBE will be joining him for the ride.

Kicking off in Portland on April 26, the tour will see the artists perform live in Seattle, Toronto, Detroit, Austin, San Diego, Las Vegas, among many other U.S locations before finishing up in San Fransisco on June 24.

The rapper has already made the #1 album on iTunes, the top 10 on the Billboard Top 200, and just dropped his brand new single ‘Psycho’ [feat. Ty Dolla $ign] on Friday, February 23.

Tickets to Post Malone’s Vancouver concert went on sale on the same day, starting at $44.25. You can snap up yours via Ticketmaster, where you’ll get a physical copy of Post Malone’s forthcoming album Beerbongs & Bentleys.

Alternatively, you could be going along to see the ‘Deja Vu’ star live in Vancouver – for free. Simply enter the contest below for your chance to win!

To enter for your chance to win two tickets to see Post Malone live at Rogers Arena in Vancouver on April 27, do at least one of the following:

Contest entries will be accepted from the time and date of publishing until 11:59 pm on March 13, 2018. One winner will be chosen at random and contacted through the platform they used to enter.