With the NHL All-Star break upon us, most fans are turning their attention to see how John Scott will do in 3-on-3 action.

The break also signals the beginning of the unofficial sprint to the playoffs, with one more major event to come before then, the NHL trade deadline. It’s a date circled by many hockey fans with hopes that their teams will make some moves to add that final piece with hopes of a long playoff run, or selling off their assets with eyes on the future.

For the Vancouver Canucks, the deadline presents an odd set of circumstances, as they still have a playoff berth in sight, but trading away their pending unrestricted agents would likely be the more prudent way of managing.

This brings us to 34-year-old Radim Vrbata, who is currently occupying the second line spot with Bo Horvat and Sven Baertschi. Vrbata is a big part of the Canucks offence, but given that his two-year contract concludes at the end of this season, Canucks management could and should explore the option of trading him for a combination of young players or draft picks.

Market value for a player like Vrbata changes every year. It’s possible Vancouver could receive a 1st round pick for Vrbata but I think that’s unlikely. The more likely scenario is something along the lines of a 2nd round pick plus a B-level prospect.

With that let’s take a look at a few places around the NHL where Vrbata would be a good fit, and possibly some of the players that could be part of the return. Keep in mind that Vrbata has a limited no-trade clause and must submit a list of teams that he would be willing to be moved to. 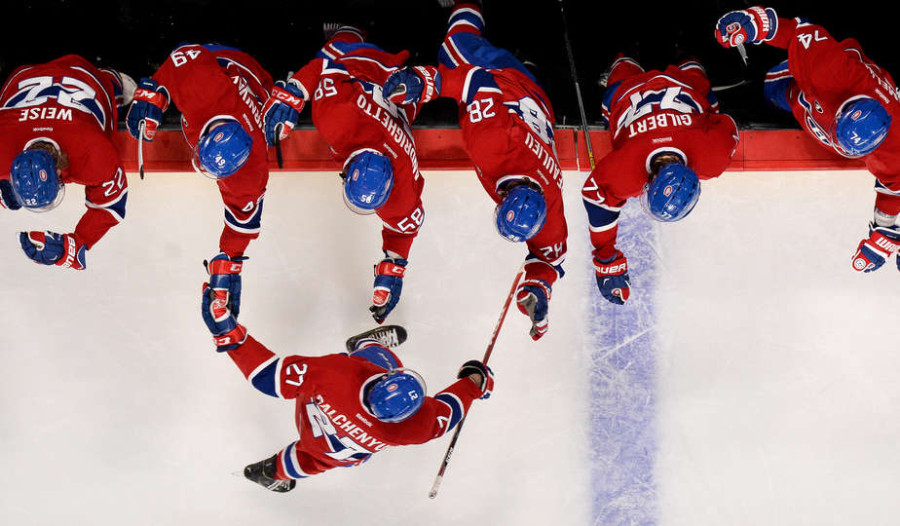 The Montreal Canadiens have been in a free-fall since goaltender Carey Price was injured in late November. That’s not the main reason for their struggles, it’s because they are having trouble scoring.

Although they are still ranked 10th in the NHL in goals-per-game (2.67 GFPG), they have only scored 3 or more goals 5 times in their last 27 games. A player like Radim Vrbata would be a good addition with hopes of kickstarting their offence.

Add that Carey Price is expected to return around the deadline, and suddenly the Canadiens could be back in the conversation as a contender in the Eastern Conference.

Despite having some lengthy playoff runs recently, the Habs have been able to put together a respectable prospect pool, which should allow them to trade for rentals. Players like Charles Hudon, Nikita Scherbak, and Daniel Audette are all prospects that could be on the move.

Montreal still has their first round pick for this year and next, as well as two 2nd round picks for this upcoming draft. 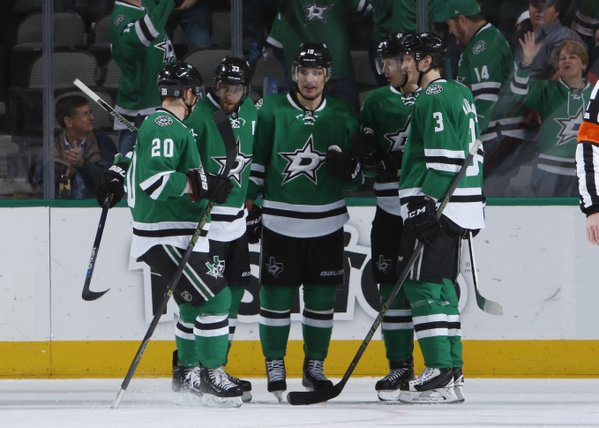 Currently 2nd in the Central Division, the Dallas Stars are a fun and exciting team to watch that seems to be playing under the thought process of ‘outscore your problems’.

Currently second in goals for per game (3.20) while currently 14th in goals against per game (2.62), the argument could easily made that the Stars should improve their defence instead of their offence. But that’s no fun!

That brings us to how Vrbata would fit in the Lone Star state. The Stars are led by Tyler Seguin, Jamie Benn, Patrick Sharp, and Jason Spezza, with support scorers like Cody Eakin, Ales Hemsky, Mattias Janmark, and Valeri Nichushkin. Vrbata could just slide in and not be required to be the saviour on offence. Adding someone like Vrbata would help them try to overcome teams like Chicago, Nashville, Los Angeles or St Louis.

The Stars have a plethora of prospects, defencemen specifically, that the Canucks would find attractive. Ludwig Bystrom and Mattias Backman are two defensive prospects that the Stars may peddle for immediate help.

From the forward ranks, the Stars have Remi Elie, Devin Shore, Radek Faksa, and Jason Dickinson. The Stars still have their first and second round picks for 2016 and 2017 NHL Entry drafts. 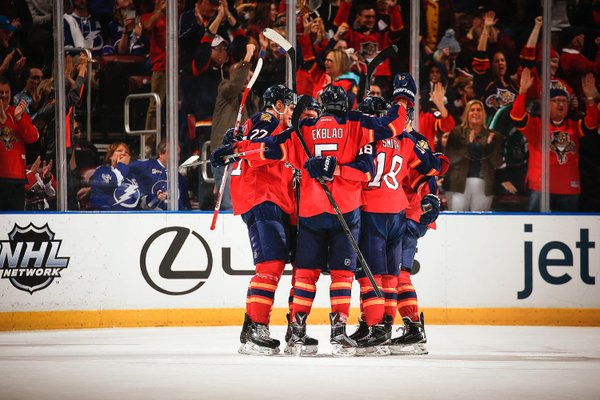 Hear me out here!

The Florida Panthers have been on a meteoric rise this season and enter the All-Star break in first place in the Atlantic Division. They are built around young talent like Alexsander Barkov, Aaron Ekblad, and Jonathan Huberdeau.

They aren’t afraid to add older players, as shown with the ageless Jaromir Jagr and former Canucks like Roberto Luongo and Willie Mitchell. The Panthers have been experiencing a resurgence with fans this season and are regularly selling out games now.

Vrbata would be a great addition to a team looking to add depth with hopes of a playoff run.

You’ll sense a theme here, but the Panthers also have a great stable of prospects and could easily move some to add Vrbata. The difference for Florida is that they have some serviceable players who could play in the NHL right now.

Brandon Pirri, Quinton Howden, Logan Shaw, or Connor Brickley could easily be moved and play on the Canucks. The Panthers also have some good defensive prospects like Michael Matheson and Ian McCoshen that the Canucks would find particularly attractive. 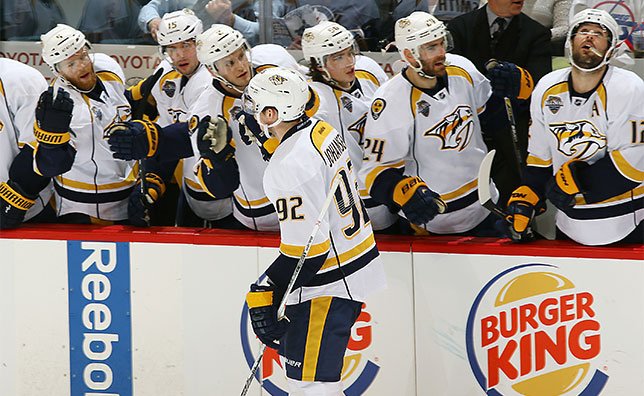 The Predators already made a big splash this season, trading defenceman Seth Jones to Columbus for centre Ryan Johansen. But Darren Dreger was on TSN 1040 earlier this week to reiterate the Predators want to add more.

Dreger: "One thing I know is the Nashville Predators are still very hungry" on the trade front. "They know they need more." #Preds

This should be music to Canucks fans’ ears.

The aforementioned Vrbata would be a great add for the Predators to go up against the Western Conference powerhouses. Vrbata would likely slide into the second line with Mike Ribiero and give offensive support to Johansen, Filip Forsberg, and James Neal.

During that same interview on TSN 1040, Dreger talked about Predators’ prospect Jimmy Vesey, who is currently playing for Harvard. Many people in the hockey world are expecting Vesey to not sign with the Predators, using a rule within in the collective bargaining agreement to become a free agent later in the summer. I don’t know if the Canucks would be interested, but he may be someone the Predators may eventually move.

They also have quite a few prospects and young players that they could easily part with. Jack Dougherty, Yakov Trenin and Colton Sissons are the first players that come to mind as possible pieces on the move. 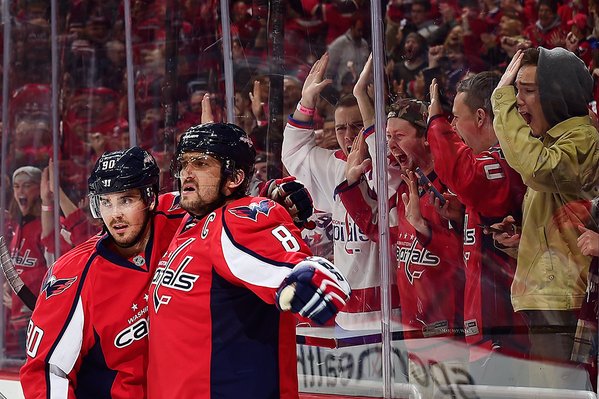 The most likely candidate to make some serious moves this season are the Washington Capitals. Currently in first in the Metropolitan by 14 points, the Capitals are playing like an unstoppable train.

The Canucks experienced this first hand a few weeks ago, there are almost no flaws in the Caps roster. But adding more depth in case of injuries is something that the Capitals should consider.

Given that Alexander Ovechkin is now 30, there are only so many more years left in their Stanley Cup window. Washington is likely only in a position to add a rental player, which should make Vrbata very attractive to them.

The Capitals don’t have too many well known prospects, so outside of Madison Bowey, Jakob Vrana and Ilya Samsonov, it would be more of a combination of prospects and picks on the move. If the Canucks could somehow convince the Capitals to include Bowey in a deal for Vrbata, they would have to seriously consider it.

Buckle up Canucks fans, the trade deadline on February 29th may be a crazy one here in Vancouver.