Gunshots were reported today at Davie Street near Marinaside Crescent in Yaletown, triggering a series of violent events that later ended at Science World.

Shortly after 11:30 a.m., a 52-year-old male suspect hid behind a parked blue car before shooting the victim sitting outside the Starbucks near Urban Fare.

A witness also told Vancity Buzz that police that happened to be nearby exchanged fire with the suspect. They say that Paul Dragan, the owner of the Reckless Bike Store across the street, was injured and taken to hospital in critical but stable condition. Police are unable to confirm the identity of the injured victim at this time.

The suspect then fled the scene by riding a bicycle on the seawall, according to witnesses. He was pursued by police riding on bicycles while other officers were awaiting for his arrival on the seawall at the end of False Creek near Science World.

He was responsible for another shooting behind Science World on the seawall where there was an exchange of gunfire that resulted in injuries to both the man and an officer who was scratched by flying glass.

Science World was in lockdown with 50 children, teachers and staff inside. One visitor inside the museum told Vancity Buzz that they were asked to lay down flat on the floor throughout the duration of the incident. Approximately two dozen police vehicles, dozens of officers and a police helicopter responded to the scene.

The alleged shooter has been taken into custody and police believe that there are no suspects outstanding. He was taken to hospital for surgery and is now in stable condition.

The identity of the suspect is not known; police have not released any further information at this time.

Just saw a shooting spree in #yaletown… Outside Starbucks !! Guy got away on a bike along seawall! Be careful #vancouver

#VPD responding to a shooting in Yaletown. Active investigation, updates will be provided shortly.

Never thought I would see people with strollers running down the yaletown seawall to escape gunfire. 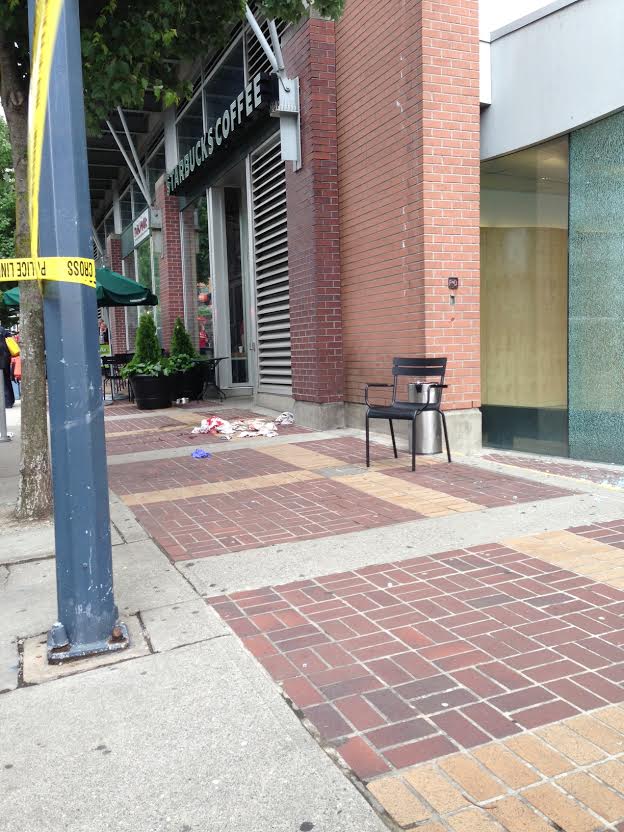 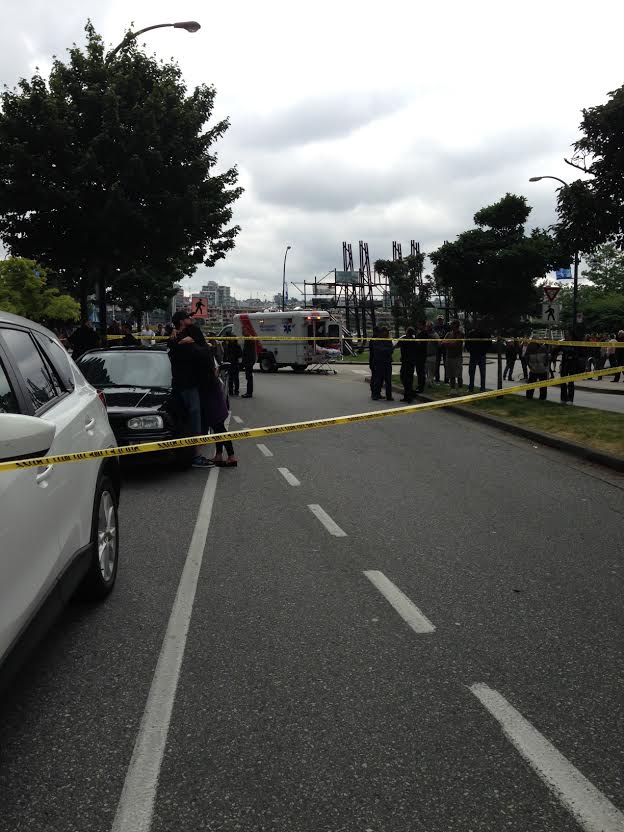 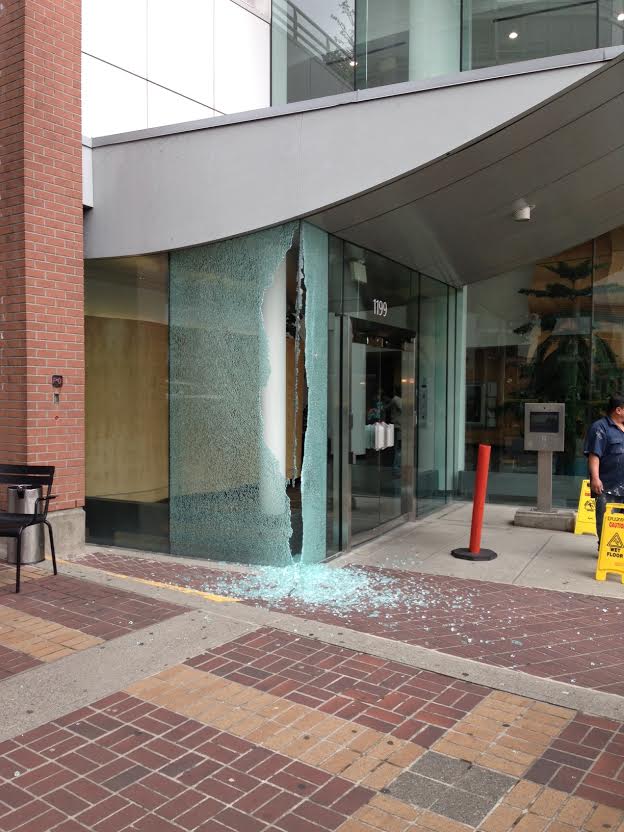 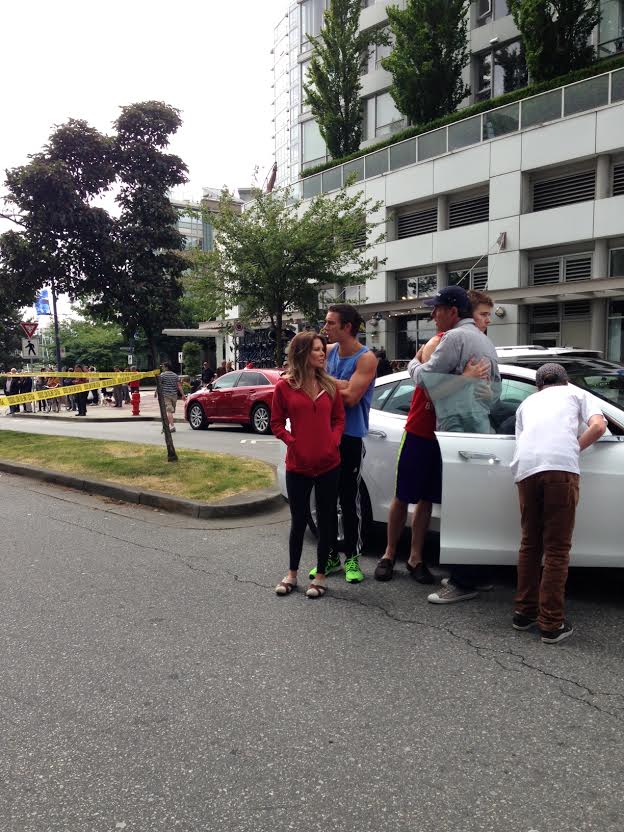 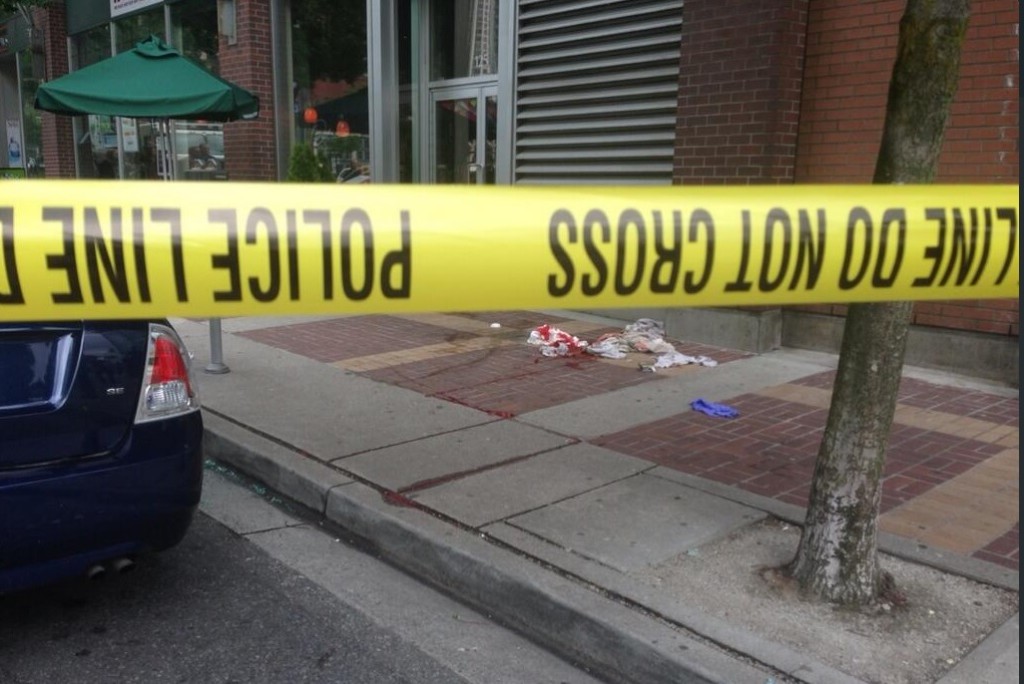 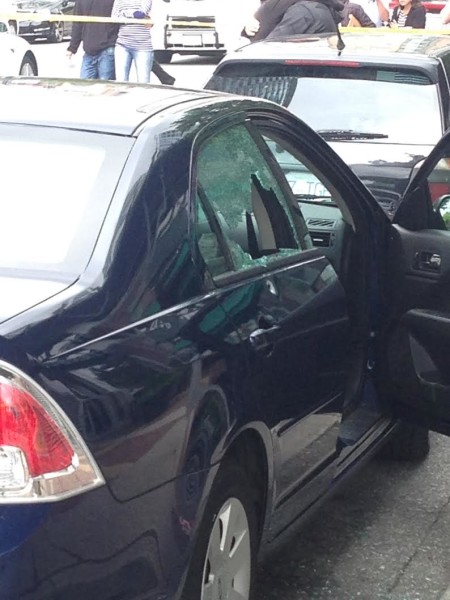 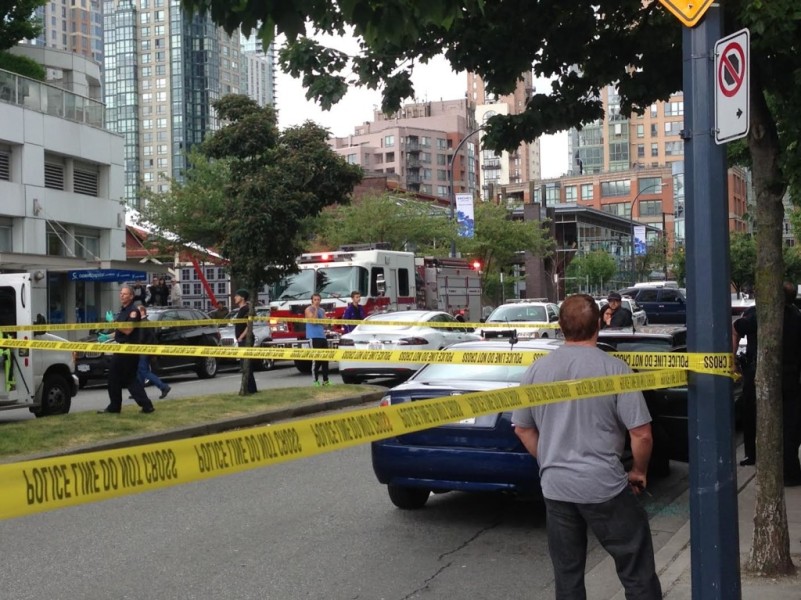 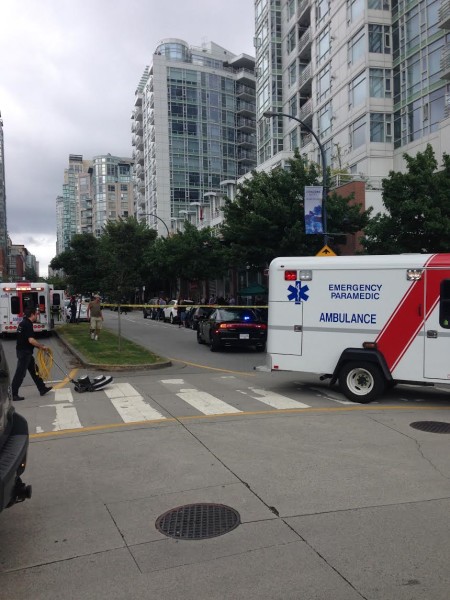