Despite the rain and cooler temperatures, fire ripped through an apartment in Port Moody this afternoon, leaving a number of people homeless.

The fire at Mountainview Co-op, located on the 900-block of Clarke Road, began just before noon today and continues to burn this evening. The building complex is located next to Burquitlam Plaza and near the new Burquitlam Station of the SkyTrain Evergreen Line.

According to Port Moody Police, the adjacent residential buildings were also evacuated as a precaution. Clark Road remains closed to traffic between Glenayre and Mt. Royal.

Displaced residents are being told to go to the Kyle Centre recreation complex as a place of refuge.

Edward Dragomir, whose parents and sisters live in the building, told Vancity Buzz at least 50 people have been forced from their homes.

Many apartment units suffer from extensive fire, smoke and water damage, to the extent that the City of Port Moody has warned residents that there may be water discolouration due to the amount of water being used by firefighters to put out the blaze.

The cause of the fire is not known at this time. 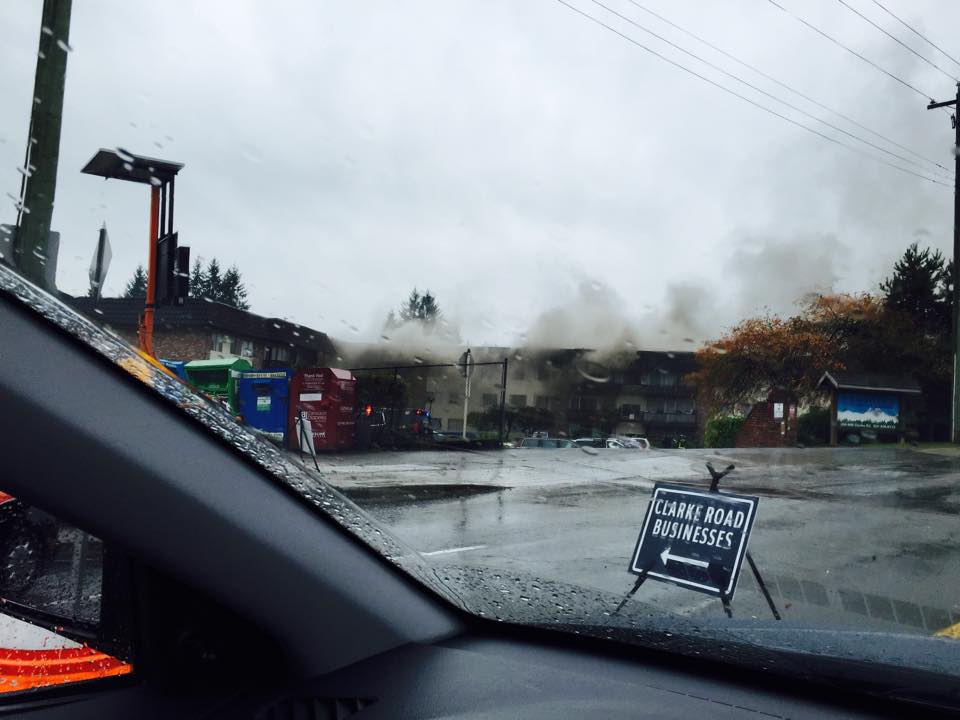 The fire is still going and traffic is still being diverted. Please plan your commute accordingly. pic.twitter.com/4mONuHlqja

Cat rescue by one of our members early in the event. #portmoody pic.twitter.com/mgfbrWgeKq