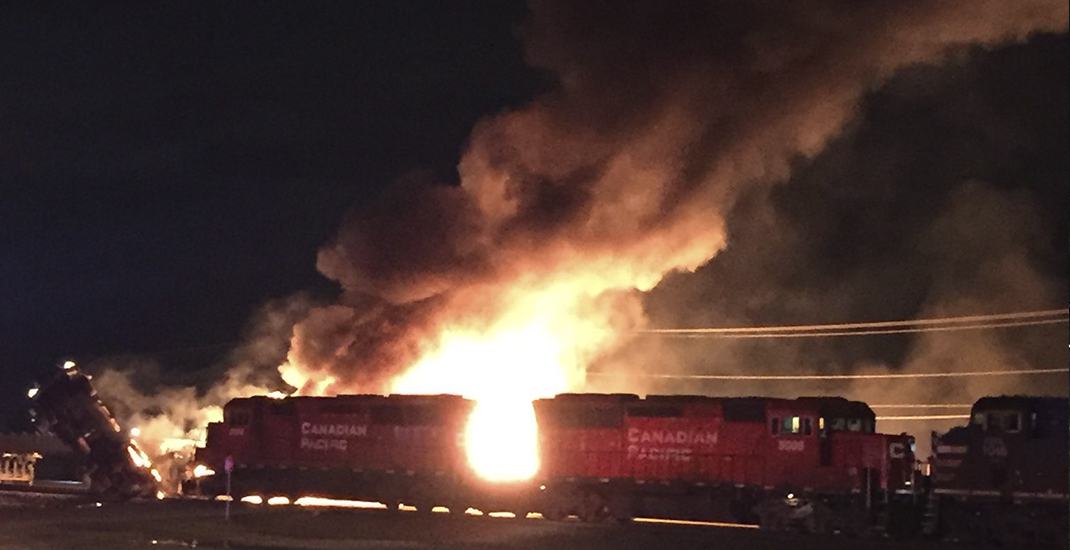 A huge fire erupted this evening just after 6:30 pm when a tanker truck carrying ethanol gas hit a rail car at the Canadian Pacific Railway yard in Port Coquitlam.

Police have evacuated the area around the incident, spanning roughly one kilometre in radius.

The City of Port Coquitlam and CP Rail have confirmed that there were no toxic materials being carried, and no injuries have been reported.

Lougheed Highway is currently closed in both directions from Shaughnessy Street to the Oxford Connector until further notice.

Reminder Lougheed Hwy continues to be closed BOTH WAYS between Shaughnessy Street and the Oxford Connector. #PortCoquitlam https://t.co/l7VXivZhso

Officials say the fire is under control and crews remain on scene and are monitoring the situation. Anyone evacuated outside of the 800 metre radius can return home, but they are reminding all residents to stay indoors and avoid the area.

Loud bang, followed by mushroom cloud of fire as we were leaving the restaurant in Port Coquitlam. Train crashed into Porpane Truck @NEWS1130 @GlobalBC @CTVVancouver pic.twitter.com/wWVl9wbDFt

Fire is finally dying down and under control thanks to our brave first responders. #PortCoquitlam #firefighters #RCMP #fire pic.twitter.com/pL0HNHuQMK