We are beyond ecstatic that you love pornography so much, but flight safety should be your number one concern. Don’t worry, we’re not mad, just a bit disappointed you didn’t reach out to us first to lend a helping hand.

An internal memo at Air Canada was circulated last year warning pilots they could be subject to prosecution if they continue to neglect to remove “inappropriate material” from the flight deck when their shift is over.

According to a female pilot with AC who first raised the issue six years ago with her employer, she often found pornographic materials “displayed, glued and tucked in a variety of areas in the cockpit on Air Canada’s Embraer fleet of planes.” The materials are mostly “business cards” showing sexually explicit images.

Those particular planes are used on AC routes to and from Las Vegas; the incidents, say the airline, are isolated to that route. Air Canada said an independent third party investigation “determined the frequency with which such materials were found to be limited,” adding that the airline “took immediate corrective action” for the pilots involved.

Here’s the full text of the offer, which was sent to Vancity Buzz via email. (PS how about that closing line?!) 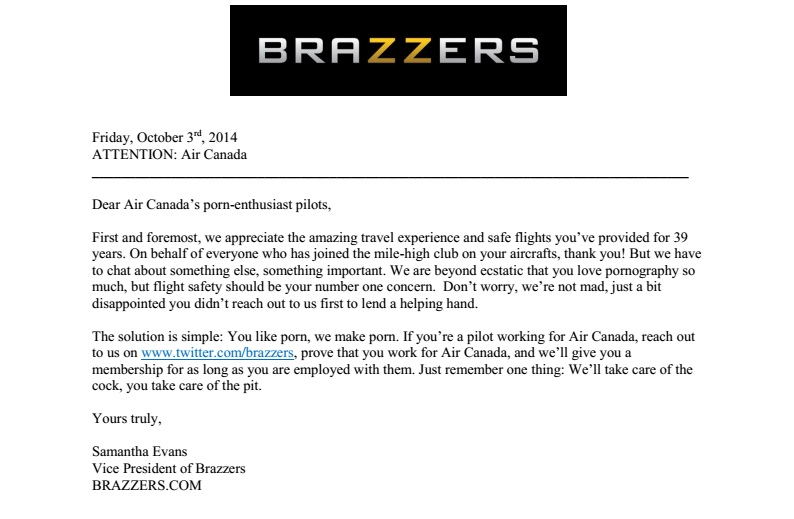