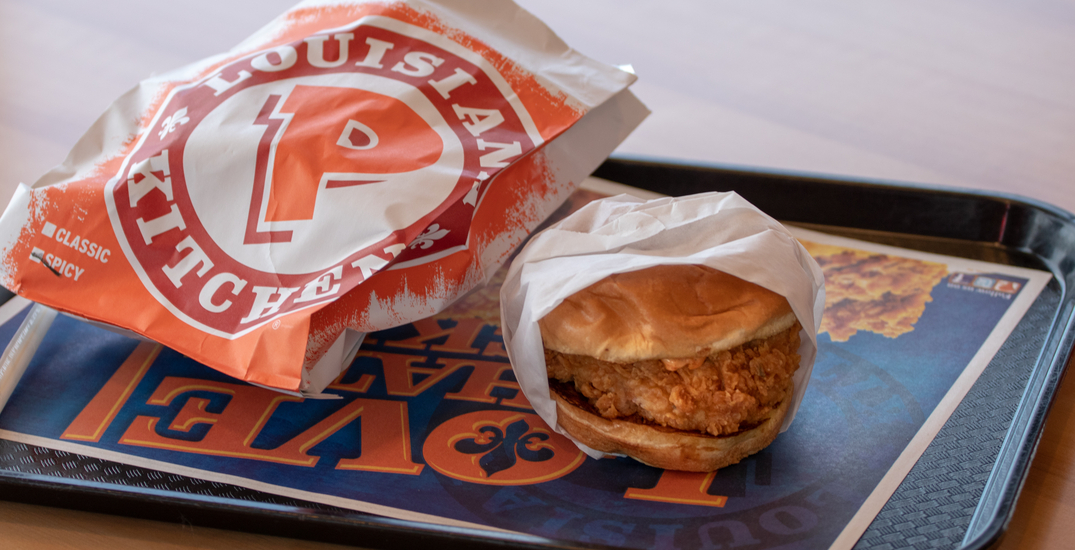 The American chain has seriously exploded on the west coast over the last few years, and the new Richmond location joins four other stores already operating in Metro Vancouver, including one eatery in Port Coquitlam, one in Langley, and two in Surrey.

Popeyes told Daily Hive that the new outpost will be located at 12800 Bridgeport Road, and they revealed it will be opening on December 1.

Folks have been excited to get a taste of this chain’s signature, bonafide eats like chicken tenders, sandwiches, sides, and the newly added viral chicken sandwich, which just launched across Canada.

In addition to the new Richmond spot, Popeyes told Daily Hive that a new Surrey eatery will be opening at 16033 108 Avenue in mid-December.

Another new branch will be opening at 7855 Kingsway in Burnaby as well. The tentative opening time for this location is sometime in 2021.