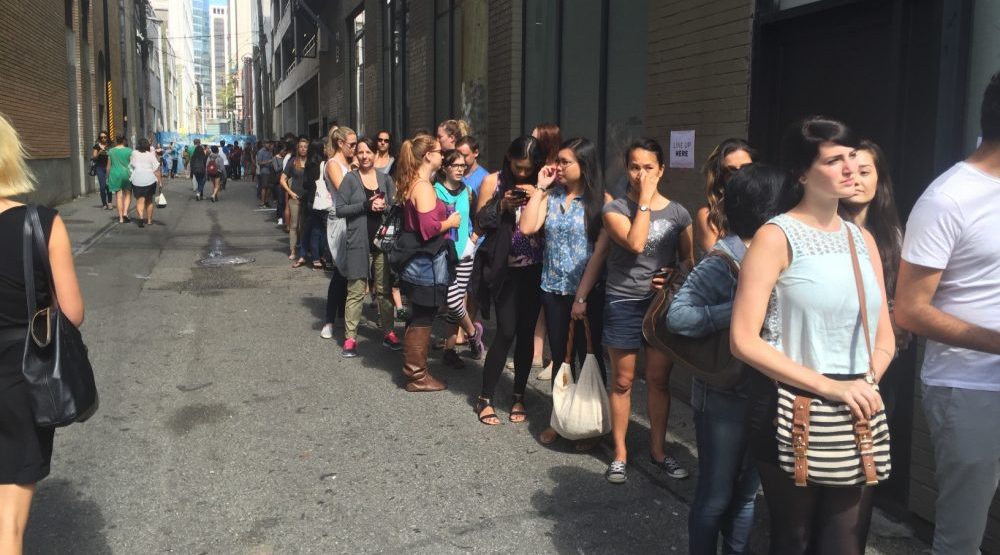 Hundreds of people lined up around the block in Vancouver today for an opportunity to play with some puppies.

The crowds were gathered for Cups & Pups, a pop-up puppy cafe that was organized to support BC SPCA and showcase some of the pooches they have up for adoption.

People arrived early to secure their spot at the event, which is taking place at TAXI Café on Richards Street, and lineups quickly stretched around the block into an adjacent alleyway.

Daily Hive spoke with Mika Nuval who had been in line for almost 45 minutes for the event.

“It’s one of my free days just after finishing my finals so I thought it would be a great way to relax,” she said.

People were being given assigned slots to ensure that as many of them as possible could get their chance to play with the puppies.

Entry into the event is $10, and coffee is also available. All proceeds go to support the life saving work that is performed by the BC SPCA.

#CupsAndPups lineup around the block.. and into an alley. #Vancouver will do anything for puppies, evidently. pic.twitter.com/hUMEpZuikl 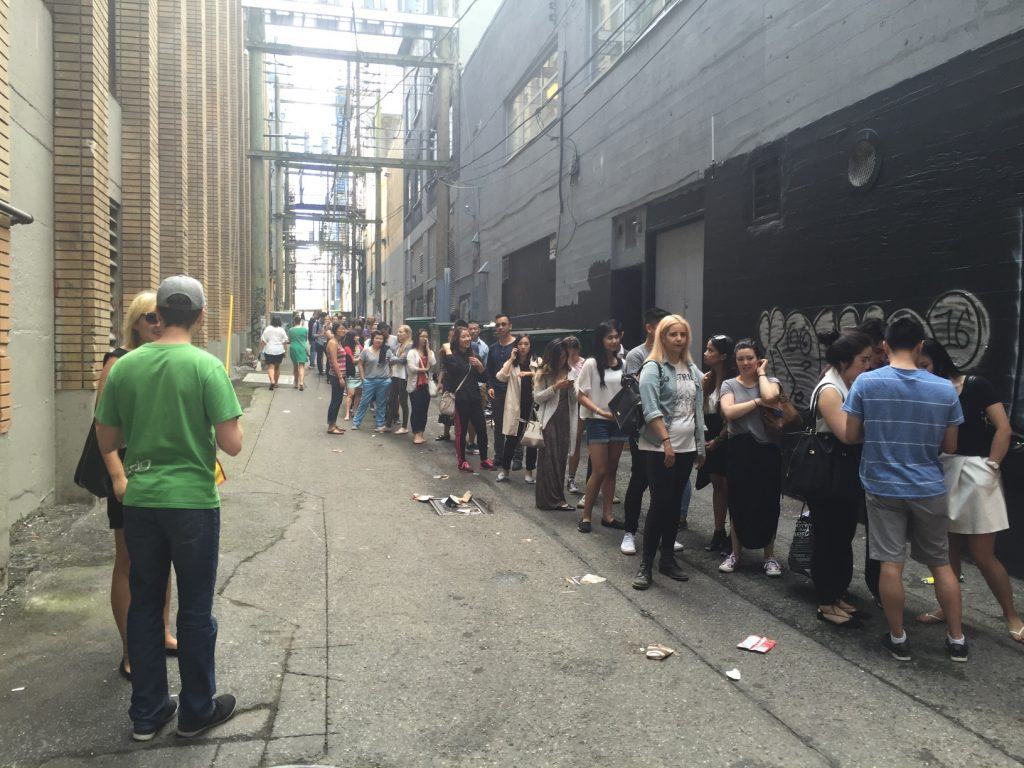 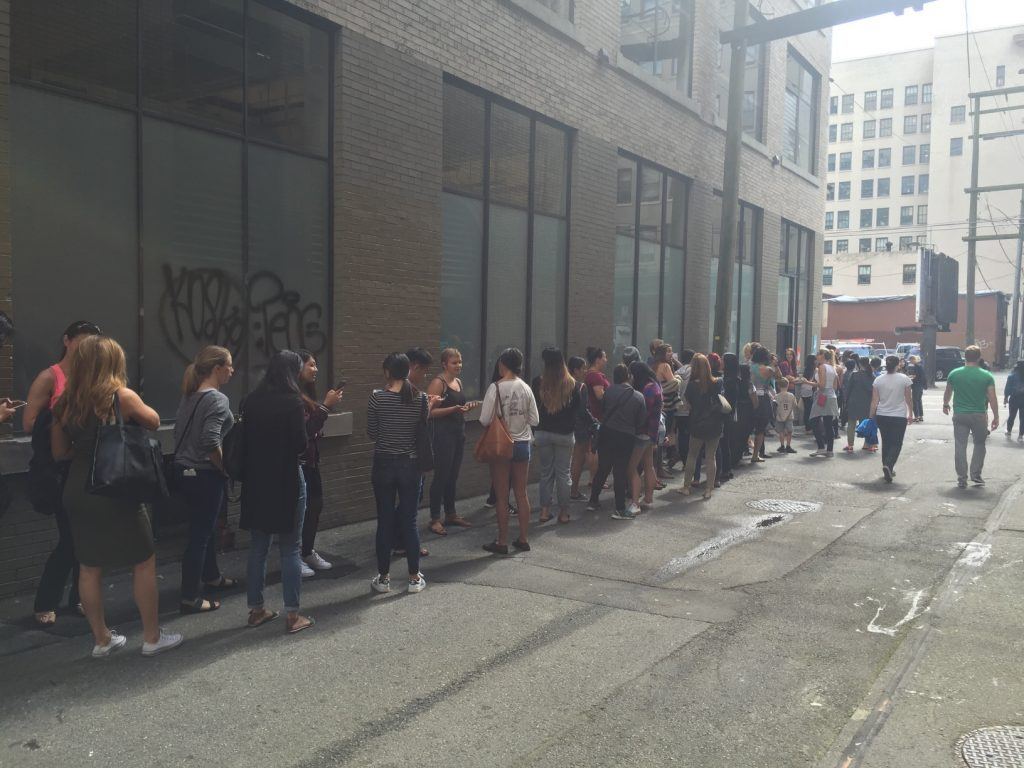 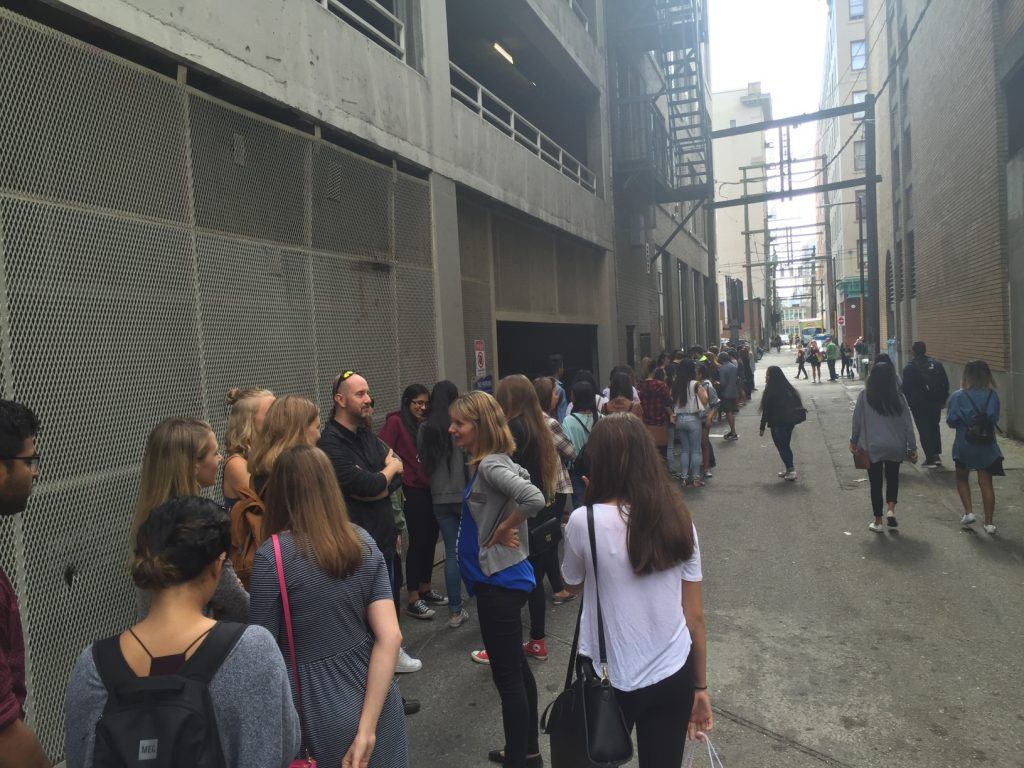