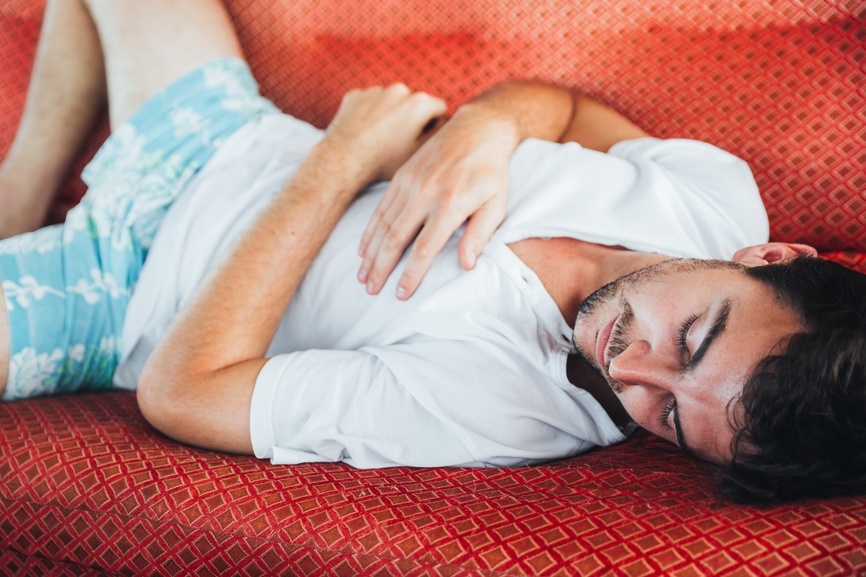 It’s the dirty little secret we all knew was true but couldn’t admit – there is a twisted Pleasure of Missing Out that we love to indulge a hell of a lot more than our Fear of Missing Out.

Or at least, there is for Americans, says an online survey conducted by US consumer research company OnePoll for Yelp Eat24.

Yes, this is literally a poll about couch potatoes.

The company surveyed 2000 people at random, aged between 18 and 54, in April. Most said they would prefer to watch a movie, take a nap, or even do chores rather than go out.

In fact, 30% of them said they’d rather do chores than go out.  Obviously no Fear of Missing Out for these folks. Who are these people?

And as if you didn’t know this already, 80% of them had lied or made excuses to avoid going out.

Top excuses were apparently that they’re too tired, don’t want to be around people or hate spending money. Sound familiar?

On average, the poll found respondents only go out four times a month – pretty lame given the number of Facebook events we’re being told our friends are interested in.

Unsurprisingly, the poll was seemingly carried out to promote a new app for ordering food – Eat24 – with the tagline, “Like a food truck in your pants.” Ahem.

The app doesn’t deliver to Canada though, so maybe here in the True North Strong And Free we’re still a sociable bunch.

Or maybe we are just that scared of missing out…