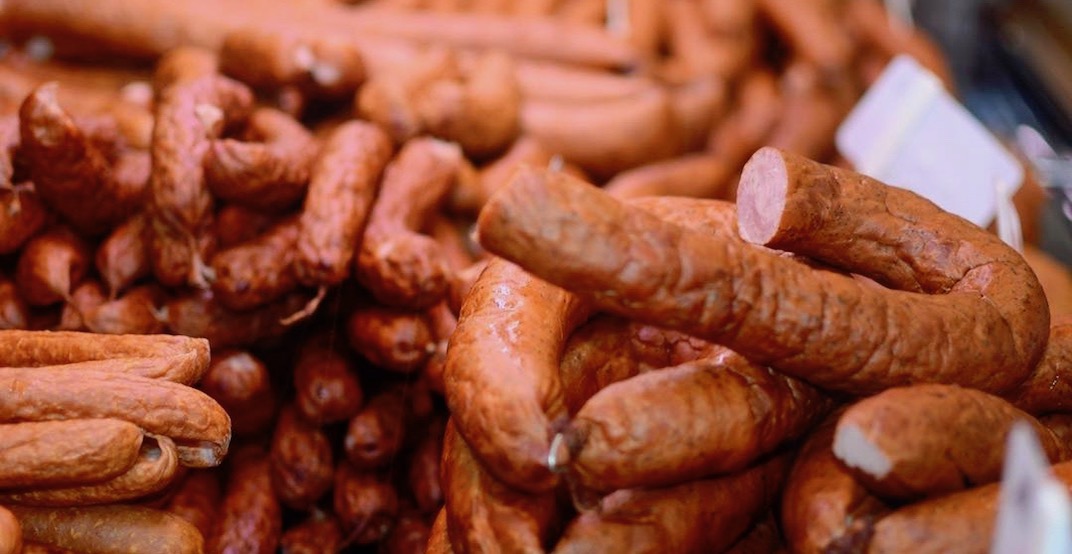 Vancouver Coastal Health has issued a public warning regarding the consumption of some sausage products sold by Polonia Sausage House.

Customers are being warned not to consume certain meat products from the brand due to possible bacterial contamination, including E. coli 0157: H7, listeria, or other bacteria.

It was found that some products were not processed using a validated method consistent with food safety standards after an inspection.

No illnesses have been reported linked to these products, and Polonia Sausage House has stopped selling the items.

There were eight products subject to this recall and they were sold at Polonia Sausage House locations in Vancouver and Surrey between August 1 and November 2, 2018.

There store locations are as follows:

Vancouver Coastal Health asks customers to either throw the products out immediately or return them to the place of purchase.

The following Polonia Sausage House products, sold in various weights, are affected by this alert: