A “Chinese Driver” car sticker is popping up in Metro Vancouver again, causing a debate between whether it is offensive or a movement of unity among Chinese drivers.

We first reported finding one of these decals back in 2012, and the issue appeared again in 2013 when a Redditor posted a picture of a similar sign found on Davie Street. Today, CTV Vancouver reported another story of a “Chinese Driver” sign being found in Vancouver’s West Side.

According to their investigation, it is mostly Chinese people buying the sticker, yet more Caucasian people find it offensive. The sticker is apparently available at Super Garage in Aberdeen Mall, Richmond.

Do you think the “Chinese Driver” sticker is offensive? Weigh in down in the comments section and answer our poll.

Check out the results of our poll here! 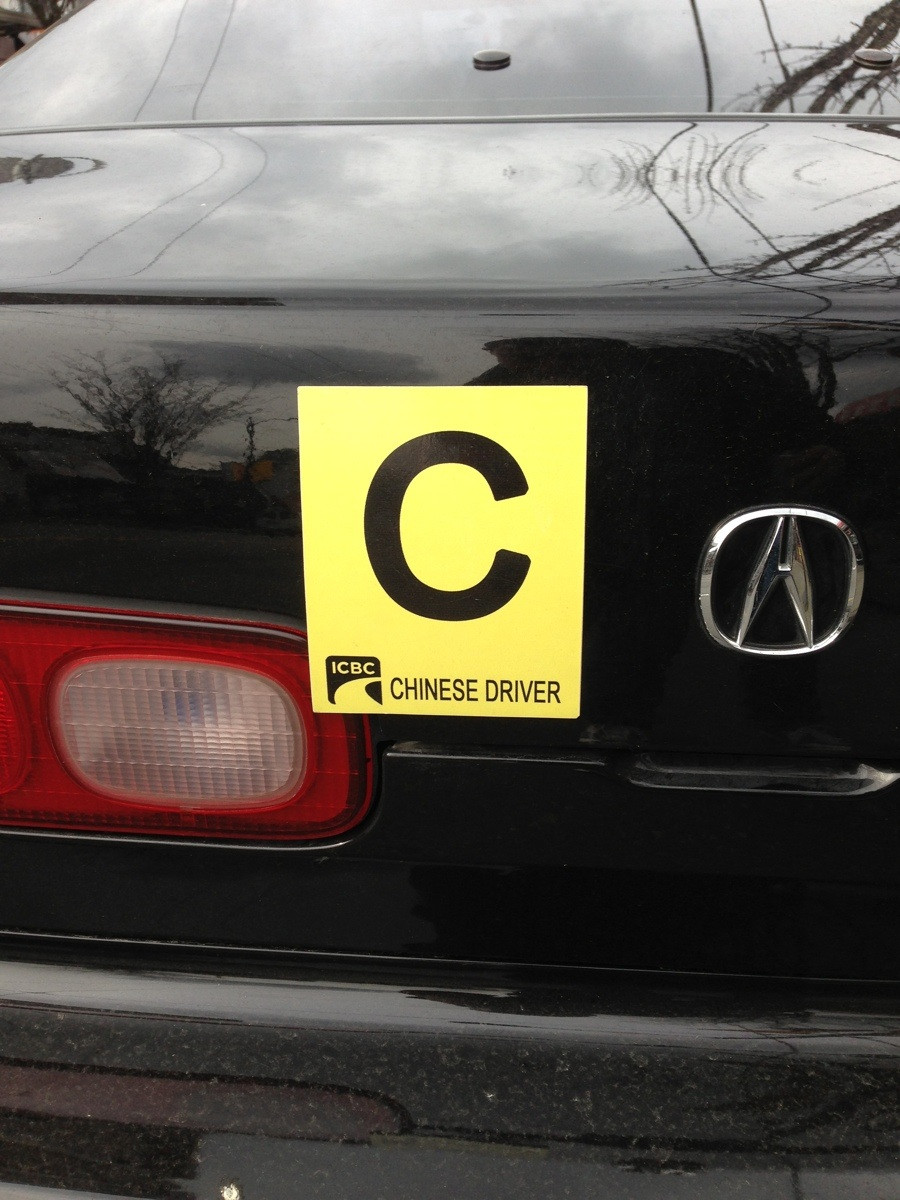