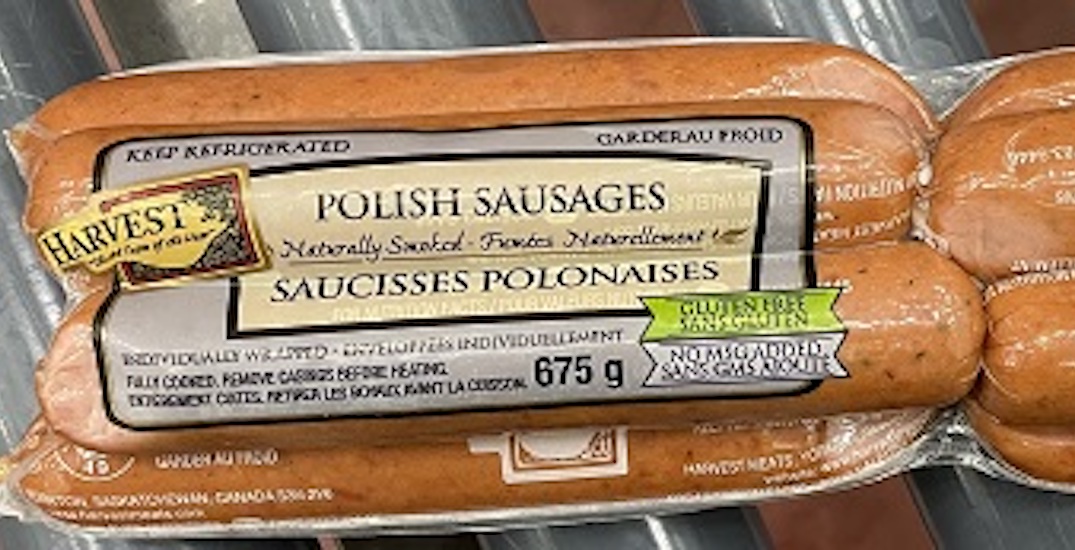 The Canadian Food Inspection Agency (CFIA) has issued a recall of Harvest brand Polish Sausages from the marketplace due to undercooking.

On January 14, the CFIA issued a notice detailing a recall by Harvest Meats’ Polish Sausages asking consumers not to eat the recalled product.

“Undercooked food may contain bacterial pathogens which can make you sick,” said the CFIA.

The affected product has a best before date of March 15, 2021. The product has been distributed to Alberta, British Columbia, Manitoba, Northwest Territories, Ontario, and Saskatchewan.

Earlier this week, the Belle Grove brand recalled its Whole White Mushrooms because they may permit the growth of Clostridium botulinum. The recall was announced on January 9.

On January 11, the CFIA issued a notice regarding a recall by Piller’s Fine Food for its Oven Roasted Turkey Breast due to pieces of plastic found within the meat.

“There have been no reported illnesses associated with the consumption of this product,” said the CFIA.