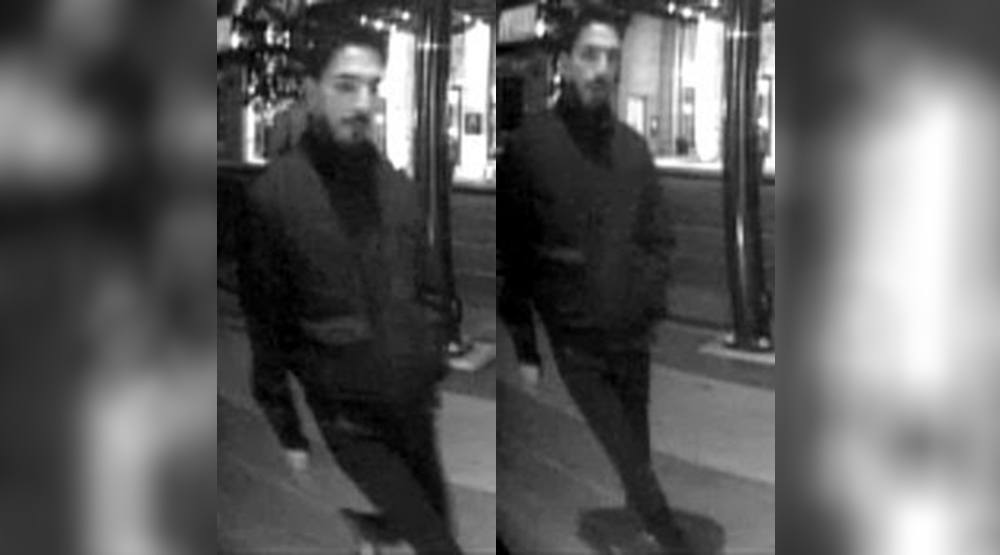 Police are seeking the public’s help in identifying a man who has been deemed a person of interest after a woman was randomly sexually assaulted in downtown Vancouver.

The incident occurred on Sunday, October 9 just after 3 am when a 34-year-old woman was about to key her way into an apartment building near the intersection of Robson and Richards street in downtown Vancouver. After being groped from behind, she yelled and scared the male off, and he was last seen walking quickly towards Robson Street.

Vancouver Police describe the man as olive skinned, 5’5″ to 5’7″ tall, slim build, with dark hair, a moustache, and a goatee. At the time of the incident, he was well-dressed, wearing all-black clothing.

Please note that he has not been determined as a suspect.

Anyone who recognizes the man or has information about the assault is asked to contact Vancouver Police Sex Crimes Unit at 604-717-0600 or Crime Stoppers’ anonymous hotline at 1-800-222-8477.