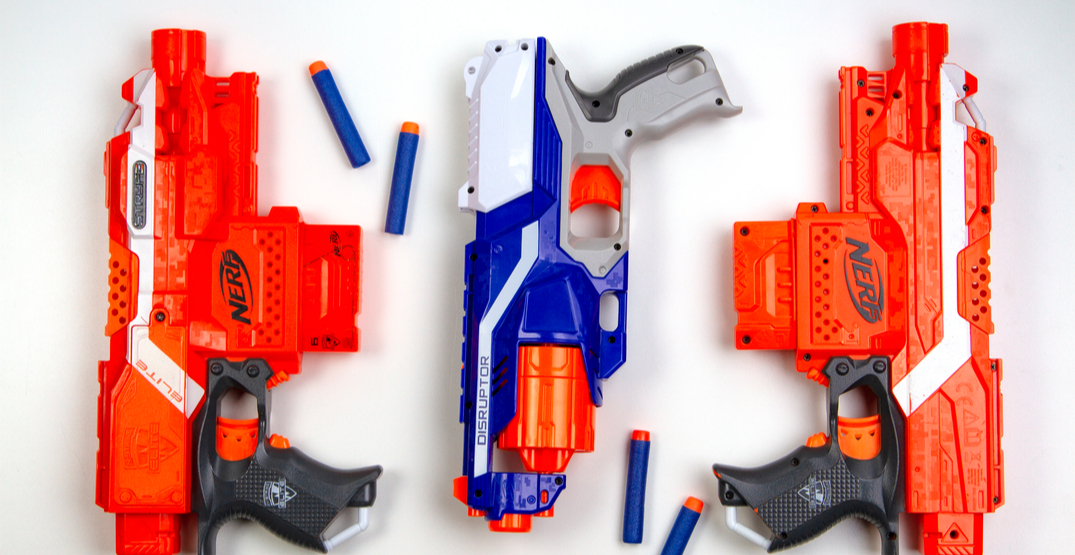 A late-night call reporting a gunfight ended a lot differently than expected for the police.

On Wednesday morning, at approximately 2:07 am, a caller reported an altercation between a group of individuals to the Delta Police Department (DPD).

The DPD says in a tweet that the caller reported several people “arguing” and “threatening to shoot each other.”

When frontline officers arrived at a residence in North Delta, however, it was a completely different kind of “gun battle.”

Police say the situation was four “combatants” involved in a Nerf gun battle, all of whom were “utterly unaware of the time and noise levels.”

Fortunately, there were no major injuries to the officers or the individuals involved, although “one man received a minor welt.”

The fight was broken up, however, due to the early hour — meaning that no winner was determined.

Caller, 2:07 am -They’re arguing, they’re threatening to shoot each other.

Police – Arrive on scene to a gun battle.

…a Nerf gun battle. One man received a minor welt. The 4 combatants were utterly unaware of the time and noise levels.#Delta, where big calls get small. pic.twitter.com/U72iK582gx