Transit Police are in need of the public’s help in identifying the man who died in an ‘medical emergency’ on Saturday morning at Surrey’s SkyTrain Scott Road Station.

The incident occurred just before 7:30 a.m. and significantly affected Surrey’s train service until the early afternoon. Emergency responders promptly arrived at the station but immediately declared the man as deceased.

The nature of the man’s death has not been released by Transit Police. He is described as possibly South Asian, between the ages of 30 and 40 and slender build with short brown hair. At the time of the incident, he was wearing a blue/gray jacket, blue jeans and black/silver Nike running shoes.

Police have released a photo of a unique tattoo on the man’s upper back in hopes that a friend or next of kin may be able to identify him. 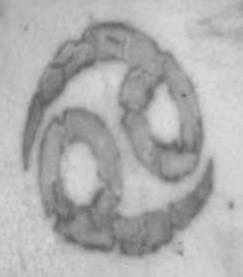