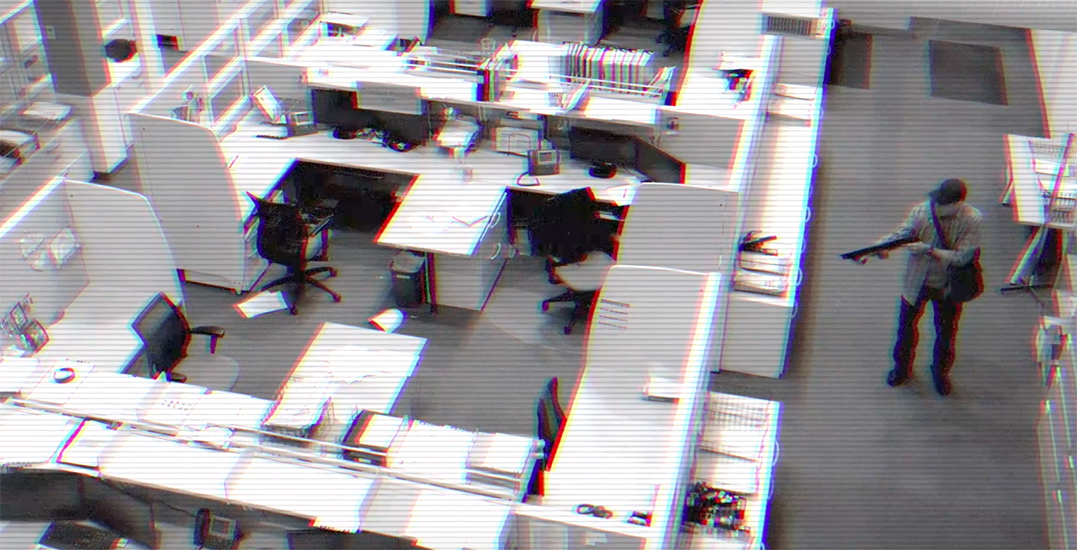 The Vancouver Police have released a video to help educate the public on how to survive an active deadly threat.

According to Cheif Constable Adam Palmer, “active deadly threats are rare in Canada, but they do happen.”

The threat could consist of “a gun, a knife, or a vehicle.”

He adds that while the police respond to the situation in a matter of minutes, it still “takes time for first responders to arrive and your safety may be in your hands.”

The eight-minute video walks the viewer through likely scenarios involving an active shooter in an office building. Survival tips, as well as the safety of various options, are highlighted throughout the video.

The video states that in the event of a deadly threat, viewers need to act quickly and look for a safe escape route. Small enclosed spaces like an elevator or windows from high elevation pose high levels of risk. An alternative exit like a fire escape, which leads to a back door and away from the sound of gunfire, is a much safer option.

Upon calling 911, be ready to share with the dispatcher:

If occupants are unable to flee the building safely, their next best option is to hide. In any room, it’s important to turn off the lights, close the blinds, and to lock the door – as well as barricade the door, if possible. Hiding behind large objects also decrease your chances of being detected.

If all else fails, the final option is to fight. The Vancouver Police remind that individuals have every right to defend themselves and should attempt to take the assailant down if no other options are available. Respondents should already be on their way.

Chief Palmer comments that while the force’s officers are trained, “preparation could be the key to surviving an incident like this.”

The video was funded by the Vancouver Police Foundation, and created with input from E-Comm, BC Emergency Health Services, and Vancouver Fire and Rescue.