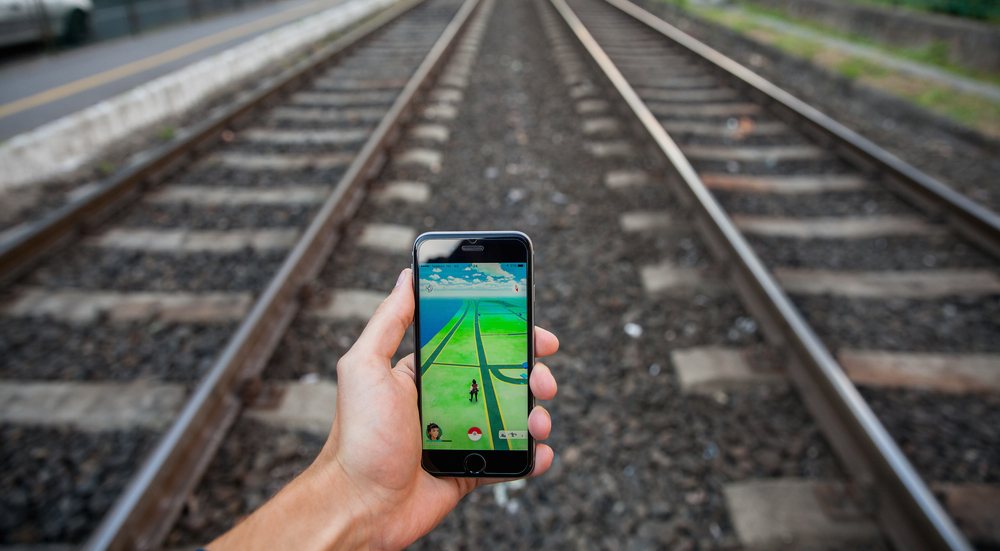 A young man playing Pokémon Go jumped onto the SkyTrain tracks in an apparent attempt to catch a creature in the augmented reality game that has taken the world by storm.

Metro Vancouver Transit Police says the incident occurred on Tuesday morning on the platform of the Canada Line’s Vancouver City Centre Station. Two young men on the platform were holding their phones up on their hands, and one of the men jumped onto the guideway and remained there for 20 seconds before jumping back up onto the platform.

Canada Line attendants and Transit Police were unable to stop and talk to them as both men ran out of the station immediately after the track intrusion.

“What we think was going on, because of the way they were behaving, was that they were playing Pokémon GO, and he was chasing one of the characters down onto the guideway,” Anne Drennan, the Media Advisor for Transit Police, told Daily Hive.

The man put both himself and other passengers in danger. The third rail on the tracks that provide power to the trains is electrified with 600 volts and an incoming train just beyond the station was forced to use its emergency brakes. Fortunately, nobody was injured in the emergency train stop and as this occurred after the morning rush hour period, the train was not full of passengers.

On the tracks at each station along the Canada and Millennium lines, a web of infrared beams detect any track intrusions – small objects or even people that go beyond the yellow line or fall into the path of a train. When this happens, the emergency systems go off automatically. A similar track intrusion system exists at each Expo Line station, except that it uses metal pressure plate sensors.

Over the past few days, since the launch of the app in Canada, Drennan says attendants have noticed a number of people playing the game on the platform and pointing their phones in the direction of the guideway.

“They’re standing on the platform as close as they can to get to the edge of the platform, and the attendants have actually seen on some of the smartphone screens the characters hovering down on the tracks,” she said, adding that anyone who is caught on the tracks will have “no mercy for playing a game that requires them to do something so unsafe for themselves and others.”

Anyone caught on the tracks could be penalized by up to $230 and charged for mischief.

Separately, during the early morning hours of Tuesday, there were large crowds of people playing Pokémon GO outside Metrotown, Lougheed Town Centre, and Surrey Central stations just before train service for the day ended. There were over 100 people at both Lougheed and Surrey Central and at Metrotown there were over 200 people, many within the bus loop area just outside of the station.

“Fortunately, at that hour of the morning, it’s not very busy but you know there were some buses and vehicles that have to move through the area,” said Drennan. “We’re always concerned when people are so engrossed in their screens that they are not going to play attention and might get hit by a vehicle.”

“We want people to be very much aware of where they are and where their surroundings are,” said Drennan. “We recognize that it should be something your’e enjoying but be safe while you’re enjoying it.”

However, the large crowds did not return to the stations last night.

There have been similar instances on train systems in other regions, including an incident on the TTC subway at downtown Toronto’s Union Station which was part of a comedic stunt meant to illustrate the dangers of playing Pokémon Go.

A fan-made video uploaded to YouTube, titled ‘Pokémon Go Problems’, shows a man playing the game on the smartphone while crossing the road and not looking at traffic, walking into garbage bins and lamp posts, going behind a McDonald’s restaurant counter, and falling into Lake Ontario on the Toronto waterfront.

The comedian has received heavy criticism on social media and from the TTC for putting himself and others in danger.