Update: After five days of council sessions and well over 200 speakers, the City of Vancouver has approved the controversial $6 million bike route through Kitsilano. Construction of the bike lanes in Point Grey will complete 28 kilometres of continuous waterfront cycling network.

If you live in the Vancouver Westside and regularly use Point Grey Road as your commute route to downtown Vancouver, a long 1-km section of the route will no longer be available for your use by the end of this year should the $6-million Point Grey-Cornwall bike lane plan be approved by Vancouver City Council.

City staff have recommended to Council that the street become a residents-only street by blocking off Point Grey Road at Macdonald Street to the east and Alma Street to the west. The bike lane plan will connect the Burrard Bridge bike lanes with Jericho Beach and Vancouver Westside neighbourhoods.

The plan to “calm” the street will reduce vehicle traffic from 10,000 per day to just 500. The vehicle traffic from this street of road is expected to be largely diverted to Macdonald Street, the eastern end of the Point Grey Road closure, and Broadway and West 4th Avenue. Macdonald Street, which is just two lanes wide and serviced by the #2 and #22 buses, will see its daily traffic spike from the current 10,000 per day to 17,000 plus.

Needless to say, many residents in the area and in the Vancouver Westside are not too happy with the decrease in mobility and the increase in traffic on their neighbourhood streets. For transit users, it floods more traffic onto already congested arterial roads on West 4th Avenue and Broadway, which are heavily used by buses.

Along Cornwall Avenue and west of Alma Street on Point Grey Road to Jericho Beach, bike lanes will be installed but will not involve total road closures to vehicles. York Avenue will also become a one-way neighbourhood street to make way for an secondary bike lane route.

It really makes you think whether a plan with less impact, that also considers the needs of commuters, could have been hatched. 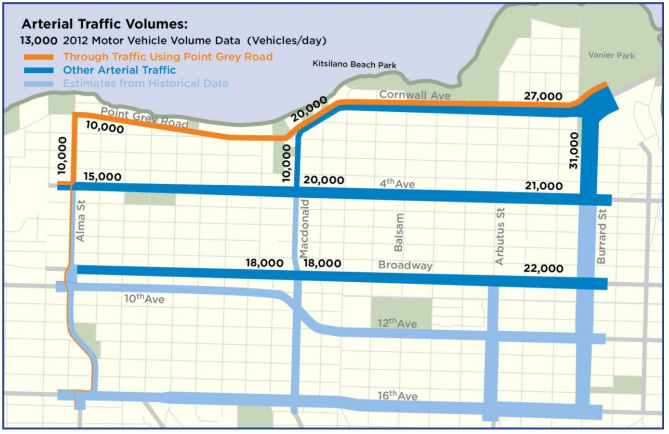 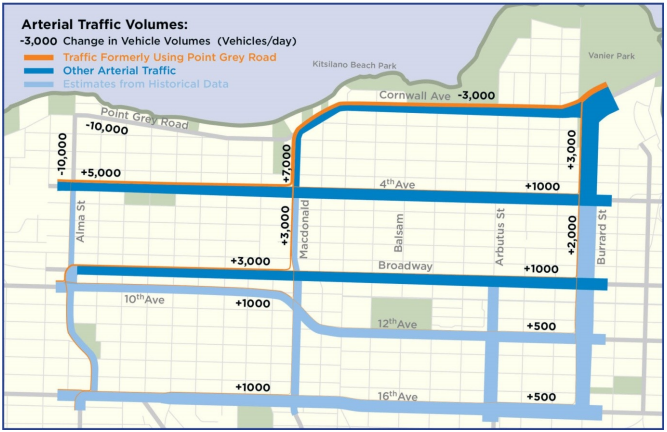 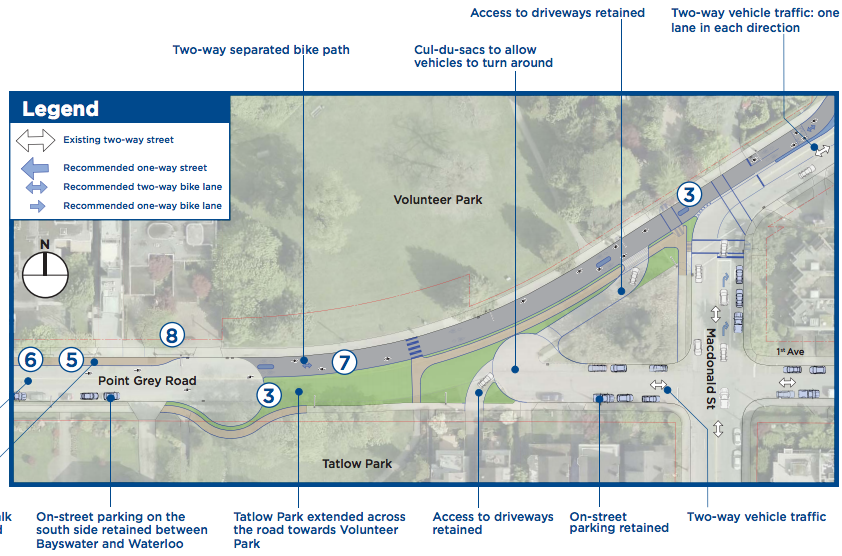 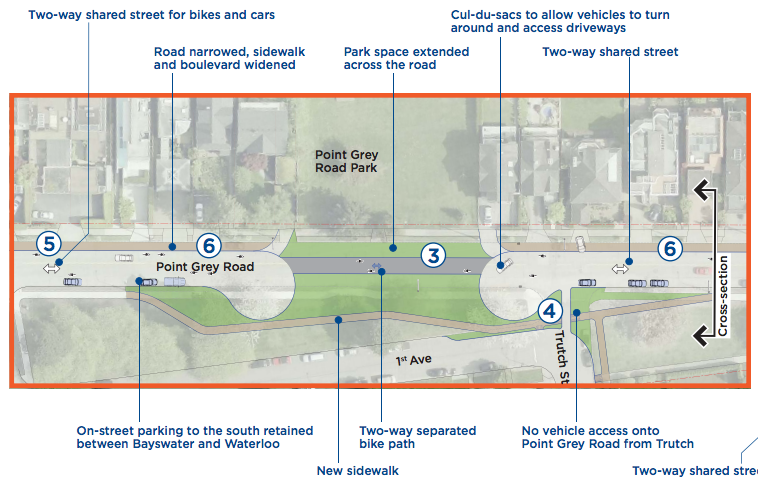 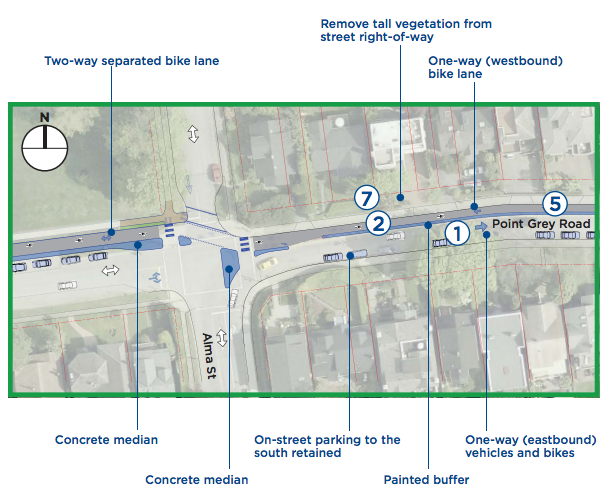