Amidst the late afternoon sun and tall evergreens, a crowd gathered to honour the forest they saved. Poets, painters, scientists, dancers, and environmental enthusiasts alike could be found in the Blaauw Eco-Forest to celebrate the anniversary of its preservation.

The old rainforest in GlenValley, Langley is home to many ancient trees, including a giant Black Cottonwood that’s possibly over 240-years-old. But two years ago, the land previously known as McLellan Park was put up for sale to raise funds for capital projects. It was also rumoured that a local developer wanted to build private country estates, which would deter public access to the area. When developers started to take an interest, panic spread among the locals who cherished its public trails.

The community rallied, and Kirk Roberts along with several other passionate residents formed Watchers Of Langley Forests (WOLF). Their hope was to buy the land themselves and preserve the park as it was. They were given two months to raise $3-million to purchase McLellan Forest East; essentially buying back land that already belonged to them. 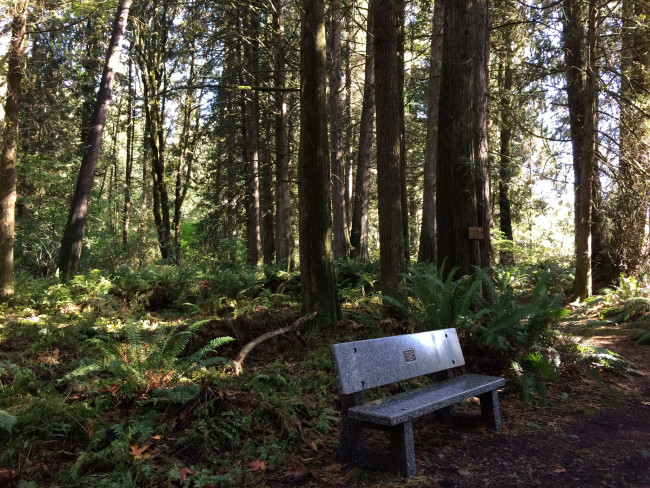 The price tag proved too big for WOLF to obtain on its own. It was only when local artist Susan McCaslin decided to bring poetry into the matter that change began to happen.

With the help of people like Mark Haddock, a Vancouver environmental lawyer, and many others, they gathered poetry from artists in the community to hang from the trees in quiet protest. The Han Shan Initiative was born, named after a monk from ancient China who scribbled poems on rocks and suspended them from trees.

The simple call for poetry snowballed into an impactful movement. Painter Susan Falk joined in by creating pieces inspired from selected poetry in the forest. The media caught wind of this artistic protest and more activists began to join in support from all across Vancouver. 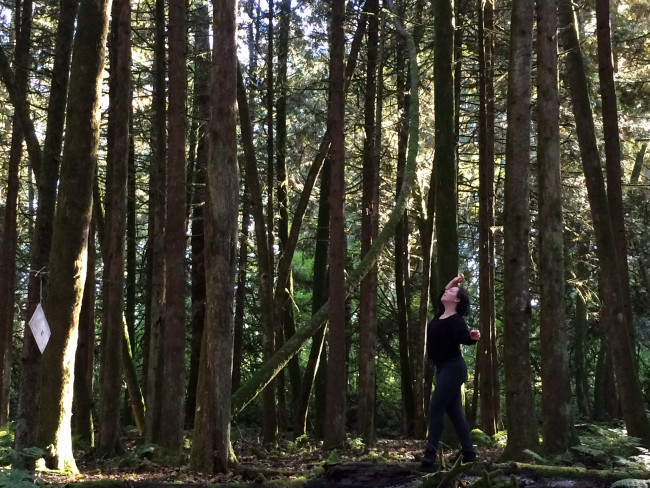 Amidst the momentum to save McLellan Park, local Langley resident Anne Blaauw heard the news. The park had been a place where she and her husband, now deceased, spent a lot of time.

With the land for sale and her husband’s death so recent, Blaauw saw the opportunity not only for McLellan Park to be saved but to keep Thomas Blaauw’s memory alive. It was a piece of land he truly loved.

In February 2013, the Blaauw family bought McLellan Park and renamed it the Blaauw Forest in memory of a lost husband, father, and grandfather. The Blaauw family gave TWU money to buy the forest, in order to maintain a public park.

“From day one it was win-win-win,” says John Blaauw, son of Anne and Thomas. The park was left open to the public while offering the Trinity Western biology department opportunity research the forest. 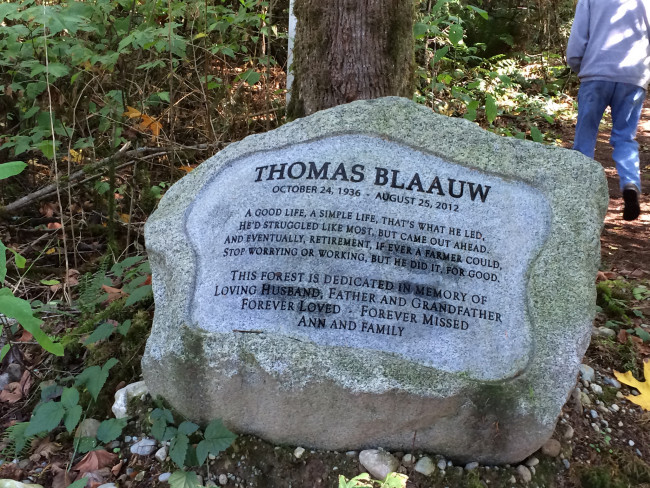 The discoveries have done more than just uncover the surprisingly expansive diversity of plant and species, but given hope to students they could have never anticipated.

“This project changed my entire future path,” says Beth Guirr, a graduate of Trinity who researched lichen in the 1500-year-old forest. Her hope was to go into dentistry until she began her research in the Blaauw. After appreciating nature and what it can do, her dreams are set on being a naturopathic doctor.

Two years ago, the park could have become a long line of houses. It only took a few people coming together to make a difference.

“It is a reality and symbol of how a small action has large repercussions,” says McCaslin, who helped get the project in motion.

The Blaauw Eco-Forest means so many different things to so many different people. For the Blaauw family, a remembrance of a loved one. For Trinity Western, a setting of education and discovery. To the community, artistic inspiration and land to be loved.

Under one canopy of a forest, hope has unraveled in every way.

Colleen Little is a freelance writer and editor in Vancouver, BC. She contributes to Valley Buzz and Converge Magazine. Follow her on Instagram @cocoolittle