Flix Anonymous is a weekly podcast for cinephiles who have an addiction to TV and film.

As a way to give back to our listeners we are giving away 6 double passes to the Vancity Buzz-sponsored advance screening of Deadpool in Vancouver on February 4. You need to listen to this episode to hear how you can pick those bad boys up! 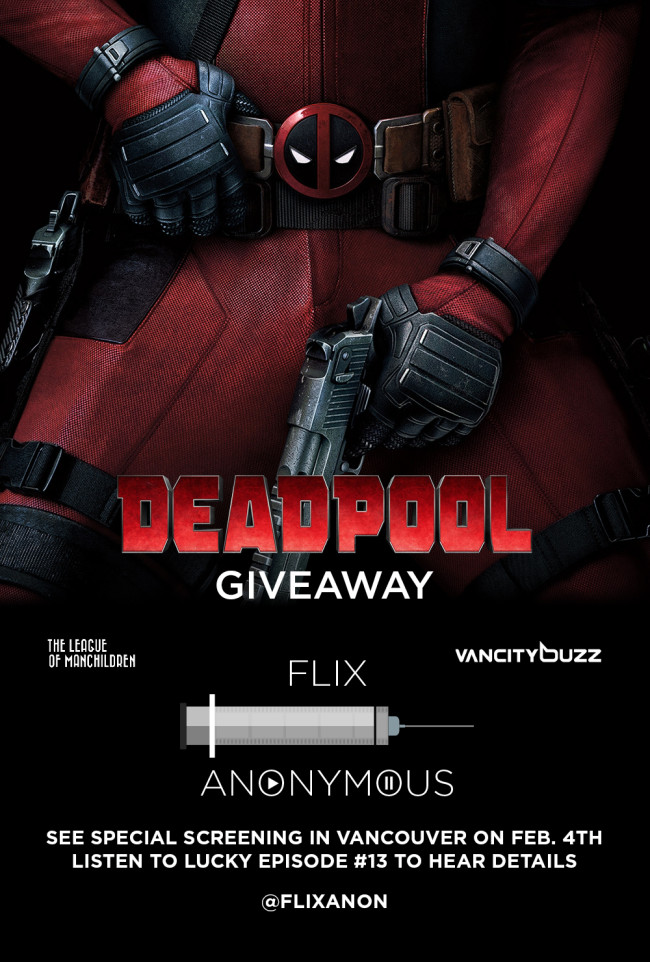 Steve Stebbing “Stevil Dead” (CKNW and League of Manchildren Film Critic) and Trevor Dueck (Vancity Buzz Film Critic) have joined forces to bring you Flix Anonymous, a podcast that will bring you a fresh perspective on the TV and film universe each and every Friday.

Over the course of 45-plus minutes, this dynamic duo will help you separate the “must sees” from the “wait-for-DVDs” helping you to decide what’s worth watching during the week ahead. Don’t expect your regular stuffy film critics however, this is a fun, no-nonsense take on everything entertainment.

So if you’re addicted to film and television, this podcast is here to help. Check out Flix Anonymous on Twitter, Facebook, Soundcloud, and of course Vancity Buzz and League of Manchildren.

You can now subscribe to our show on iTunes and Stitcher!