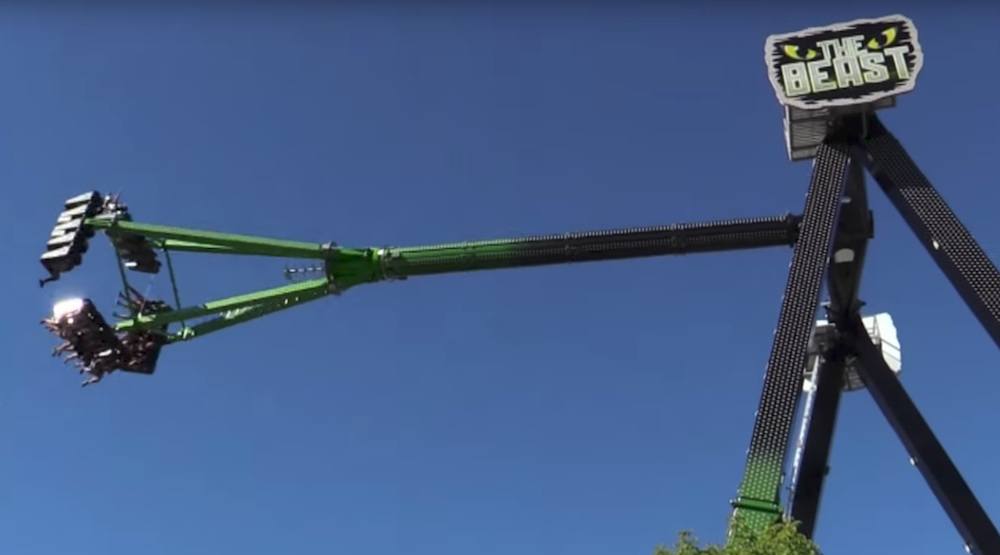 The Beast ride at Playland at the PNE. (CoasterForce / YouTube)

Calling the move “an abundance of caution” the operators of Playland at the PNE made the voluntarily decision to close the ride known as The Beast Thursday, “for supplemental inspections of all aspects of the ride.”

The decision follows the ride accident that occurred Wednesday in Ohio, which involved a ride made by KMG, the same manufacturer as The Beast.

In that case, one person was killed and several others injured after a ride malfunctioned.

“The regulations overseeing ride operations in British Columbia are some of the most progressive in the world,” said PNE spokesperson Laura Ballance. “In Playland, all of our rides are inspected by the BC Safety Authority prior to the opening of season.”

Additionally, she said, “each ride at Playland is inspected daily by our ride technicians, as well as our operations teams, and we are very confident in the safety of all our rides.”

Ballance said the decision was made because guest safety is Playland’s number one priority.

The Beast, a swinging pendulum ride, was purchased new from manufacturer KMG of the Netherlands.

The ride was assembled at Playland, where it underwent inspections and testing prior to opening in 2015.

Inspections of the ride are performed on a twice-daily basis and subject to two annual inspections by a third-party industry contractor.

“It is important to understand a key difference between Playland’s Beast and travelling models,” noted Ballance. “Our ride is a permanent structure assembled once and thoroughly inspected and tested.”

By contrast, she furthered, “smaller travelling versions of the rides are frequently assembled, operated, disassembled, and then shipped to their next location.”