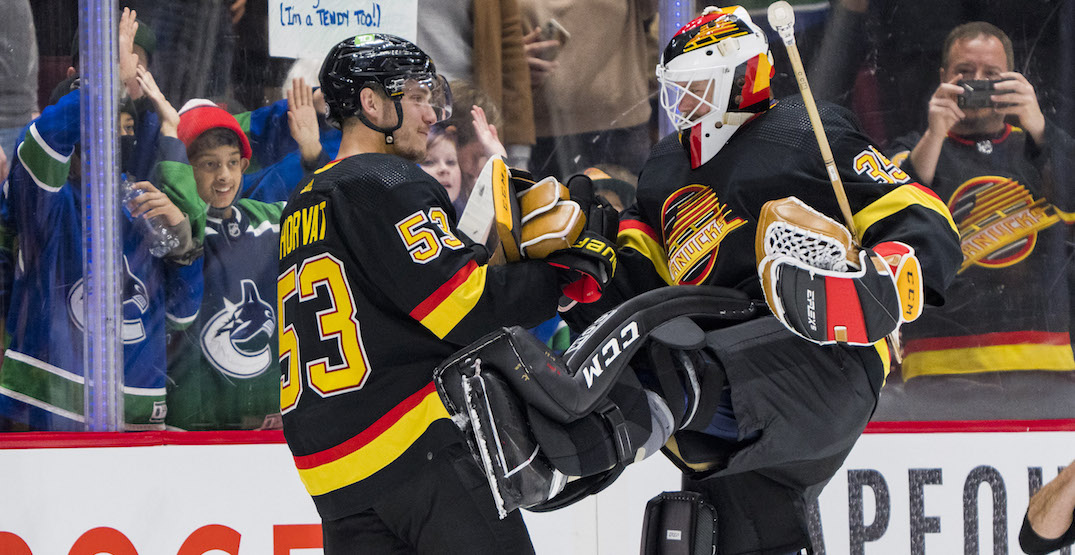 Don’t look now, but the Vancouver Canucks are back in the playoff race.

There’s still lots of work to be done, but the playoffs are now a realistic possibility for the Canucks, thanks to their recent run of five wins in six games.

Vancouver now has the 10th-highest points percentage in the Western Conference, trailing Dallas for the final playoff spot by just three points. The Stars have two games in hand, though the Canucks also trail the Golden Knights by just four points, with Vegas holding only one game in hand. 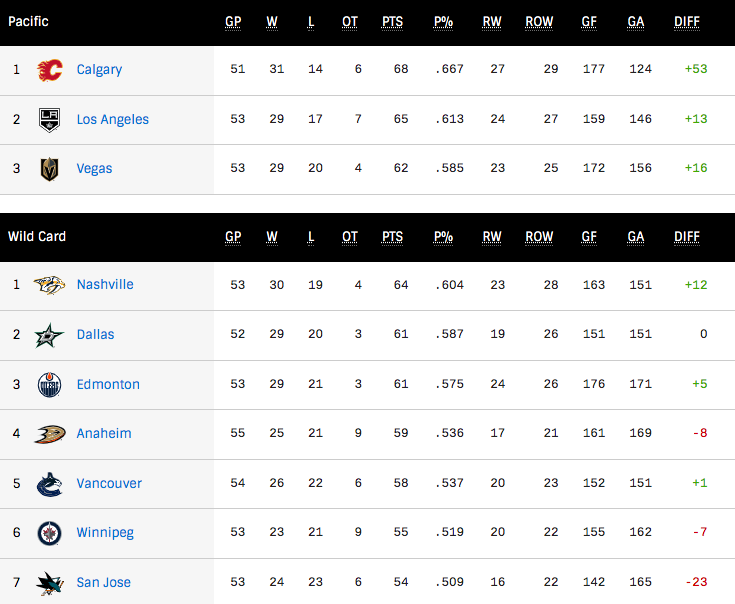 This is no longer just a nice start under Bruce Boudreau. The Canucks are 18-7-4 in 29 games under their new coach, giving Vancouver the seventh-best points percentage (.690) in the NHL since his first game on December 6.

The Canucks have climbed out of a giant hole they dug for themselves under Travis Green. Vancouver’s record was 8-15-2 under Green, giving them the fourth-worst points percentage (.360) in the NHL.

The Canucks, who had a -20 goal differential when Boudreau came on board, are now +1 in that statistic after Sunday’s 5-2 win in New York.

How many wins they’ll need down the stretch

Getting back into the race is one thing, climbing over teams and into the postseason is another.

They’ll need to continue to string wins together over their final 28 games.

But how many wins will the Canucks actually need?

In the six full 82-game seasons played since the NHL changed its playoff format in 2013, the average point total of the worst playoff team in the Western Conference was 92. The highest point total needed to get in was 97 points by Calgary in 2015, while the lowest total that put a team in the postseason was 87 by Minnesota in 2016.

Decision coming up for management

With three weeks to go until the NHL trade deadline, Canucks management could be faced with an interesting dilemma.

Jim Rutherford and Patrik Allvin have spoken publicly about the need for change with this team, expressing a desire to clear cap space and acquire draft picks. That’ll be tough to do without severely hurting the team’s chances of winning in the near term.

If the Canucks are out of the playoff picture by the deadline, then offloading talent can be done with relative ease. But if Vancouver is still in the race by March 21, moving someone like J.T. Miller would be a tough message to send to your players and your fans.

That doesn’t mean it’s the wrong move, mind you. Much of the Canucks’ success has been on the back of Thatcher Demko, who has masked deficiencies in other areas of the team on many nights.

Is management aiming for the playoffs or the Stanley Cup? And do they believe they can do both?

If the Canucks keep winning, we’ll find out that answer soon.