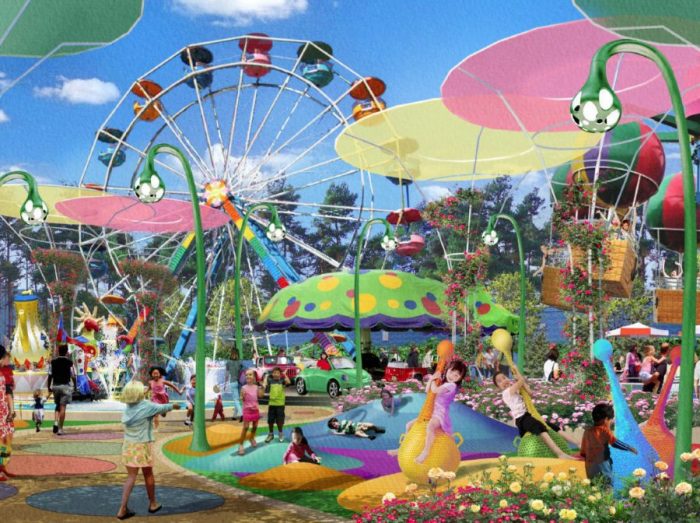 Proponents of PlayLand’s expansion and conversion from a local amusement park into a “world-class” theme park were questioned by Vancouver City Council today about their process for choosing the six themes outlined in the proposed plans.

Last week, Daily Hive first reported that PNE staff had created a $120-million, 10-year proposal for expanding PlayLand’s size from 15 acres to 22 acres while also retrofitting the amusement park’s existing footprint. In the process, over two construction phases, up to six themed lands would be carved out, such as Main Street for a new entrance into the site, forest-themed Adventure Land, the Coastal Village based on B.C.’s fisheries centred around a new lake, an urban-themed District, and a Wonderland-themed area with bright and oversized objects designed for kids.

Michael McDaniel, the CEO of the PNE, told City Council that these preliminary concepts were designed by Forrec, a global theme park entertainment design consulting company, that has worked on six of the top ten theme parks in the world, including Universal Studios, Legoland, Dollywood, and Six Flags Entertainment.

“Forrec came up with the themes in consultation with PNE staff, with the backdrop that the concept is we may want to have things that are special to the Pacific Northwest,” said McDaneil, in response to a question from Councillor Kerry Jang. “So you see those tones in there, not necessarily just landscapes but today’s world as well.”

“Going forward, I think that’s really the question we need to answer: What story do we want to tell, how we want to tell it, and how it might evolve over time.”

Currently, PlayLand is an amusement park with rides and games constructed on an asphalt surface. In contrast, a theme park incorporates more green space and passive areas, themed entertainment, targets a wider audience of visitors, and allows areas to be re-themed to keep the theme park constantly fresh.

Walt Disney refined the theme park concept and made it popular with the construction of Disneyland in Anaheim. Since then, there have been many other applications – although none quite as extravagant and meticulous – such as Copenhagen, Denmark’s 28-acre Tivoli Gardens and Rust, Germany’s 235-acre Europa Park. Both European theme parks are the direct sources of inspiration for PlayLand’s redevelopment.

A ‘Disney-like’ application for PlayLand does not literally mean a Disneyland-like quality park, but rather greatly improved aesthetic and entertainment elements.

“The idea with this model, and has been done around the world, is when you do that, you can in the distant future redesign one theme to keep that call to action to come,” said McDaniel. “So we’re looking at how this might be implemented in this first decade, and how it might change in the next decade.”

Jang said moving forward he wanted to see some public consultation on the proposed themes to avoid some of the “weird extremes” he has personally experienced at theme parks elsewhere in the world.

During the meeting, several Councillors also brought forth their concerns about increased traffic in the area from the expansion and the possible need for further consultation with the residents in the neighbourhood. When fully complete, the project could increase PlayLand’s annual seasonal attendance by 50% from 530,000 to 815,000 visitors, attracting both locals and visitors.

However, McDaniel said the Hastings Park Master Plan approved by City Council in 2010 already included extensive public consultations on parking and public transportation considerations. City Council’s approval also enabled the PNE to proceed with initiating the design and planning process for PlayLand’s expansion as it was a key component of the Master Plan.

“As part of the Hastings Park Master Plan, traffic flow and parking was an essential part of what made up the plan,” he said. “There were traffic studies done at the time, and public consultation was also done at the time.”

“From a traffic flow and parking perspective, the only time we have the demand that overflows the supply right now is during the Fair. That’s our primary goal. In terms of the Playland season and other events, there is ample supply.”

As for existing public transit services, McDaniel said TransLink’s services running in the area are partially based on the baseline of activities that occur in Hastings Park. They also increase service and operate special services during the Fair and other major events.

McDaniel also noted that the PNE had internally discussed the idea of working with TransLink to build a West Coast Express station given that the service runs immediately north of the park.

PNE is seeking $1.5 million from the City of Vancouver to undergo more detailed design and financial work for the project, which will lead to the creation of a detailed design report to be released in summer or fall 2017. After it hears from more speakers, Council will vote on Wednesday on whether to follow the City staff recommendation of granting the PNE the funds.

Currently, of the total projected $120 million cost, $41 million is allocated for site redevelopment, $45 million for ride and attraction investments, $26 million for improved infrastructure, and $8 million for greening. This is an increase of $41 million from the Master Plan’s figure of $79 million six years ago.

Further approvals will be required from City Council as the PNE is proposing that the municipal government provide the funds necessary for construction. Revenues generated from the improved PlayLand will be used to repay the City as early as 2034 and as late as 2050, according to Patrice Impey, the City’s general manager of finance, risk, and business planning.

When asked on whether the PNE explored looking for a private partner to move forward with its plans, McDaniel said: “There were minor considerations of that back in 2003 when the ownership was changing from the Province of B.C. to the City of Vancouver. I think that was put aside for a number of reasons. For one, the City, who owned the land, the facilities, and the organization known as the PNE, wanted to make sure that it had direct control over how it (the PNE) lived at Hastings Park and how it cared for Hastings Park on behalf of the City. The City felt that it wanted to be in control, to make sure that what was being done and how it was being done was done in a responsible way versus potentially a private organization being involved doing things differently, though not necessarily worse.”

Overall, improvements to the entire Hastings Park outlined in the Master Plan are expected to cost between $200 million and $300 million over the next two or three decades. The revitalization plan calls for significantly more greenery, which will increase the PNE’s maintenance costs by $4 million annually.

The renovation and expansion of PlayLand is necessary to not only renew the attraction but also provide PNE with more revenue to help cover the increased annual maintenance costs for the rest of the improved park. 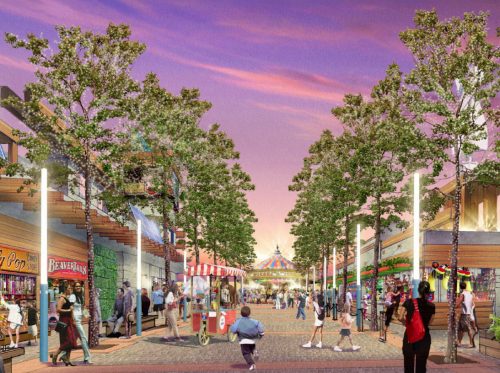 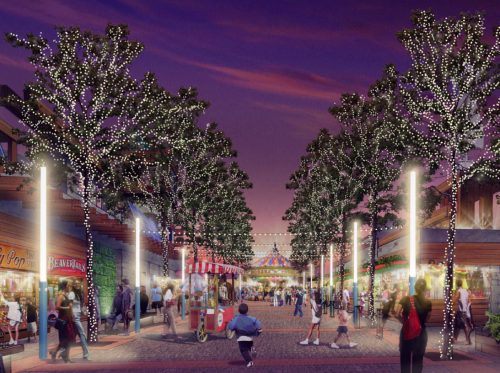 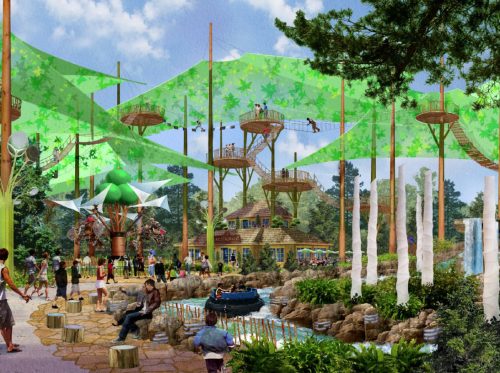 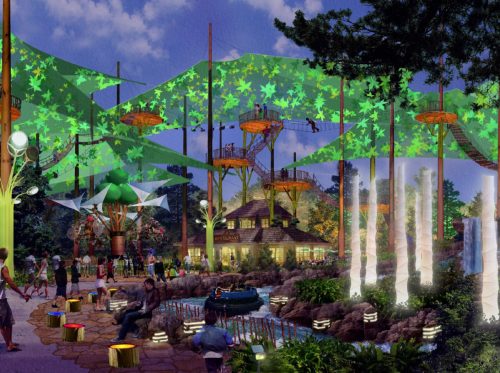 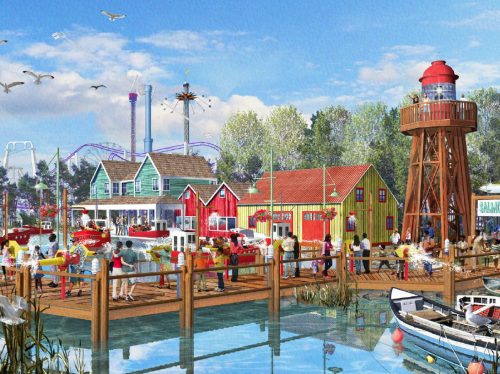 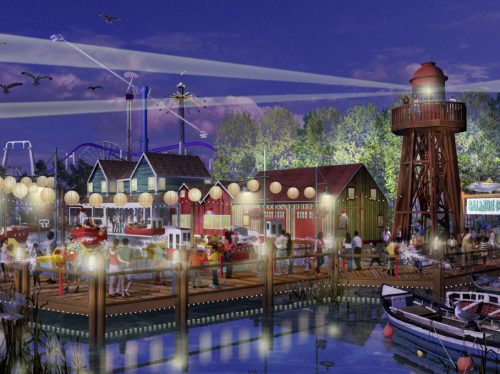 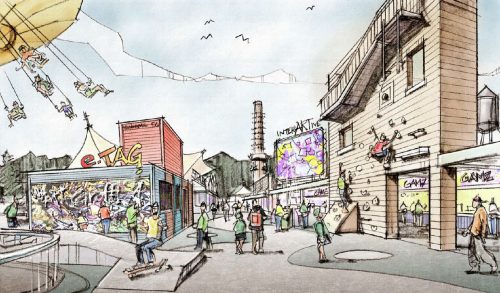 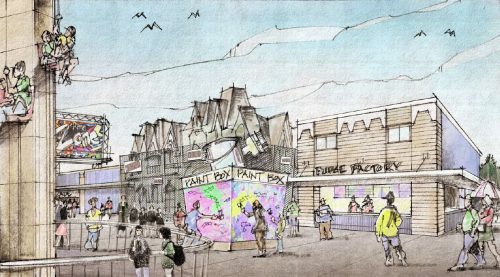 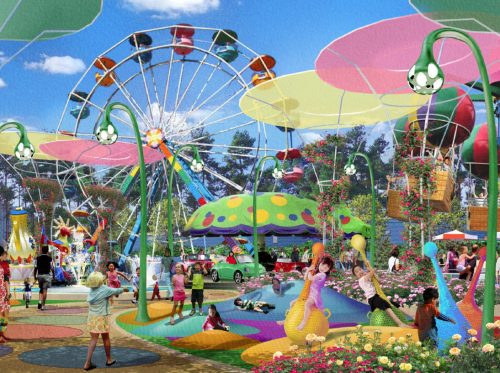 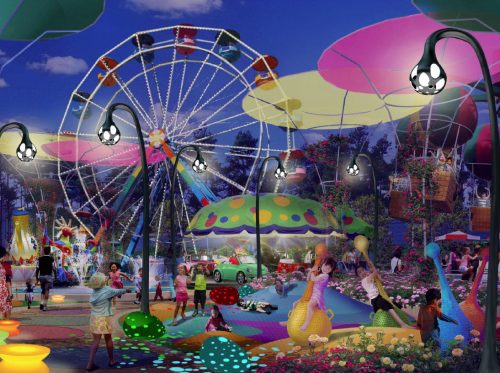 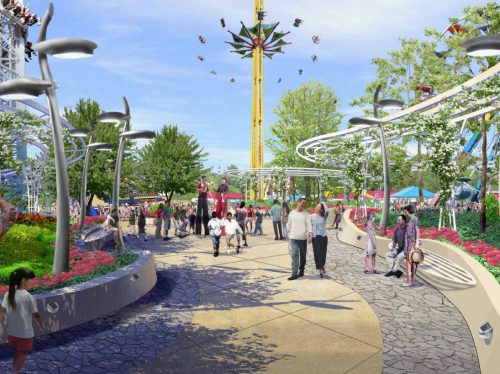 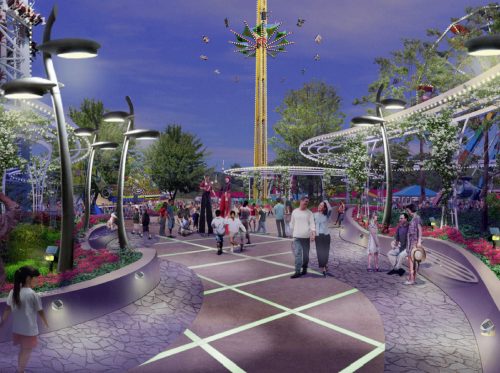 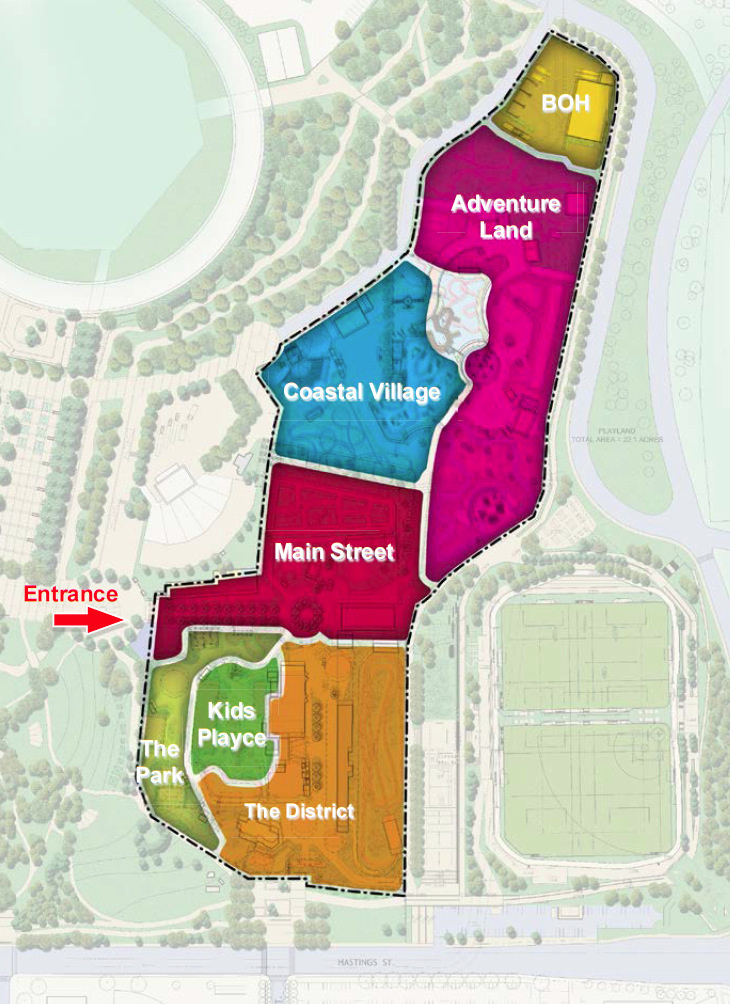 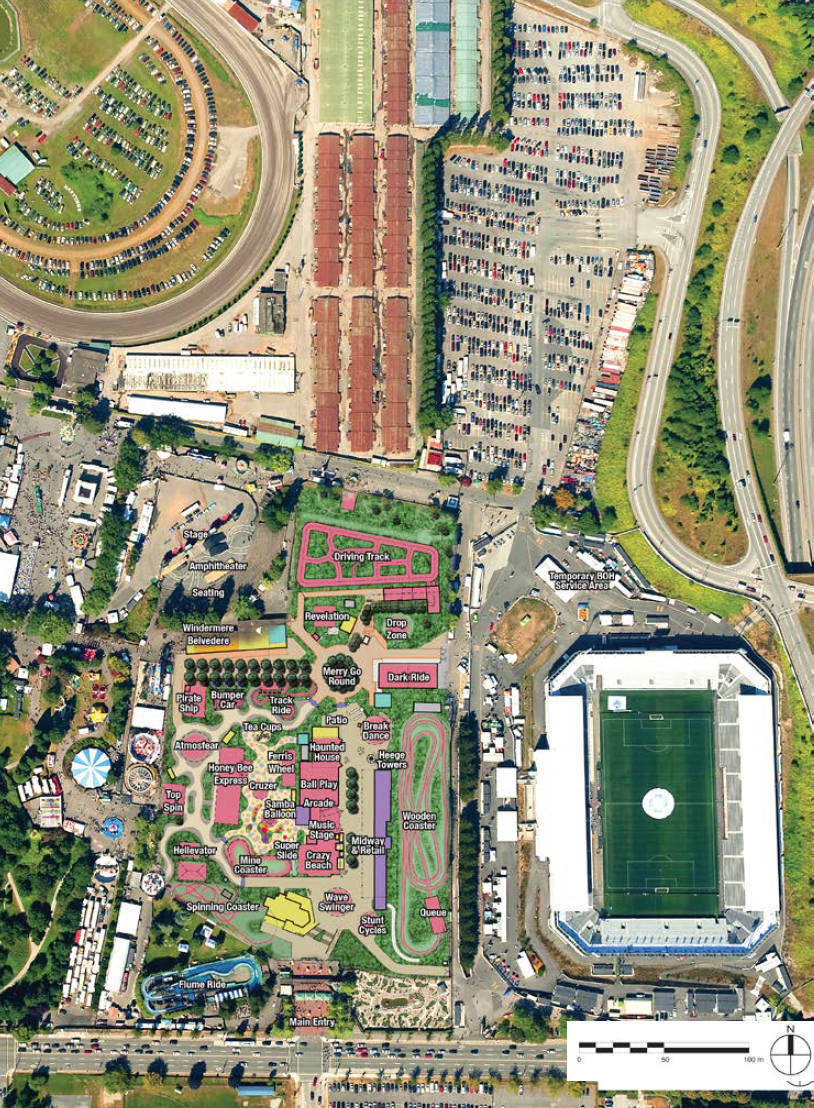 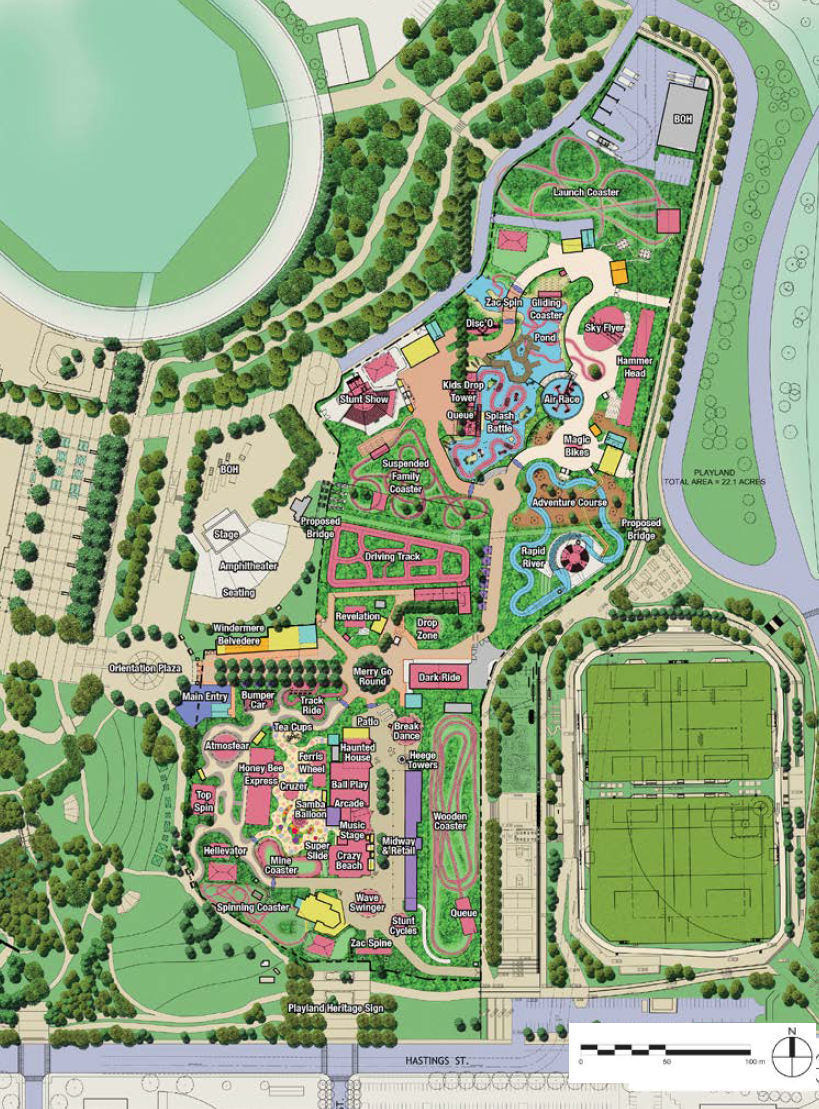 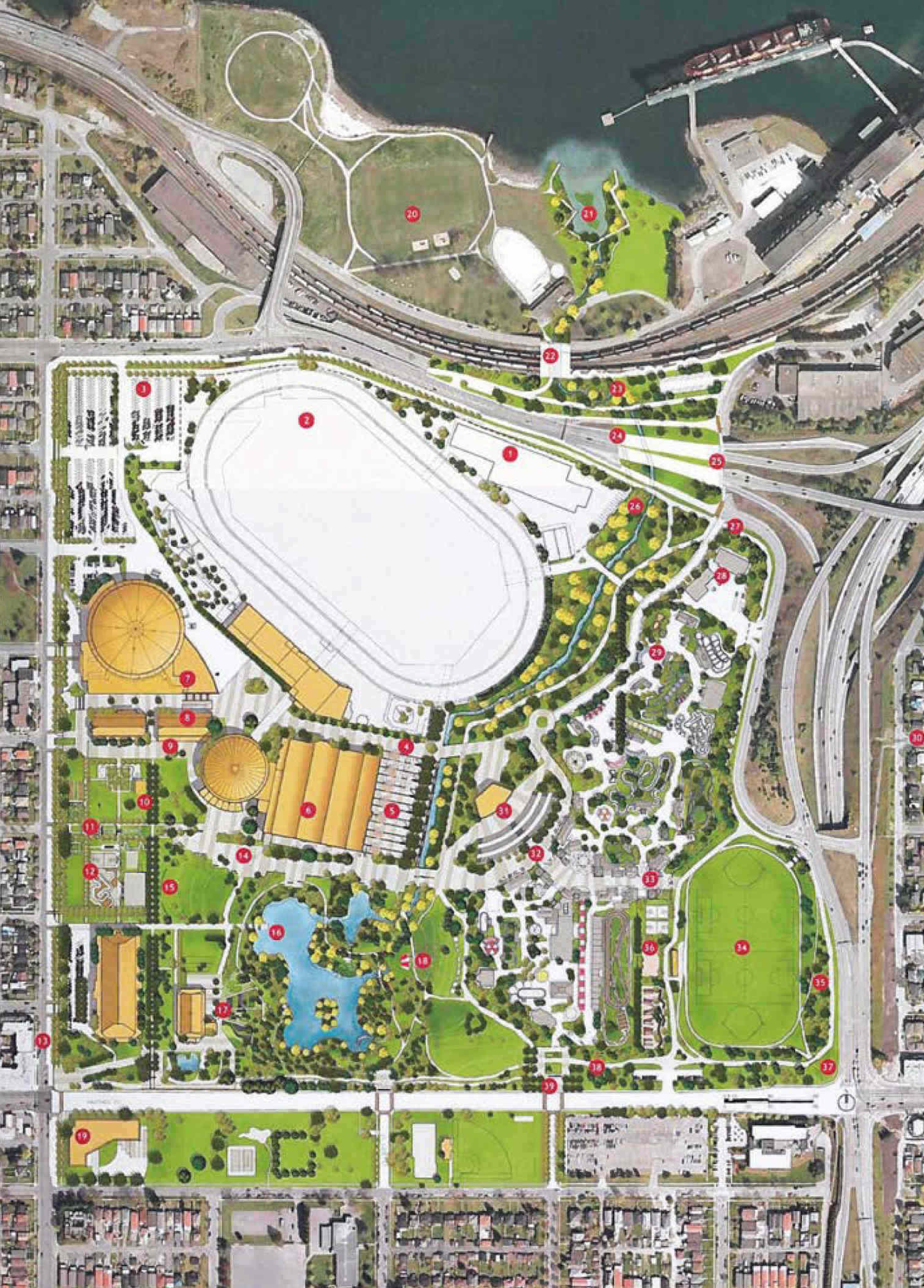