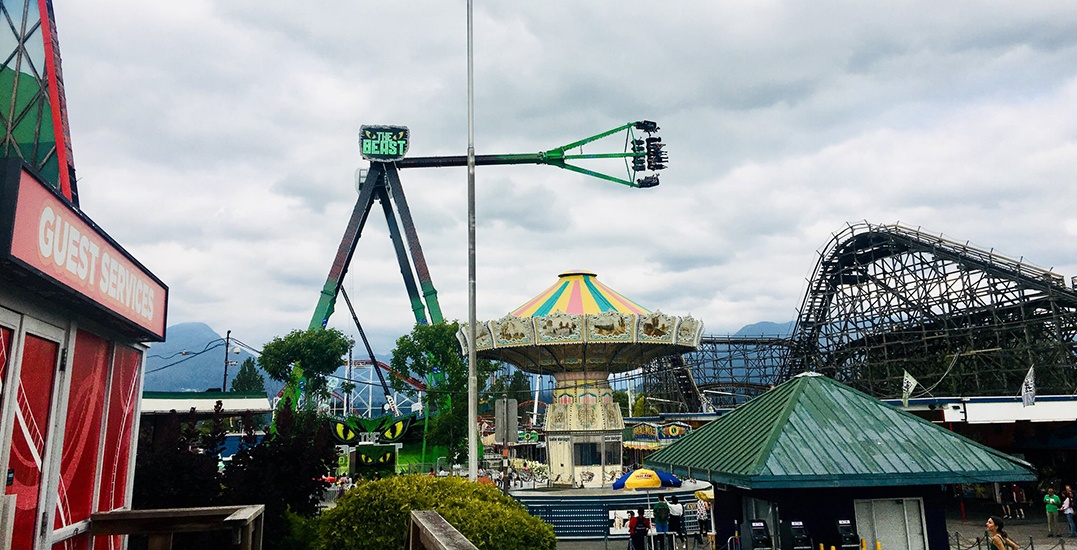 One of Playland’s recently-built attractions has reopened, following a malfunction that took place earlier this month.

On Tuesday, August 13, The Beast, a swinging pendulum ride, was stopped in mid-air, with more than a dozen riders still on it.

At one point, oil even poured out from the attraction, spilling on some of the riders and park visitors. Playland explained that the ride was stopped because of “a parts issue resulting in a loud noise while the ride was running.”

It was later determined that the problem was the result of a part within the ride’s gearbox breaking.

A new part for the ride, which was ordered from a European manufacturer, has since been received. The ride reopened to visitors on Saturday, August 24.

“We got a new gearbox and the ride went through a series of inspections — our team did a fantastic job of getting the ride up and running,” Laura Ballance, a spokesperson for the PNE, tells Daily Hive. “The ride re-opened on Saturday and it’s been running with no issues.”

“Visitors were very happy to have the ride return to our roster — it’s one of our most popular attractions,” she adds.