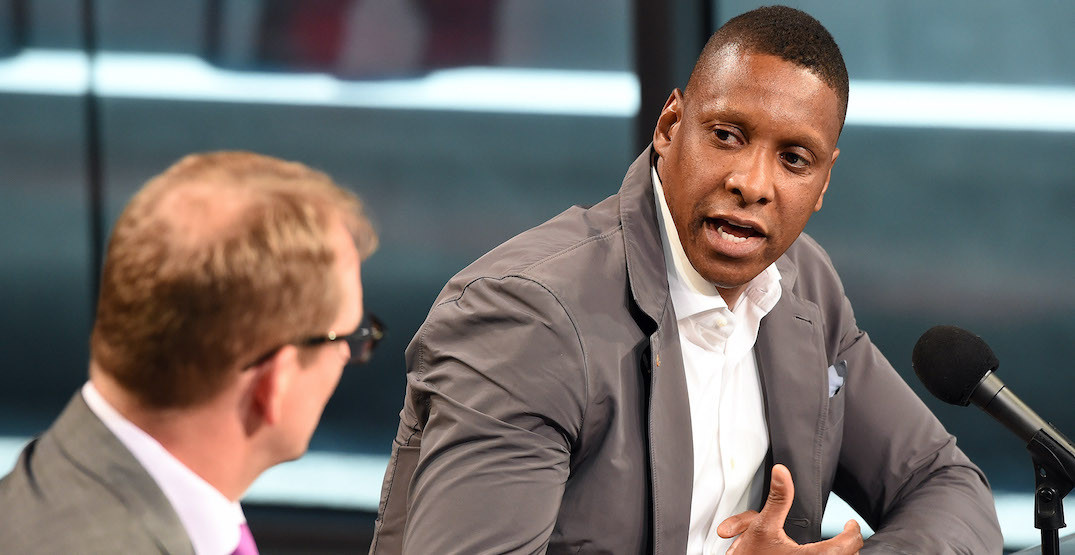 As the NBA trade deadline moves more into the rearview, the talk of the offseason, more specifically the draft, is growing louder for the Toronto Raptors.

With Norman Powell departing at the trade deadline and Lowry sticking around for the remainder of this season, the team is set for the final stretch of the season. However, a 1-13 month of March and with many top players resting like Lowry, Fred VanVleet, and Pascal Siakam, many in Raptors nation are looking to the offseason.

Currently, Toronto is projected to select at No. 10 in the upcoming draft, so we decided to look at who the Raptors may choose at that spot.

Using a compilation of mock drafts, we have selected the players who show up the most around where they are likely to draft. Here is a list of who the team may pick when they are on the clock on July 29:

James Bouknight is a 6-foot-5 shooting guard that averaged 18.7 points and 5.7 rebounds for the University of Connecticut this past season.

After having elbow surgery in January, scouts view Bouknight as one of the best scorers in the country. He has a great basketball IQ as he averaged less than three turnovers per game despite the majority of the UConn offence running through him.

The sophomore saw a jump in his points, assists, rebounds, and steals per game from his first to the second year with the Huskies.

Bouknight could be an excellent fit beside VanVleet if the Raptors want to move on from Lowry in the offseason. His size also allows him to take on more defensive assignments, which would help VanVleet pace himself on both ends of the court.

Kai Jones averaged 8.8 points and 4.8 rebounds this past season with the Texas Longhorns.

The sophomore forward saw an increase in all major statistical categories from year one to two. However, most scouts still view him as a raw prospect who will take some time to develop.

The Raptors have sorely missed centre depth with the departures of Serge Ibaka and Marc Gasol this past offseason. Jones can step into that spot and compete with new Raptors centre Khem Birch for a big-man bench role behind Chris Boucher.

According to Kyle Boone of CBS Sports, there is “lots to like about Jones’ game, from his freakish athletic ability, shooting chops and overall upside given his 6-foot-11 frame and body control.”

Keon Johnson is a 6-foot-5 guard from Tennessee who was ranked 23rd in the 2020 high school recruiting consensus index. He averaged 11.3 points, 3.5 rebounds and 1.1 steals per game. He shot under 30% from the three-point line as a freshman and finished with more turnovers than assists.

Johnson was named to the SEC All-Freshman team and scored 20 or more points in his final 11 games this past season. He is considered to have massive potential as a high-quality NBA player and is seemingly a fixture in the top 10 of many mock drafts released this year.

Scouts view Johnson as more of a gamble given his limited time in college, but his raw talent makes him worthy of being a lottery selection.

As seen with Fred VanVleet, OG Anunoby, and Pascal Siakam, the Raptors are willing to let players develop to become key players for them down the line. That is what they will need to do if they take Johnson.

Moses Moody is a 6-foot-6 guard that averaged 16.8 points, 5.8 rebounds on 35.8% three-point shooting during his lone college season with Arkansas.

In all but two games, Moody scored in double-digits this season on an Arkansas team that was the third seed during March Madness and made it to the Elite Eight before losing to eventual champions Baylor.

He is the prototypical “3-and-D” player that all teams covet. The long wingspan helps him play terrific defence, while his shooting is deadly enough that opposing teams have to respect it.

He’s another great guard option who could slot in beside VanVleet as the team will most likely move on from Lowry this offseason. Moody’s size and scoring ability will be very beneficial for a post-Lowry Raptors team looking to quickly make it back to the playoffs.

According to James Hamm of NBC Sports, “Moody has a good motor, solid basketball IQ and he might have more skills in his bag than what he’s shown so far at Arkansas.”

Scottie Barnes averaged 10.3 points, four rebounds, and 4.1 assists per game this season. Most of his work came off the bench for Florida State as he only started seven out of a possible 24 games.

The 19-year-old is considered a high-level passer, with his past 11 games seeing him deliver five or more assists per game. He is also projected to be a high-level defender due to his length, size and versatility.

While the Raptors have some forward depth in Siakam and Anunoby, defence is an excellent commodity to have in abundance. Considering this year that the team lost most of their starters for stretches, it is always good to get more depth at those positions.

“It sounds like he’s the type of prospect whose charisma, energy and passion for teammates’ success could move the needle and sway a decision-maker… even if a front office has questions about his creation and shooting skills,” says Jonathan Wasserman of Bleacher Report.

Many scouts are divided on Johnson after his abrupt ending to his Duke career, leaving after 13 games. This may be considered a pattern as he left his high school team halfway through the season as well. These two departures have led to speculation surrounding his commitment level.

However, these same scouts believe that he is a top-five talent who, in the right situation, can succeed at the NBA level.

Johnson has intriguing size but would be considered a long term prospect. With the Raptors getting younger, perhaps management would be interested in waiting for a prospect to develop into a potential star, just like they did with Siakam in 2017.