Those who are familiar with Platform 7’s original location, at Hastings and Nanaimo, would know that the space has been cleverly designed to resemble a Victorian-era London train station.

With a similar vision, co-owners Marke McNichol and Livio Susin are about to embark on a new journey, which will see them transform their recently acquired Broadway and Vine storefront into a Parisian train station setting. 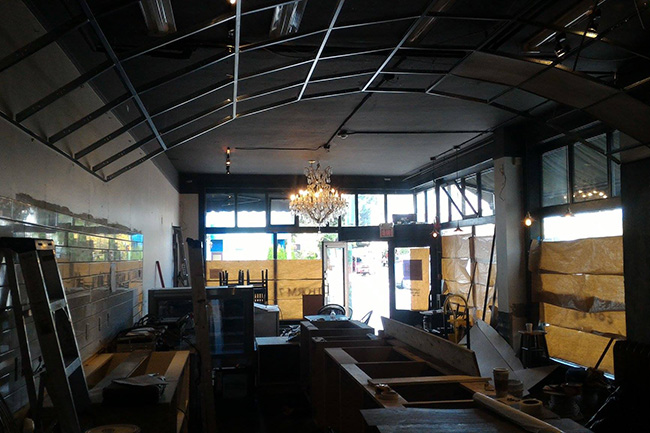 In terms of coffee, the 15 to 20 seat café will feature a variety of uniquely prepared and hand-crafted caffeinated beverages, using beans from Portland’s Stumptown Coffee Roasters, and poured by a team of dedicated baristas.

While the Espresso Bar will be home to a La Marzocco Strada, with Mahlkonig and Mazzer grinders, the Brew Bar will feature Japanese Siphons and Harios, Chemex, Aeropress and French Press.

As for edible treats McNichol says their food offerings will consist of a “wonderful selection of locally-sourced artisans baked goods along with gourmet sandwiches all made in-house.”