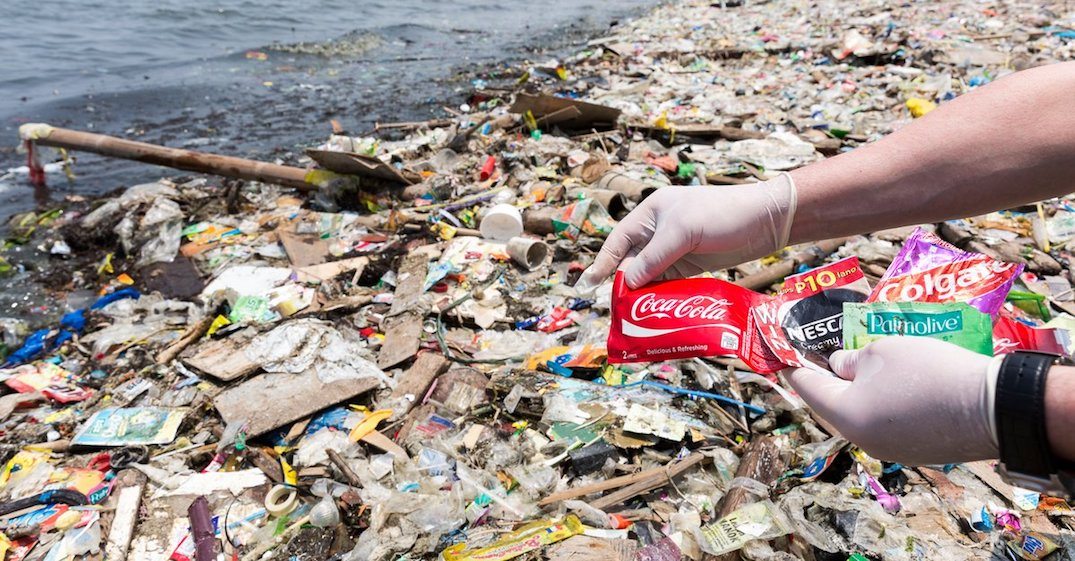 The largest plastic polluters in Canada have been officially named following a trash audit by Greenpeace Canada.

And for the second year in a row, Nestlé and Tim Hortons top the list.

According to Greenpeace, volunteers logged hundreds of hours sifting, sorting, and counting plastic packaging collected from beaches and rivers in Canada and around the world.

In Canada, their audit found five major polluters: Nestlé, Tim Hortons, Starbucks, McDonald’s, and The Coca-Cola Company, who were the most frequent multinational brands collected in cleanups, in that order.

There were 240 companies identified in this year’s audit of branded plastic pollution collected from Canadian locations, and 39% belonged to the top 5 polluters.

Nestlé accounted for about 12% and Tim Hortons, for about 11%. While the ranking order varied from location to location, Tim Hortons placed first in six of the nine locations.

According to Greenpeace, all of the companies ranked in the top 5 have noted recyclability, recycled content, use of bio-based or paper alternatives as alleged solutions to their plastic footprints. Still, recyclable plastics, contained recycled content or bio-based material were collected during cleanups.

Paper straws, compostable packaging and bio-plastic bags were also found in the environment in non-biodegraded states.

“Shoreline and community cleanups expose companies’ inaction and their failed attempt at green-washing,”said Sarah King, Head of Greenpeace Canada’s Oceans and Plastics Campaign in a release.

“We’ve collected everything from bioplastics to paper straws and recyclable lids and bottles, but it’s all still trashing our planet. Replacing single-use plastics with other single-use alternatives is a false solution that perpetuates our broken, disposal-centric business models. We cannot clean and bandaid our way out of this crisis, we need an urgent move away from disposables towards a reuse revolution.”

.@Nestle, @TimHortons, @McDonalds and @CocaCola are in the Top 5 Plastic Polluters list for the second year in a row, while @Starbucks steals the 3rd place.
It’s time they join the #reuserevolution and #BreakFreeFromPlastichttps://t.co/Czupe0d3Vz

House brand-labelled products by major national retailers including Sobeys, Costco, Walmart and Loblaw were also found among the polluting items.

Greenpeace Canada is calling for a nation-wide ban on single-use plastics that are regularly found in the environment, known to be toxic, end up in landfills, are burned despite recyclability claims, and that have existing alternatives.

The most common single-use plastic items to be collected fell into the following categories: (1) cigarette butts, (2) bottles and caps, (3) wrappers, (4) cups and lids, and (5) straws and stir sticks.

Bags, cutlery and other forms of packaging also landed in the top 10.