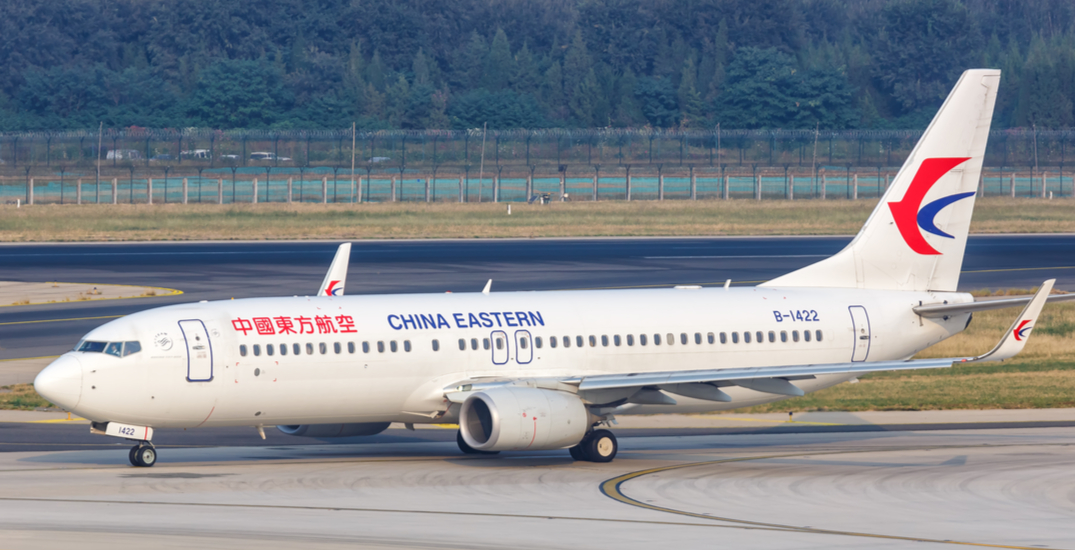 A commercial plane with 132 people on board crashed in Southern China on Monday afternoon while carrying out a domestic flight.

China Eastern Airline flight MU5735 was headed from Kunming to Guangzhou when it crashed into a range of mountains in the province of Guangxi. It was a Boeing 737-800 plane and caused a forest fire where it crashed.

The airline has turned its website black and white in mourning, as local media reports there is no sign of survivors.

Shen Shiwei, a Chinese state-affiliated media person, posted a clip of the crash captured by a mining company. It shows the plane nosediving into the mountains:

Local Chinese news website China Daily reports that 123 people aboard the plane were passengers while nine were inflight crew.

“The fire rescue team that first arrived at the scene discovered debris, but no remains of the passengers have been found so far,” reads China Daily’s update.

The plane crash also caused a forest fire, which has been put out thanks to local emergency units in Guangxi. Over 600 firefighters were dispatched to control the situation.

Chinese President Xi Jinping has called for emergency search and rescue efforts, as well as a full investigation into the cause of the crash.