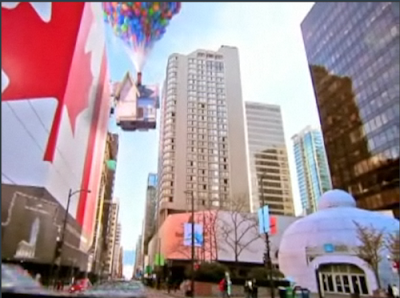 Yesterday was a huge step forward for Vancouver’s visual effects and film industry as Pixar Studios opened its new satellite office in Gastown. The office is temporary as the company is on the hunt for a permanent 20,000 sq ft studio. Rumour has it they may be one of the tenants in the GM Place office tower. This is Pixar’s first location outside of the United States and I’m sure all the visual effects and animation students are pretty damn exicited.
The studio will eventually house 75 full time employess. Its main focus for the time being will be in creating short 3 to 5 minute animated clips featuring established Disney Pixar characters. There is no intention as of yet to make feature films from Vancouver.
Pixar has said that Vancouver was chosen for its creative talent pool, proximity to Hollywood and yes its competitive film and production tax incentives. Furthermore, it certainly helps that people from all over the world would jump at a chance to work here. The only issue for most people is the high cost of living, however, the city and the province has done well in cultivating and fostering the creative industry, pair that with the push for green business and that may bring higher paying jobs to Vancouver.
With Sony’s Imageworks set to open up shortly in Yaletown and Digital Domain (opened this past January) currently working on Tron Legacy, Vancouver’s animatation industry is definitley on the rise. As Buzz Lightyear would say, ” To infinity and beyond!”
VancityBuzz.com