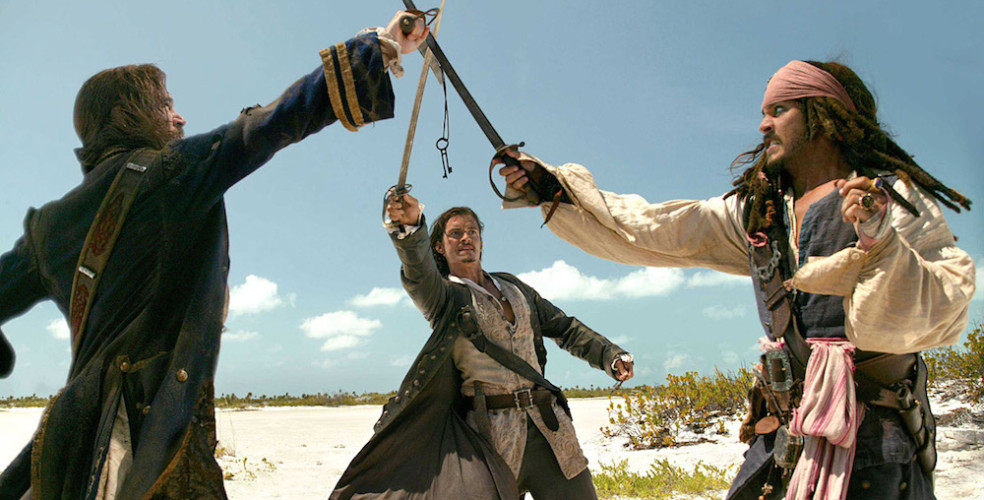 Johnny Depp, Orlando Bloom, and Geoffrey Rush will be in Vancouver beginning this week to film additional sequences of the fifth instalment of Pirates of the Caribbean‘s cinematic series.

Production will begin on March 24 and end on April 13 under the working title of ‘Herschel Additional Photography’, according to the Vancouver Sun. But temper your excitement if you are expecting to catch a glimpse of outdoor shoots: Most or all of the local filming will likely be performed indoors inside a studio facility.

Filming for Dead Men Tell No Tales began in Australia more than a year ago and ended in July 2015 after 95 days. The production suffered major delays due to a number of reasons, including cast experiencing extreme sea sickness, Depp’s legal dispute with the Australian government over allegedly smuggling his Yorkshire terriers, and quarantine delays over the monkeys that portray Jack the monkey.

Shortly after filming began, Depp was injured on set and had to be flown back to the United States for surgery. This suspended filming for two weeks.

By May 2015, nearly four months before filming came to an end, the film was reportedly already $70 million over its $250 million budget. The planned reshoots in Vancouver this spring could make the latest Pirates of the Caribbean sequel the most expensive movie of all time.

Canada’s low performing dollar and the established B.C. tax credit program, along with local industry talent and infrastructure, were likely factors in choosing Vancouver as the location for reshoots.

Pirates of the Caribbean: Dead Men Tell No Tales will be concurrently locally filmed with other big budget Hollywood film productions such as The Maze Runner: The Death Cure, Power Rangers, and Fifty Shades Darker.

Due to the delays and budgetary issues, Walt Disney Studios has delayed the sequel’s release date to May 26, 2017.