In recent months, someone or a group of people have started to deface murals, local stores and residential buildings with ‘No Pipelines’ graffiti tags in multiple Vancouver neighbourhoods.

The photo above was the original mural at Commercial and 5th Avenue that was ruined with the “No Pipelines” tag. The mural was subsequently repainted, as seen below, however, the mural was once again defaced, this time with the “Oil Spill” tag. 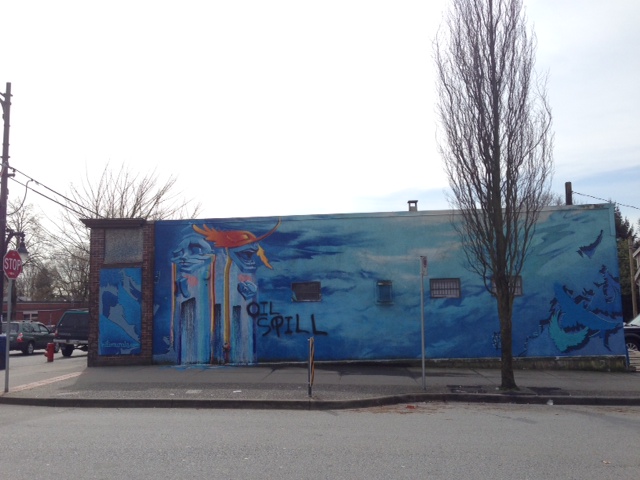 Sending an environmental message while using an aerosol can full of chemicals that are harmful to the environment also seems ironic.

Other areas in Vancouver that have the “No Pipelines” graffiti tags include Broadway (near Kitsilano and between Cambie and Main Streets), South Marine Drive and Victoria Street. The graffiti has also been seen in New Westminster and Burnaby.

Orange spray paint has been used on numerous bus stops across the region.

Have you seen anti-pipelines graffiti deface buildings and existing murals? Tweet your graffiti photos to @VancityBuzz with #PipelinesGraffiti and location (or send it to us by email via tips[at]vancitybuzz.com).